I can still remember the bar I was in when I watched the 2003 Colin Powell speech justifying the invasion of Iraq in front of the U.N. Security Council. He was impassioned, detailed and, as we discovered not long after the war began, utterly and purposefully incorrect. At the time, I trusted him and the case he made, and so did my fellow patrons. Not being day-drinkers, a majority of the Security Council did not feel similarly about Powell, and the resolution authorizing the war in Iraq was pulled before they could vote it down.

If I had known then that a few months earlier, American intelligence had launched an international operation to gather compromising information that could be used against those Security Council members in an attempt to blackmail them to change their vote, I hope I would have been doing something other than drinking dark beer and eating sausages in that moment. Only a few people did know about that directive when it went across the transom, and for each one of them, revealing it would have been something akin to committing treason.

SEE ALSO: ‘Angel Has Fallen’ Is a Neo-Noir for Our Age of Technological Paranoia

Still, one person did. A Mandarin translator working in British intelligence named Katherine Gun risked everything in an attempt to stop the war, printing out the memo detailing the operation and giving it to anti-war activists with connections to journalists. This being the age before Buzzfeed (Jonah Peretti’s website famously published the “Steele dossier” despite verifying none of it), the memo was rigorously authenticated by journalists before showing up on the front page of London’s The Observer.

After that, the world mostly ignored it and we marched into war anyway.

Gun is played with brittle fury by Keira Knightley in Official Secrets, Gavin Hood’s searing new film that tells her story and shows the cost of her act of conscience. It is a performance that viscerally revives the rage and heartbreak we all felt when we learned that the war was justified entirely by lies and deception. I have never felt as deep a connection with the Bend It Like Beckham actor than I did while watching her scream at her television, “It doesn’t make any sense!” as then-British Prime Minister Tony Blair twists logic pretzels in an attempt to connect Saddam Hussein’s regime with Al Qaeda, which was responsible for 9/11.

That Hood does not allow the anger he evokes to completely overwhelm the proceedings speaks to the efficiency and urgency of his storytelling. Instead, his film, the third in a series of surveillance state thrillers following 2007’s Rendition and 2015’s Eye in the Sky, is as concisely informative as an Economist article and as gripping as a beach read.

The movie is also manna for process nerds, showing three separate institutions—intelligence, press and  legal—trying to function under extreme pressure.

The most entertaining is the newsroom at The Observer, where we watch three reporter archetypes trying to make sense of the leaked memo. There is Rhys Ifans’ rakish D.C. bureau chief, Matthew Goode’s calmly reassuring foreign affairs editor and Matt Smith’s grinder of a desk reporter. (There is also the hilariously disastrous use of spell check that almost sinks the story before it can gain purchase.)

After Gun confesses to leaking the memo—her moral compass was such that she could not allow her coworkers to face scrutiny for her actions—the film becomes a legal thriller headed by Ralph Fiennes’ quietly remarkable performance as Ben Emmerson, a barrister specializing in human rights and international law. Watching Fiennes puzzle his way through a defense for his client’s apparent violation of the Official Secrets Act is to watch an actor whose depth of humanity is matched by the depth of his intellect.

As engaging as Official Secrets is, this is a strange time to escape to the movies to experience outrage at governmental corruption and dirty tricks. After about five minutes of scrolling on Twitter, most of us currently encounter more of that than we can rightfully process without our blood pressure spiking dangerously. Any more is likely to finish us off for good.

But the story Hood’s film tells is a vital one to revisit, not just because the deceptions it illuminates inform so much of the political and international morass affecting our daily lives, but also shows the power of a single act of moral courage, and it does so while being blisteringly entertaining cinema. Katherine Gun may not have stopped an immoral and illegal war that never should have started in the first place, but she tried, and that is the best we can ask of any of us. 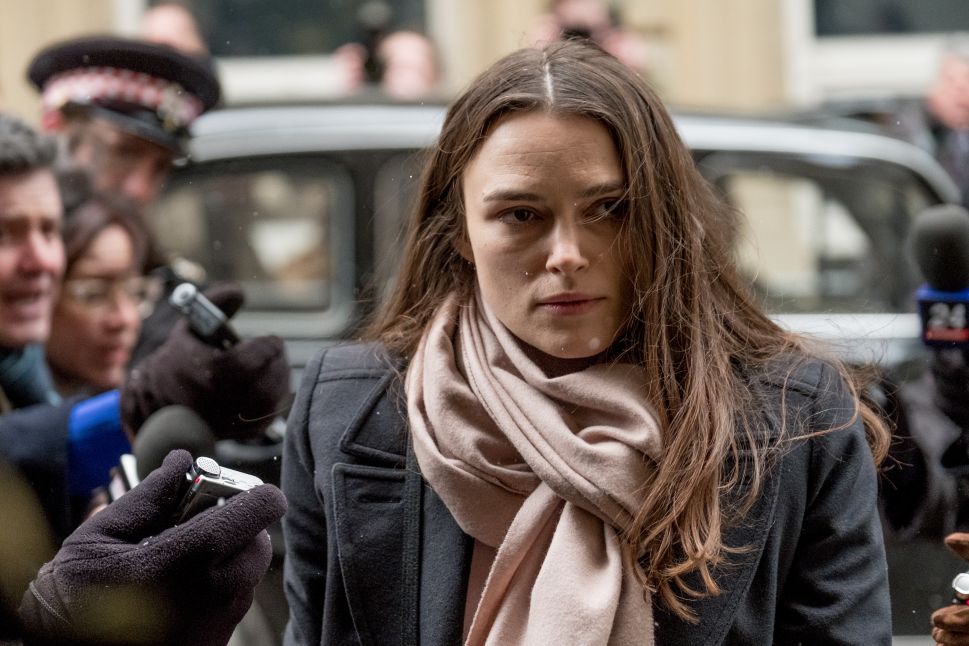