It doesn’t look like Kylie Jenner’s 22nd birthday festivities will be ending anytime soon. The Keeping Up with the Kardashians reality personality jetted off to Italy earlier this week to start celebrating her big day aboard a $250 million yacht, and now she’s moved the party to France.

Jenner, who is truly living her best life sailing along the Mediterranean with Travis Scott, their daughter Stormi, Kris Jenner, Corey Gamble, Scott Disick, Sofia Richie and other pals, began the getaway on the Amalfi Coast, with stops including Capri, Positano and finally Portofino, where they ended their Italian journey. The group then arrived in the South of France, in Cannes, on the yacht, per the Kardashian Wikipedia also known as E! News.

SEE ALSO: Kylie Jenner Is Having the Most Lavish Birthday Yet on Her Amalfi Coast Yacht Trip

Baby we should hit the South of France✨

They’ve been hanging out at Hotel du Cap-Eden-Roc, and the Kylie Cosmetics mogul proved that truly every person who visits the iconic Antibes spot really must take that same photo in front of the long drive leading to the hotel. We’ll give her a few points for creativity since she posted a full slideshow with Travis Scott and Stormi, and also for the very low-key Fendi stroller.

Just leave me be 🥰

The group dined at the hotel’s outdoor terrace and did some shopping, and also carefully documented all of it on Instagram. The Lip Kit connoisseur shared a few Instagram Stories from the lunch, adding that it’s the “best bday ever.” It’s not quite as adventurous a day as last weekend, when they all jumped from the yacht’s upper deck into the .

It looks like Kim, Kourtney and Khloe Kardashian aren’t joining the getaway, at least not for now, and Kendall Jenner is also missing—they’re all currently in Los Angeles, probably suffering from serious FOMO and considering booking a flight right now. It doesn’t seem like the birthday girl is ready to end the celebrations at any point in the near future, so they still have time! 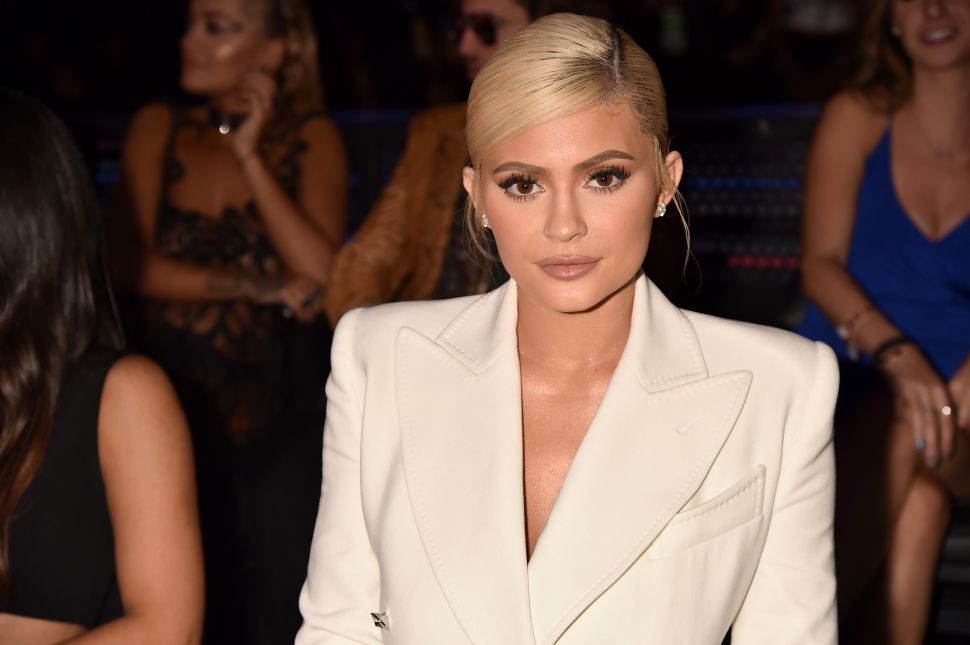