Written and directed in fitful doses of posit meandering by Casey Affleck, who is also the star, Light of My Life is another dour end-of-the-world epic that fails to live up to the sum of its parts. This is the future (although the film is unspecific about time and place). A killer plague (equally unspecific about details) has wiped out the women, leaving behind a surfeit of disillusionment and hopelessness.

SEE ALSO: White Supremacist Drama ‘Skin’ Is a Combination of Revelation and Horror

If you think you’ve wandered down this bleak path before, without the aid of Mapquest, I urge you to re-visit the far superior post-apocalyptic film version of Cormac McCarthy’s Pulitzer Prize-winning novel The Road. This one is too close for comfort to The Road to inspire much fresh or original thinking.

Affleck plays a man identified only as “dad” who strives to protect his daughter Rag (Anna Pniowsky) by disguising her as a boy to accompany him through a depleted landscape of empty forests, maxed-out towns and deserted houses in search of…what? A reason for living? One minute short of two hours, the quiet melancholy tone wears down viewer patience fast. The undeveloped characters and their reluctance to articulate who they are and were, or what they used to believe in, keeps us at a monotonous distance.

There is always an unexplored threat of impending violence, but nothing shattering ever really happens to keep the audience involved or caring about what lies ahead in the next scene. Affleck’s trademark laid-back delivery is verbal Valium.

Light of My Life is brutal and nightmarish, but never as haunting as The Road, and lacks the heart with which Viggo Mortensen infused that 2009 film with such unforgettable intensity. Filmed largely in darkness without much hope beneath the desolation, there’s not much light in Light of My Life. 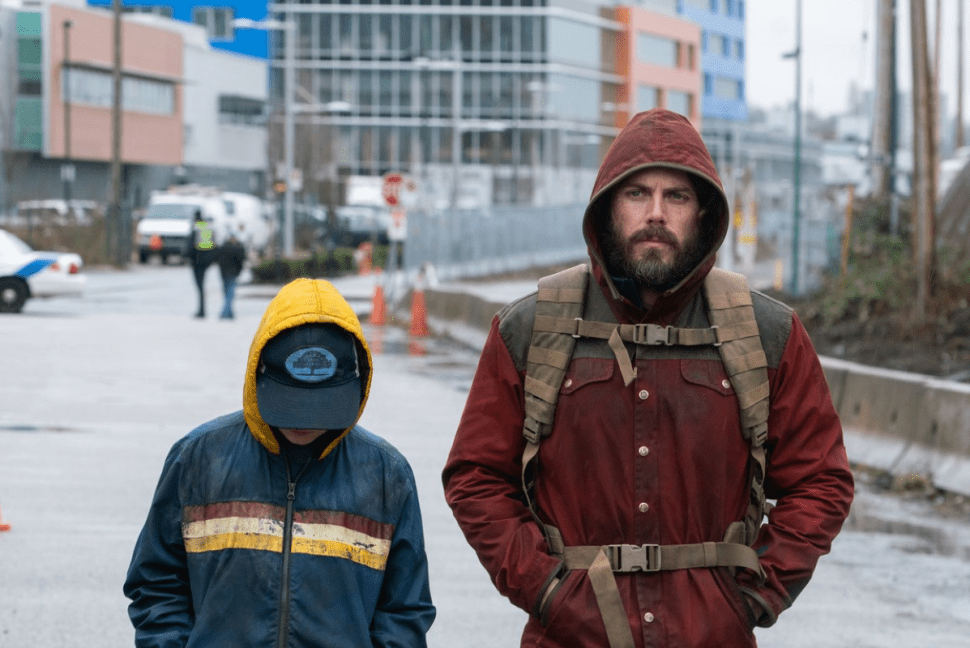