Struggling department store chain Lord & Taylor has found a savior in none other than a Silicon Valley startup.

Lord & Taylor, which has been facing financial problems, was sold by Canadian parent company Hudson’s Bay to San Francisco-based Le Tote, an online clothing rental service. The deal, worth $100 million, will include an upfront payment of $75 million by Le Tote, with the rest due in 2021.

The two companies announced the news this week, with Le Tote CEO Rakesh Tondon telling CNBC’s Squawk Box, “What we’re trying to do is merge tradition with technology.”

The move was also prompted by current low interest rates, giving the startup an opportunity to grow more sustainably. “The market is great for debt right now and rates are really affordable,” Tondon said. “So we thought this made a ton of sense to finance this with debt.”

As part of the acquisition, Le Tote will begin operating Lord & Taylor’s stores throughout the country, as well as its online shopping portal. The deal, which follows layoffs of a third of Lord & Taylor’s corporate employees last year, will include keeping most of the current employees.

The move isn’t the chain’s first brush with the tech industry. Lord & Taylor, founded in 1826 and considered one of the oldest department stores in the country, recently sold its flagship Manhattan store to co-working giant WeWork. That deal, which closed for $850 million in February, has seen the iconic Fifth Avenue building shuttered for the foreseeable future.

Le Tote’s current Rent the Runway-esque model—charging customers a monthly fee of $79 to rent clothing—will also benefit expansion into brick and mortar. Tondon explained that another factor that went into the acquisition was the ability to use Lord & Taylor physical locations as pop-up shops for Le Tote items. As the CEO put it, “We’re going where the customers are asking us to go.” 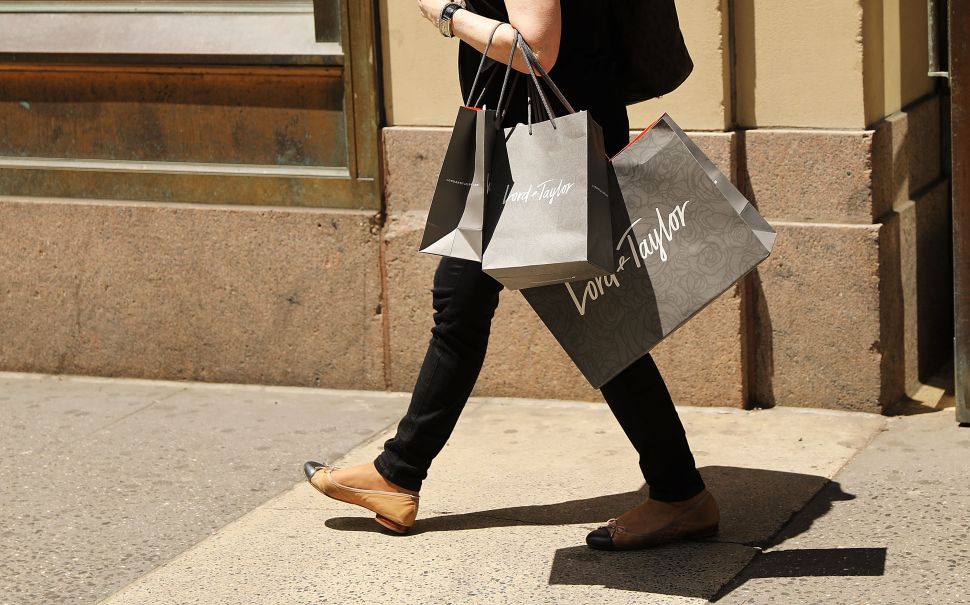