Musician, style icon and provocateur Kim Gordon is practically inextricable from the art world. As the vocalist, bassist and guitarist for Sonic Youth, she helped solidify a streak of 1990s’ cool into an instantly legible visual aesthetic. Now, with the release of her debut solo album on the horizon, this week Gordon released a music video directed by the German experimental artist Loretta Fahrenholz that adds a fascinating new layer of nuance to her combative, bruising body of work. Fahrenholz, who is represented in New York by the gallery Reena Spaulings and in Berlin by Galerie Buchholz, may not be as well known as one of the biggest rock stars in America, but her perspective is just as demandingly intense.

The music video, which is for a track called “Sketch Artist,” finds Gordon instantly dissolving the lines between herself and her audience in a way that feels very 2019. She appears to us as an omniscient Uber driver decked out in sparkling eye shadow, driving placidly through a sun-drenched cityscape while the crunchy electronic pulse of the song explodes around her. While Gordon drives, people walking down the street suddenly fall to the ground, thrashing.

This narrative is very much in keeping with the practices of Fahrenholz, a Berlin-based existential horror movie aficionado who’s perhaps best known for her 2013 short film Ditch Plains. In the 30 minute video, a group of street dancers wander the abandoned alleyways of a city that has been utterly desecrated, although it’s unclear by what. Bodies contort and lash out at odd angles, as though man and machine are melting together and simultaneously being driven apart.

Fahrenholz’s video art, which also includes My Throat, My Air (2015), Implosion (2011) and many others, surrounds these uncomfortable sensations of disillusionment. She shines a spotlight on sensations that have arguably been exacerbated by the ubiquity of services like Uber. We’re surrounded by efficiency and surrounded by other human beings, but we’re also somehow always totally alone.

Fortunately for the sake of fruitful artistic collaboration, it seems as though Gordon has been pondering these issues just as much as as Fahrenholz has. Her solo album, which is called No Home Record, is filled with song titles that fit squarely into the center of the anxious zeitgeist: “Air Bnb,” “Earthquake” and “Murdered Out” are just a few examples. 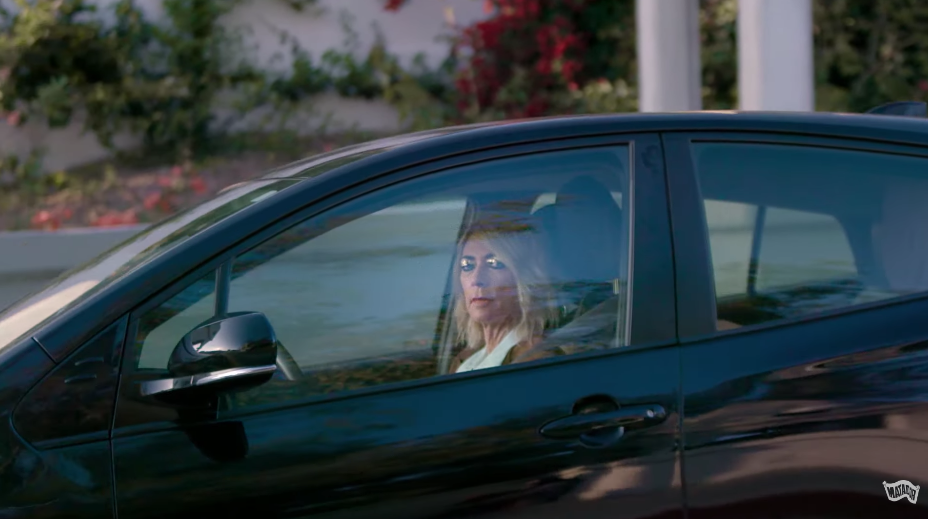