Time has bestowed upon us some of the greatest classic rivalries of history. There was Aaron Burr vs. Alexander Hamilton; Nikola Tesla vs. Thomas Edison; Coke vs. Pepsi; and of course, Mark Zuckerberg vs. the Winklevoss twins—everyone’s favorite/least favorite bro-y genetic duo.

SEE ALSO: Libra Makes All the Sense in the World, But It Has One Problem

Cameron and Tyler Winklevoss have long been known for their rivalry and legal battles with their former friend-turned-foe Mark Zuckerberg. To recap, Zuckerberg and the Winklevoss twins were all college chums at Harvard.

Great story if it ends there, but there’s more…

In 2003, the twin brothers recruited Zuckerberg for their campus social media project. Yes, long before the Facebook platform was used to turn the tide on presidential elections by becoming a playground for Russian bots, the original plan was to create a campus directory. But Zuckerberg ran off with the Winklevoss’ idea. Legal battles ensued. A David Fincher movie followed.

As Observer mentioned earlier this year, Zuckerberg settled the lawsuit by paying the brothers $65 million in cash and Facebook shares—mere chump change for Zuckerberg.

Well, you can imagine that things turned out OK for Cameron and Tyler Winklevoss, two men whose mere names ooze blue-blood money. And why let a little thing like the stealing of an idea that turned into the biggest social media platform in history get in the way of old friends?

As if many years of therapy have brought him to this place, Tyler Winklevoss told CNN: “Facebook was a dispute, but it didn’t really define who we were as people. Gemini’s much more of a representation of who we are, what we stand for, what we’re interested in.”

Could this be a slightly antagonistic move by Zuck to choose a zodiac theme for a cryptocurrency company name?

But this isn’t a story about old rivals; this is a story about the future of a cashless society. “I think there is a day in the future where we can’t live without crypto or imagine a world before crypto,” Cameron Winklevoss told CNN.

The twins were early Bitcoin billionaires, buying into it when it was worth roughly $8. Bitcoin now has a value of around $10,000.

So, what would be the benefit for Zuckerberg to partner with Gemini? Well, Gemini is available in 49 states, as well as the United Kingdom, Singapore and several other countries. The goal is to gain regulatory approval in other areas around the globe.

That’s what the Winklevoss twins bring to the table, if they were to partner with Libra. Since Facebook’s announcement of the launch of Libra, there’s been a push for new cryptocurrency regulations. Why? Lawmakers fear that Libra will try to rival the U.S. dollar and destabilize our current currency—essentially making Facebook, through its massive audience, the most powerful company in the world… that’s all.

Facebook has already announced the 28 “founding members” for its governing body the Libra Association, which includes Gemini competitor Coinbase. The company’s plan is to have 100 members in place in time for its launch in 2020.

So we shall soon see if Zuckerberg and the Winklevoss twins kiss and make up, as Libra potentially become the most powerful cryptocurrency on the planet.

I’m just wondering which actors will portray the trio in The Social Network 2? 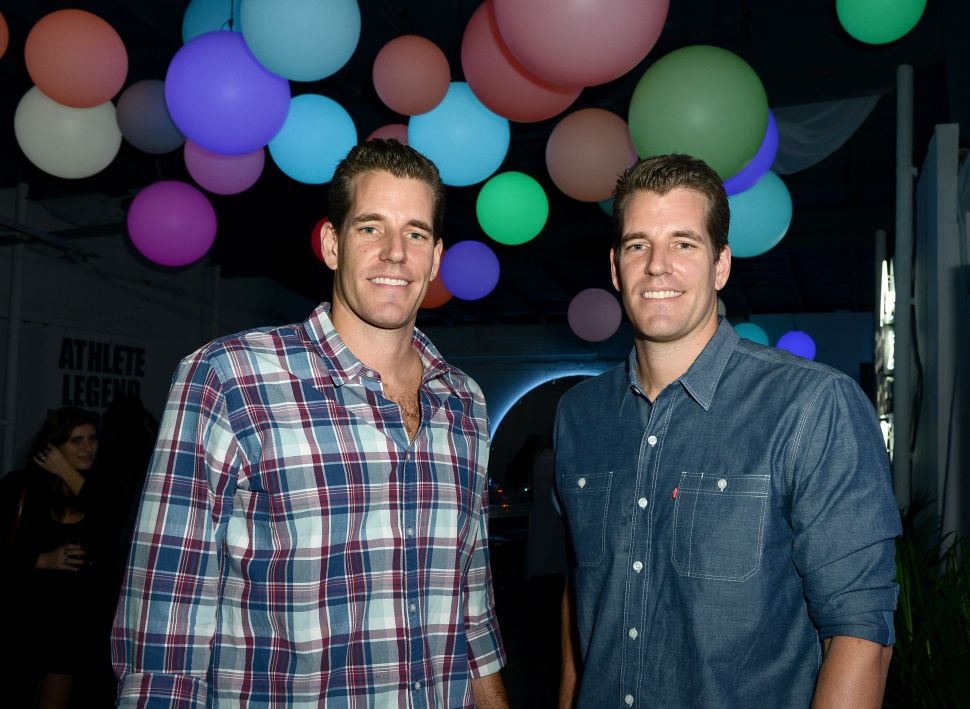