What do an elderly couple with a small nest egg and a spouse with dementia, as well as a young family with a bright future but an ailing daughter have in common?

Both are possibly considering the extreme step of “medical divorce.”

SEE ALSO: How a Broken Engagement Will Change Your Feelings About Rings

For those who make some money—too rich to qualify for Medicaid, but too poor to afford expensive care—dissolving the bonds of matrimony is a painful choice many loved ones have to make. Is there anything that can be done to save the marriage?

Growing Old and the Grim Reality of Medical Divorce

Usually when a couple splits up, we think of young people and “irreconcilable differences.” But while divorce rates are now inching down, especially among today’s 20- and 30-somethings, it’s on the rise with older couples, according to financial planner Eve Kaplan. And it may have to do more with medical bills than infidelity or arguments.

“In my financial planning practice, I deal with the emotionally fraught issue of spiraling medical/long-term care costs,” Kaplan wrote for Forbes. “Counseling someone to consider divorce to stave off financial ruin is ‘difficult’—to say the least. For the healthy spouse, this advice can feel profoundly wrong and immoral, despite the best intensions of well-meaning financial advisors and attorneys.”

Kaplan wrote about a painful case of an elderly couple maxing out their savings, with little chance of replenishing them or having available assets to cover the surviving spouse. An elder care attorney recommended the dreadful decision of divorce for the happily married couple.

Sadly, it’s not an isolated case for such a cruel choice. Before the days of Obamacare, Nicholas D. Kristof penned the story of another retired couple having to make another no-win choice, as the husband suffered dementia. The wife was told that her assets could be seized to pay for the care. A hospital and social worker recommended divorce, sacrificing the marriage for financial security. It’s a horrible choice for the healthy spouse… abandon care or go bankrupt.

Think it’s just about the elderly or lazy people or penny-pinchers failing to get health insurance? Think again.

Not long ago, Today profiled the plight of an army veteran, his wife and two kids, as reported by Eun Kyung Kim. One of their children has Wolf-Hirschhorn Syndrome (WHS), requiring constant and costly round-the-clock care. The husband makes money (too much for Medicaid) and has health insurance for the whole family, but it’s not enough to cover all of the looming expenses. The unthinkable prospect of separation for this loving couple is another reality of this tragic choice.

The American Journal of Medicine has reported that nearly two-thirds of bankruptcies are the result of medical bills, a portion that’s been on the rise leading up to the health reform debate, as Kristof noted. In more than three-fourths of these medical bankruptcies, the family had health insurance, prompting the passage of the Affordable Care Act (ACA).

But these aren’t just empty statistics. My neighbors have a wheelchair-bound child who has never uttered a word or taken a step in his life, ever. He requires constant nursing care. My kids are some of the only non-adults who attend his birthday parties. If it wasn’t for a successful judgment—and a loving community that grew to embrace him and enable him to play a form of baseball for children with similar conditions—I can’t imagine what would happen to our friends down the street. Others are not so fortunate, leading to this Hobson’s choice.

What Can Be Done to Save Marriage From Medical Divorce?

There is some good news; not all couples need to fear splitting up over the likelihood of medical bankruptcy.

In Divorce magazine, Lindsay Engle recommends individual policies and not just having a spouse stay under one working parent’s insurance plan, but self-insurance isn’t cheap, she reveals. Additionally, supplemental COBRA coverage and temporary protections can allow an ex-spouse to get covered under certain conditions, but costs are a concern as well. She recommends assessing whether your insurance and both in the marriage will accept legal separation and limited divorce, but it’s best to check with an attorney, as well as study the policy.

After couples become older than 65, Medicare kicks in.

“A person will generally qualify for Medicare at the age of 65, if they worked for the equivalent of 10 years and qualify for Social Security,” Engle wrote. “If you do not have 10 years of work history but you were married for at least 10 years to someone who does qualify for Medicare, you may still qualify through your former spouse’s benefits. There are some conditions that will need to be met for qualification: You must be unmarried. If you were not married for at least 10 years, you will need to have been married for at least one year before the date of your spouse’s death. You need to be 62 years old or older. Your former spouse must be entitled to Social Security retirement or disability benefits and your entitled benefit is less than that of your former spouse’s benefit.”  Medicare supplements and Medigap plans are other options, even as they cost money as well, Engle added.

Sometimes, it helps to live in a state that is more conscious of health care costs. David Slusky and Donna Ginther revealed in their 2017 paper for the prestigious National Bureau of Economic Research that states where the ACA expanded Medicaid, the likelihood of divorce declined by 11.6 percent among college degree-holding couples between the ages of 50-64. Attempts to roll back such plans and protections could exacerbate medical divorce, noted The Washington Post, with data confirming the NBER study.

Regardless of your personal situation, or the politics of health care, a report from CBS News recommends to plan for the future now, and not wait until bad news emerges: “Today, while long term care insurance can still make sense, couples can’t purchase it once they’re already facing an illness and know they will use the coverage. Instead, all families can do is try to talk about contingency plans before one spouse gets sick.” 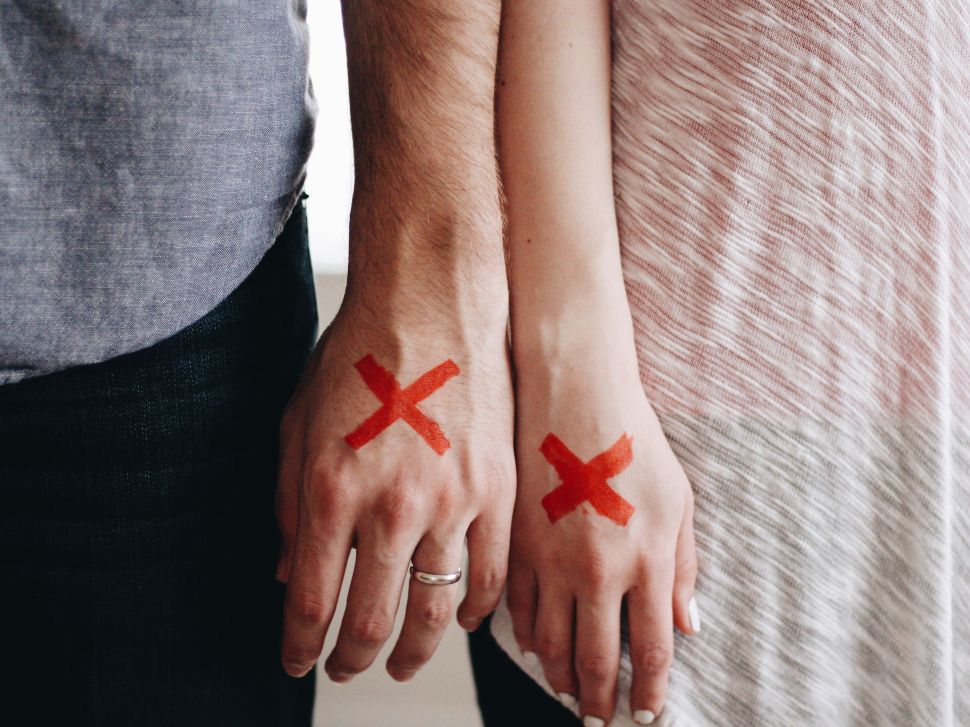