When Mexico’s populist new president, Andrés Manuel López Obrador, was elected in July of 2018, fears of an outflux of creatives and a halt in the local art market swept the country. Now, just seven months into his swearing-in ceremony, art and culture have already suffered a budget cut of nearly 1,000 million pesos (50 million USD), making the budget the lowest it has been in the last 12 years.

But despite López Obrador’s austere new policies and mounting tensions with the United States over the past year (including threats of Trump’s withdrawal from NAFTA), the global buzz around Mexican artists and galleries seems to have hit a high point. “We are continually bombarded with invitations to participate in fairs all over the world, and I believe that this is due, in large part, to the fact that we are ‘Mexican,’ or rather based in Mexico City,” said Chris Sharp, who co-runs the project space Lulu along with Mexican artist Martin Soto Climent.

OMR, one of the city’s longest-running and largest blue-chip galleries, participates in an average of five international fairs annually, this year adding the inaugural edition of Frieze Los Angeles to their belt in order to “have more sales and foreign clients in case the Mexican market slows down,” said Ana Paula de Haro, the gallery’s Sales Director. Kurimanzutto, the Mexico City-based powerhouse gallery with an artist roster including Sarah Lucas and Jimmie Durham, opened a Manhattan outpost in May of 2018 in a similar effort to increase the gallery’s presence in the United States in the case of a market slump in Mexico.

But the penchant for buying of OMR’s core client base, made up of mostly foreign collectors, has all but waned in recent months, with many making important acquisitions in 2019. “The art scene in Mexico is growing every year and there are many new collectors that we have met very eager to start buying art,” de Haro said.

For smaller gallery models like Lulu, accessing local collectors hasn’t been so easy. “Lulu has recently become known for introducing largely unknown emerging positions, which is something that the highest echelons generally don’t pay attention to,” Sharp said. On top of that, whether because of uncertainty related to López Obrador’s recent election or because of the market downturns affecting all of Latin America, several of Lulu’s most loyal collectors have put all buying on hold. “The market, at least in our small corner-of-the-sand-box understanding of it, has hit a serious slow-down,” Sharp said.

What poses the biggest problem is Mexico’s lack of infrastructure. Though film has been the cultural sector to suffer the most from the president’s policy of austerity, as of 2019, no more resources will be allotted to the “Programa Anual de Proyectos Culturales,” the state’s annual fund for emerging cultural projects.

“There’s no shortage of interesting work or artists to exchange with in Mexico, rather a shortage of engaged and committed collectors, and, most importantly, institutions to support said projects,” said the director of Galería Mascota, Javier Estevez. The biggest challenge in accessing international collectors for Mascota, a relatively new gallery located in the Roma Norte neighborhood, have been the financial obstacles of participating in fairs abroad.

Lulu responds to many of Mexico City’s structural issues for smaller galleries by running their little over 200-square-foot Roma space in a non-hegemonic way. The gallery’s annex space in the Roma neighborhood of Mexico City is currently showing the work of German, Berlin-based painter Lea von Wintzingerode, who Sharp provided with a makeshift residency complete with a studio, a work space, and lodging when she expressed the desire to do a residency in Latin America. The paintings she produced during her two-month stay in Mexico City are charming meditations on gender, social relations, and representations of women in art history.

Through programs like these and others (Lulu also hosts an irregularly scheduled recurring group exhibition titled “The Lulennial” and has an ongoing collaboration with the Brussels-based gallery share La Maison de Rendez-Vous), Lulu proves a testament to the potential of small spaces in a market dominated by the mega-gallery industrial complex.

“I think there was a time when people expected poor  materials nested in perapetitic practices when it came to Mexican art,” Sharp said. “But now, what constitutes Mexican art or ‘Mexican-ness’ is changing, becoming much more fluid, multifarious and open.” 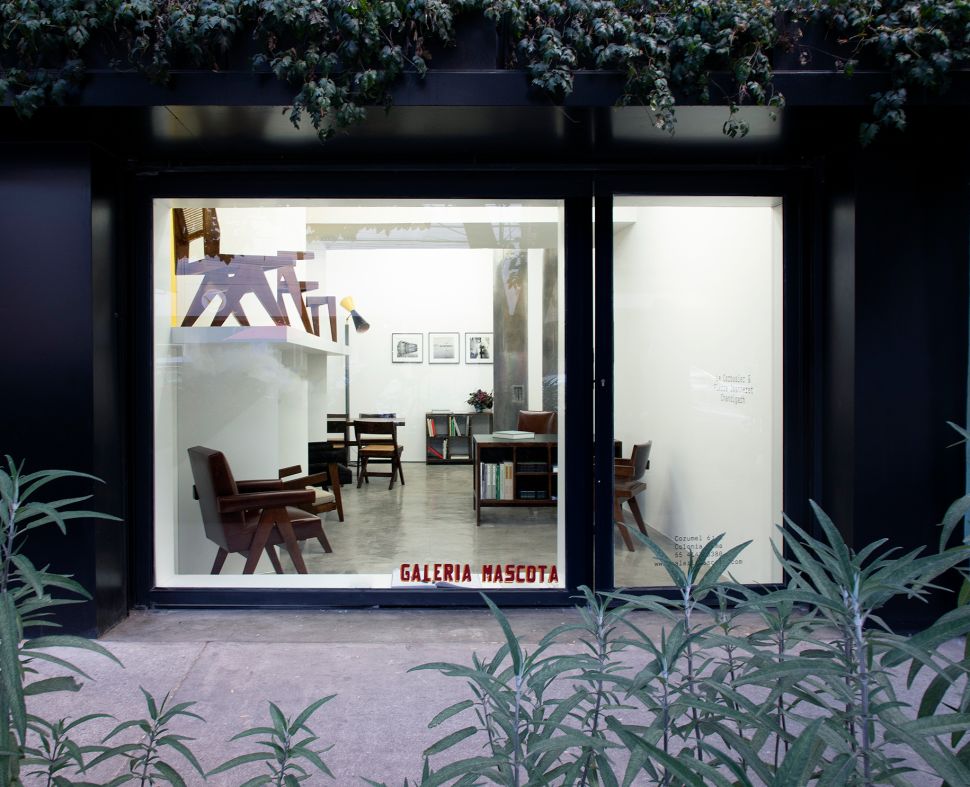