Photographer Nan Goldin, one of the primary documenters of intimacy and fringe struggle in 1980’s New York City, has in recent years become a powerful advocate for prescription drug addiction intervention. She’s organized die-ins and protests in major institutions all over the world, particularly calling for the Sackler family to take responsibility for their role in manufacturing Oxycontin, the central narcotic that’s largely driven the opioid crisis. On Wednesday morning, Goldin and a number of other activists were arrested at protest that took place outside governor Andrew Cuomo’s staff office: the group had gathered there to call attention to the escalating number of overdose deaths in New York City.

Photographer and activist Nan Goldin has been arrested among others in front of Cuomo’s office in Manhattan pic.twitter.com/btGLJAg2KZ

Cuomo has proposed an opioid tax in order to punish pharmaceutical companies for their role in distributing addictive drugs. However, activists counter that the millions of dollars the governor has also allocated towards recovery and treatment programs will be misspent if some of it doesn’t go towards opening overdose prevention centers, which have been proven to save the lives of struggling addicts in crisis.

The Sackler family and the opioid epidemic has already been at the fore of the news cycle this week, buoyed by the announcement that Purdue Pharma is offering $10-12 billion in order to settle over 2,000 lawsuits filed against the company, including one suit filed by the state of Pennsylvania.

Goldin has staged protests against the Sackler family—who were often lauded for their extensive artistic philanthropy—at the Guggenheim museum in New York, the Louvre in Paris and at Harvard University museums in Cambridge, Massachusetts. Goldin is certainly one of the most powerful and influential voices in the art world advocating for industry reform, which makes her arrest all the more relevant to the issue overall. Observer reached out to Goldin’s representatives at Marian Goodman gallery for comment, and will update if we hear back. 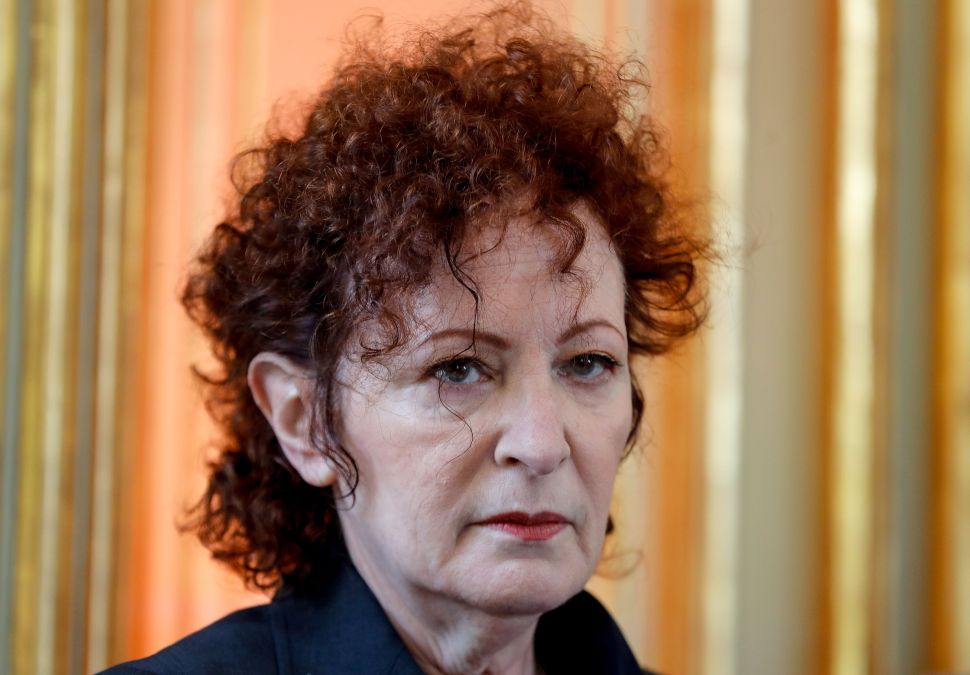