To preserve America’s foothold in the space race of the 21st century, President Donald Trump wants NASA to send American astronauts back to the moon by 2024. But worrying that the space agency can’t deliver the mission within the president’s tight timeframe, a group of lawmakers and space industry veterans recently came up with an idea to offer a $2 billion prize to anyone who can send humans to the moon first.

That’s not a joke. Unlike half a century ago, when humans walked the moon for the first time, a crop of privately funded space companies have emerged to pose a serious challenge to NASA. Space ventures founded by tech billionaires, notably Jeff Bezos’ Blue Origin and Elon Musk’s SpaceX, for instance, have both set ambitious goals to launch crewed lunar missions in the next four years.

There are less public efforts, too, ranging from initiatives by traditional industry players to conceptual proposals by startups.

Here are five space companies and organizations that may actually land humans on the moon before NASA. Many of them have partnerships with NASA to help the agency achieve its lunar mission. But with the dangling prize that Washington is proposing, they might as well consider going on their own.

SpaceX boss Elon Musk was one of the first entrepreneurs to propose a lunar tourism program for regular people. In February 2017, he announced a plan to fly two space tourists on a trajectory around the moon in 2023 and found his first client, Japanese fashion mogul Yusaku Maezawa, in September 2018.

Maezawa is expected to complete the trip in a spacecraft called “Starship,” whose prototypes are set for testing this fall.

While SpaceX’s original plan was to fly people around the moon, Musk said this year that Starship would be able to land on the moon’s surface as well. If all goes according to plan, we could expect a fully commercial lunar tourism program by SpaceX in as soon as three years.

Jeff Bezos’ Blue Origin was best known for its sub-orbital tourism project. But in May, the company unveiled a mockup of a lunar lander, named “Blue Moon,” that had been in the works for three years.

Similar to SpaceX’s timeframe, Blue Moon expects to make its first lunar landing by 2023. If successful, a crewed mission will follow.

In 2015, the joint venture became partners with Masten Space Systems, which specializes in vertical landing technology, to develop a moon lander called Xeus which can carry up to 10 tons of payload.

The project was shelved in July 2018 as the ULA prioritized other internal projects, including a new launcher.

Bigelow’s signature product, an inflatable module, is currently used on NASA’s International Space Station. The company is also in the process of developing an inflatable moon base made with the same technology.

The European counterpart of NASA may have a chance in the new lunar race, too, although it may not be eligible for the $2 billion sweepstakes.

The ESA recently teased a plan to build a lunar base using 3D printing. The project involves setting up a dome-shaped bone structure and then covering it with a layer of 3D-printed lunar regolith (by robots) to protect the occupants from space radiation and micrometeoroids. 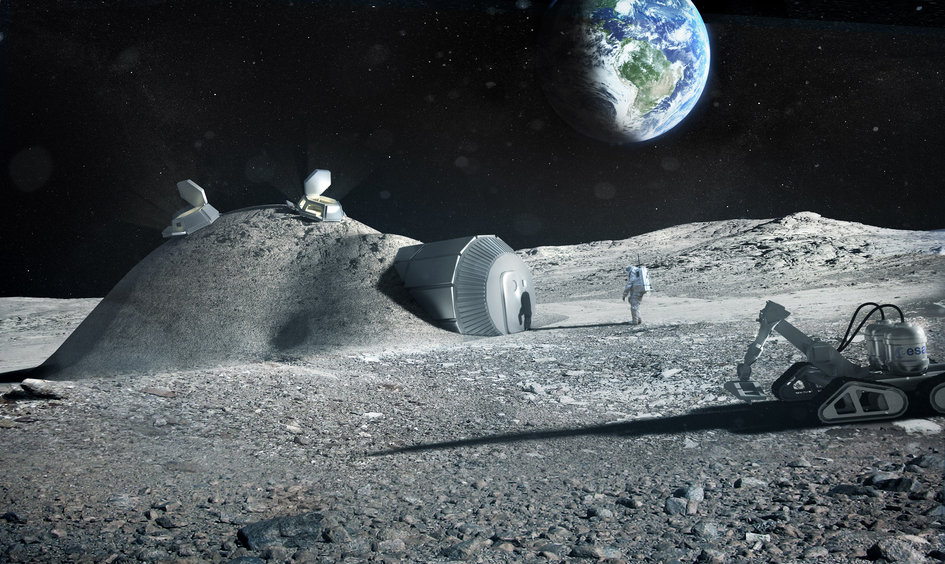