Exclusive original programming helps to grow a service’s subscriber base as the key attraction for prospective new customers. Television lovers sign up for Netflix specifically to watch Stranger Things, proud couch potatoes stuck with HBO over the last decade for Game of Thrones, etc.

But it is a solid back catalog of library programming, licensed content from outside producers, that helps streamers to avoid churn, or the number of customers who cancel their subscriptions in a given pay period. In that regard, the Big Three streaming services—Netflix, Amazon and Hulu—are all facing tough times ahead as valuable library programming is reclaimed by original owners.

According to recent Nielsen data—which Netflix refutes—72% of the platform’s watched minutes are devoted to reruns, while eight of the top-10 most-watched shows are non-originals. Topping that list are classic sitcoms Friends and The Office. The Office drew 45.8 billion minutes-watched in a 12-month span that ended last July, per the data, while Friends earned 31.8 billion. In that same time frame, Stranger Things took in 27.6 billion minutes. The value is obvious.

After striking a $90 million deal with WarnerMedia to keep Friends on Netflix through 2019, the hit series will be relocating to HBO Max next year on a five-year, $425 million deal with Warner Bros. Television. In 2021, The Office will jump ship to NBCUniversal’s forthcoming direct-to-consumer platform after the studio reached a five-year $500 million agreement with Universal Television. This comes after Disney CEO Bob Iger announced in late 2017 that the company would be removing its content from Netflix in advance of Disney+. However, in that case, every Disney movie released between January 2016 and December 2018 that wound up on Netflix will return to the market-leading streamer around 2026, Bloomberg reported.

It’s worth noting that NBCU’s Parks & Recreation currently streams on Amazon, Netflix and Hulu. But after HBO’s exclusive streaming pact with Amazon gave way to a less desirable option for subscribers last year, Parks & Rec has become one of its most valuable back catalogs.

Amazon has a massive total library of movies and TV shows that holds its own against Netflix and Hulu, while its slate of originals is steadily improving. Moving forward, the streamer continues to shift its focus from niche successes to broad appeal home run swings. NBCU is expected to reclaim the exclusive streaming rights to Parks & Rec once its current deal expires.

In early 2018, it was estimated that Amazon Prime Video boasted 26 million users. As of this writing, Netflix claims around 60 million domestic subscribers, while Hulu announced it had surpassed 28 million in May.

Hulu loses upwards of $1 billion per year and yet Disney aggressively sought to assume full control of the streaming service and has even begun implementing a hierarchical shakeup. Why? Because the Mouse House is betting on the platform’s attractive long-term growth. Plus, the continued benefits of its vertically integrated model that enable the company to control production and distribution doesn’t hurt. Sadly for the Magic Kingdom, it’ll have to continue its conquest without one of Hulu’s most potent weapons.

Seinfeld‘s $150 million streaming deal with Hulu expires in 2021 at which point it will become the most attractive free agent on the market. Expect the beloved series to be rooted at the center of Hollywood’s next big bidding war. Co-owner WarnerMedia is reportedly itching to land the series for HBO Max and whispers suggest it could fetch a price even greater than Friends and The Office. 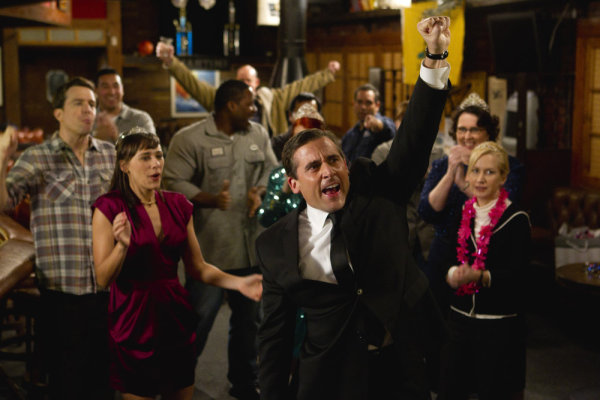