Chilling Adventures of Sabrina initially began its development life as a spinoff of the CW’s Riverdale with the network viewing the two as companion series. But as has become common in television today, Netflix soon swooped in with an offer too good to refuse: a larger episodic budget and an immediate two-season commitment sight unseen. Not even the CW could match that one-two punch of benefits. Oddly, though, the subsequent reality has been far different than expected.

As the CW is a mini-major broadcast network, its series generally run for 22 episodes per season. At Netflix, though, Sabrina has aired 21 total episodes split into two 10-episode parts sandwiching a holiday special in between. So there has actually been less Sabrina than if it had stayed at its original home. While the show hasn’t been given the same episode count as it would have on linear television, it has avoided the same pacing stumbles that plague Riverdale thanks to the staggered release. It’s also moved Netflix to a more traditional release schedule that ironically offers a bit more flexibility than the streamer’s standard one weekend-long binge sessions. Sixteen more episodes, again split into two parts, were ordered in December.

SEE ALSO: ‘Typewriter’ Is the New Netflix Sensation You Haven’t Heard About

As is customary among streaming services these days Netflix does not release the viewership statistics for its shows, so it’s unknown exactly how popular Sabrina has become. However, Netflix has become increasingly reluctant to keep originals on the air beyond their first two seasons due to increasing costs and algorithmic data. The fact that Chilling Adventures of Sabrina is heading into a third season speaks volumes, and there’s reason to believe its popularity could hold.

Fans will remember that Season 2 concluded with Sabrina (Kiernan Shipka) determined to travel to the underworld to rescue her boyfriend Nick (Gavin Leatherwood) after he trapped the Dark Lord there. Given the success of the hell-centric Lucifer, which Netflix rescued from a Fox cancellation, this could work out well for Sabrina. Unfortunately, it doesn’t sound as if Netflix and the CW, which recently opted out of its streaming agreement, will be able to pull off a crossover with Riverdale despite the two series belonging to the same continuity.

“Listen, I’m so open for it and it feels like we have a conversation about it all the time,” Aguirre-Sacasa said. “I still would love for it to happen,” though the showrunner admits “it’s much more likely” to see a crossover with upcoming spinoff Katy Keene which will also air on the CW and share cast members. 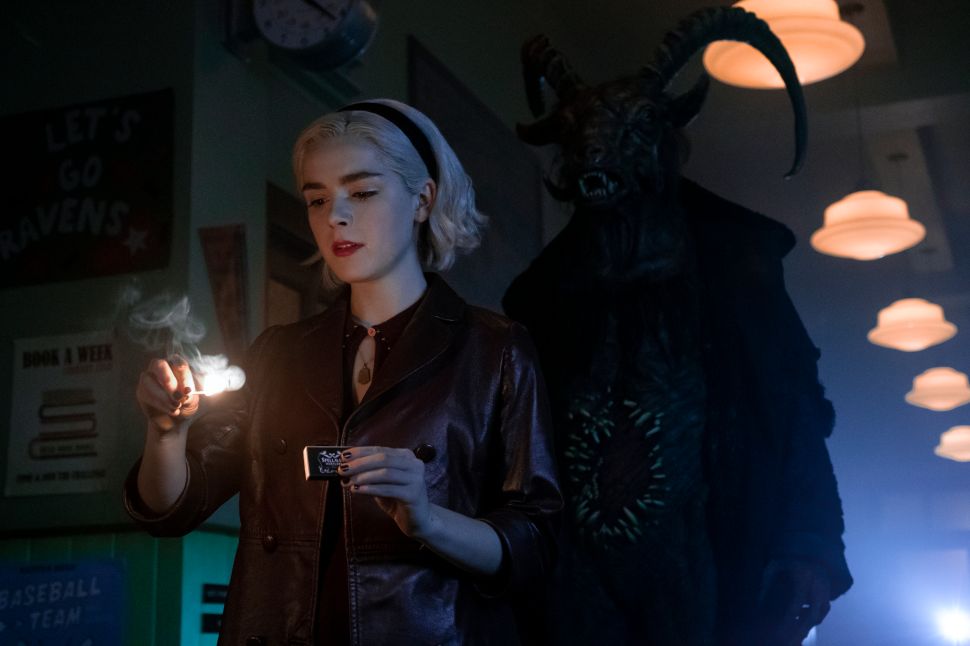