On Wednesday night, Game of Thrones creators David Benioff and Dan Weiss brought their market-shaking free agency to an end when they signed a $200 million multiyear overall film and TV deal with Netflix. After spending the better part of a decade at HBO, the pair had narrowed their future options to Amazon, Disney and the leading streaming service. With this move, another highly sought-after creative force is taken off the board amid the entertainment industry’s competitive arms race. It’s still too early to determine the true ripple effects of the pact, but a few conclusions can now be drawn.

“The ability to control the highest quality content producers will continue to be the future of streaming power,” Eric Schiffer, CEO of the Patriarch Organization and chairman of Reputation Management Consultants, told Observer.

Most are in agreement that the final season(s) of Game of Thrones left much to be desired and that quality suffered once Benioff and Weiss ran out of author George R.R. Martin’s published material to adapt. Couple the pair’s ill-advised planned slave drama follow-up Confederate (which is now unequivocally dead) with past misses such as X-Men Origins: Wolverine, whose failure lies more with the studio, and fan concern is justified. Are we sure their content will be top-notch?

But Benioff’s City of Thieves remains the best book you’ve never read; 25th Hour still holds up today as a cleverly constructed character study; and the duo still made several choices on Game of Thrones that deviated from Martin’s work in a manner that benefited the narrative. Perhaps they aren’t David Chase or Vince Gilligan, but they did preside over the biggest television phenomenon of the decade and HBO’s most popular series ever. Disney brought them in to write and produce the next Star Wars trilogy. They possess name power and, thus, buzz which is the fuel that feeds the engines of streaming services as they constantly seek to expand their sphere of audience awareness.

“Streaming platforms aim to grow their base by creating and/or purchasing programming that attracts an audience—precisely what Netflix has done with this deal,” Al DiGuido, president and chief revenue officer of North 6th Agency, an outcome relations agency, told Observer. “The battle over quality consumer content and streaming service is quickly becoming the marketing battle of our era.”

Ultimately, the most crucial aspect of survival in streaming’s cannibalistic arena is acquiring new subscribers and retaining existing ones. The former is a product of attractive exclusive programming and the latter often relies on well-liked legacy standards, or reruns. “Engaging content that achieves these two business outcomes will be key to success, simple as that,” DiGuido said.

Will Game of Thrones fans be enticed enough by the prospect of new films and shows from Benioff and Weiss to stay with Netflix? That’s the $200 million question. As it all hinges on acquisition and retention, this was a gamble worth taking, especially as it keeps a potential high-profile competitor away from rivals Amazon and Disney.

Benioff and Weiss are the latest in an assembly line of splashy talent acquisitions Netflix has made in its never-ending spending spree. They join a current roster that includes Ryan Murphy ($300 million), Shonda Rhimes ($100 million) and Kenya Barris ($100 million)—expensive free agents that Netflix hopes can offset the looming losses of top-watched library programming, such as Friends and The Office. But is it really as simple as swapping X for Y?

“Doubtful, since the original content from these creators serves an audience with different viewing behavior from nostalgic sitcoms like The Office, which are often used as a sort of mindless escape or ‘TV to fall asleep to,'” explained Asher Chester, director of performance marketing at Agency Within, a full service digital marketing firm.

Seven out of every 10 minutes spent on Netflix are spent watching licensed content. To keep viewers on the hook, Netflix is going all-in on this long-term content strategy that pivots away from the nostalgia of series past.

“These deals illustrate that despite its early market leadership, Netflix has to play catchup to compete with the content machines of Disney and the other major studios entering the over-the-top ring,” Dallas Lawrence, chief brand officer at OpenX, the world’s largest independent ad exchange, told Observer. “OTT players that don’t offer a steady pipeline of premium original content to feed the binge-watching habits of the streaming generation by developing great IP or signing premium production talent like Benioff, Weiss, Rhimes and Murphy likely won’t succeed in the increasingly crowded OTT market.”

Regardless of what you think about the final season of Game of Thrones, Netflix was right to aggressively pursue its creators. But while this deal answers one question about the future of the streamer’s lineup, it may not address the more immediate issue staring Netflix right in the face. Only time will tell if the $200 million investment translates to growing subscriber numbers. But as Andy Dufresne once said, “hope is a good thing, maybe the best of things.” 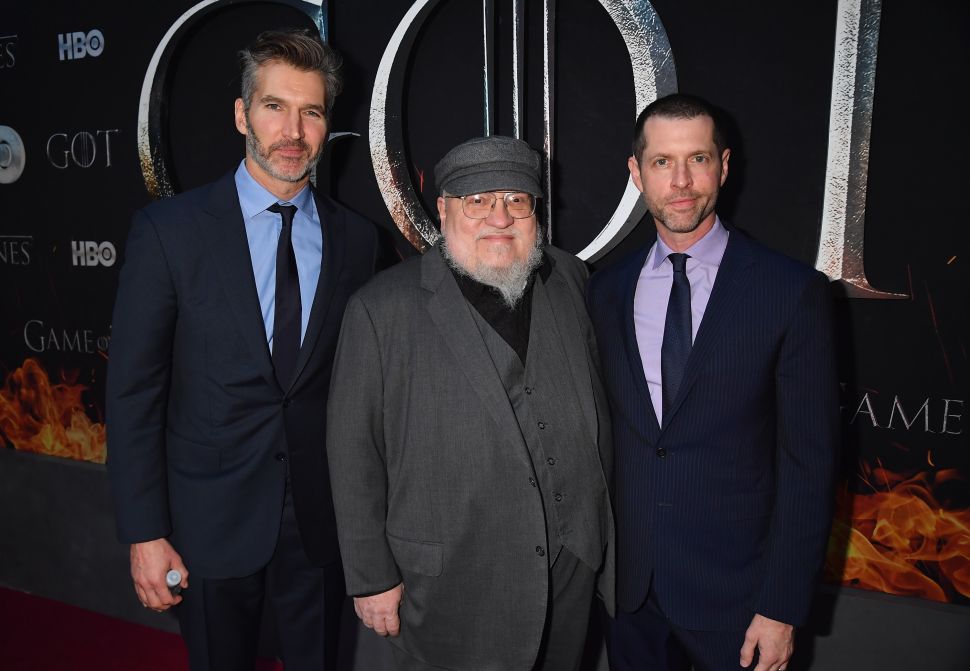