Will Netflix release Martin Scorsese’s mob drama The Irishman in theaters? The director certainly hopes so. Scorsese was well-aware that a wide theatrical release was a long shot when he took the picture to Netflix in 2017 after Paramount passed over budget concerns. But the streamer has reportedly been eyeing its biggest traditional release yet for The Irishman. Last year, Roma received an exclusive three-week theatrical run before being made available to subscribers online. Yet neither Netflix nor the major theater chains appear close to a mutually beneficial compromise for The Irishman.

The streaming service is in talks with AMC Theaters and Cineplex, two of the largest exhibitors in North America, according to The New York Times. Though the negotiations are separate, both exhibitors have reportedly dug their heels in over the same impasse.

SEE ALSO: What Does Martin Scorsese Really Think About Netflix?

“A crucial sticking point has been the major chains’ insistence that the films they book must play in their theaters for close to three months while not being made for available for streaming at the same time, which does not sit well with Netflix,” according to the report. “Talks broke down in July, only to pick up again two weeks ago, the people said.”

Netflix is committed to serving its 151 million worldwide subscribers above all else, especially after a rough quarterly earnings report last month led to widespread concern throughout Wall Street. As of now, the company is unwilling to agree to AMC and Cineplex’s terms and are not currently negotiating with fellow exhibitors Regal or Cinemark. Conversely, the major theater chains are unwilling to entertain a smaller theatrical window as they believe it will undercut the existing agreements they hold with traditional studios such as Disney, Warner Bros., Universal, Paramount and Sony. With neither side budging at this time, the release of The Irishman, which will premiere September 27 at the New York Film Festival, is currently unclear.

One motivating factor for Netflix is the opportunity to compete for Academy Awards as The Irishman is expected to be a contender this year. To qualify for the Oscars, a film must have a one-week run in a commercial theater in Los Angeles County, per the outlet. Yet as voters showed with Roma, the presumptive favorite for Best Picture, there is a reluctance from the old guard to anoint a streaming product with the top prize unless it plays by the traditional rules. To improve its chances, Netflix knows The Irishman must be screened in theaters one way or another. 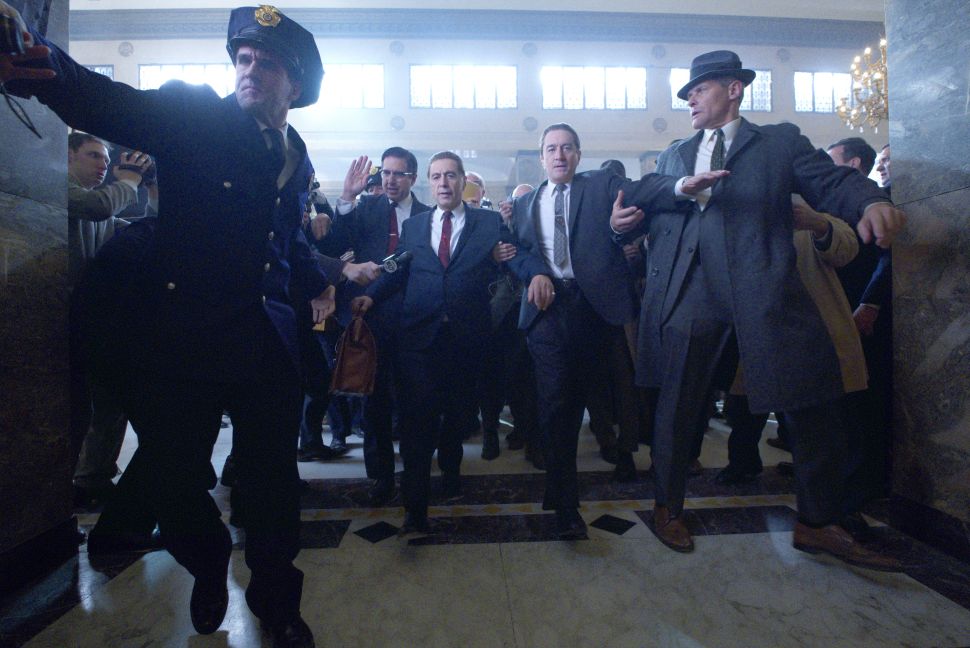