Smack dab in the midst of Leo season, two of Manhattan’s most famous lions are getting an extended and well-deserved respite from their duties. The twin marble lions that have flanked the entrance to the New York Public Library Beaux-Arts building at Fifth Avenue and 42nd Street since 1911 will receive a $250,000 rejuvenation and restoration treatment over the next nine weeks. Unfortunately for out-of-town visitors, this means that the lions will be covered up and concealed for the duration of their facelift, but this work is all in the name of their continued longevity. “The lions have earned some time at the spa,” Anthony Marx, president of the NYPL, told Curbed. “As great stewards of this building, it is critical that we maintain the lions and ensure that they are strong to inspire everyone for generations to come.”

The lions, which were originally commissioned on the advice of sculptor Augustus Saint-Gaudens, designed by Edward Clark Potter and executed by renowned carvers the Piccirilli Brothers, are made out of pink Tennessee marble that’s long since faded to white after generations of weather and wear. They were last restored in 2004. The lions have also accumulated a few nicknames over the years, but the monikers that eventually stuck were Patience and Fortitude; identifiers which were given to them by New York mayor Fiorello LaGuardia at the height of the Great Depression.

The careful restoration of marble lions might seem like a mysterious business, but several different tools will be used to keep Patience and Fortitude looking as fresh as the Real Housewives of New York after a visit to their preferred cosmetic surgeons. According to Curbed, consultants from the architectural conservation group Integrated Conservation Contracting (ICC) will fill cracks in the lions with grout, as well as clean them with specialized lasers that won’t do any damage to the semi-fragile stone.

We’re curious about why this process requires nine weeks for its completion, and if any other restoration will be carried out, but ICC hasn’t yet returned Observer’s request for comment. Regardless, it’s a lark to imagine the lengthy pampering of these noble stone lions. But then when you only get a proper clean every decade or so, you’re allowed to take two months—it’s not like Patience or Fortitude could just hop down to the Glossier flagship store for some Milky Jelly Cleanser to brighten things up. 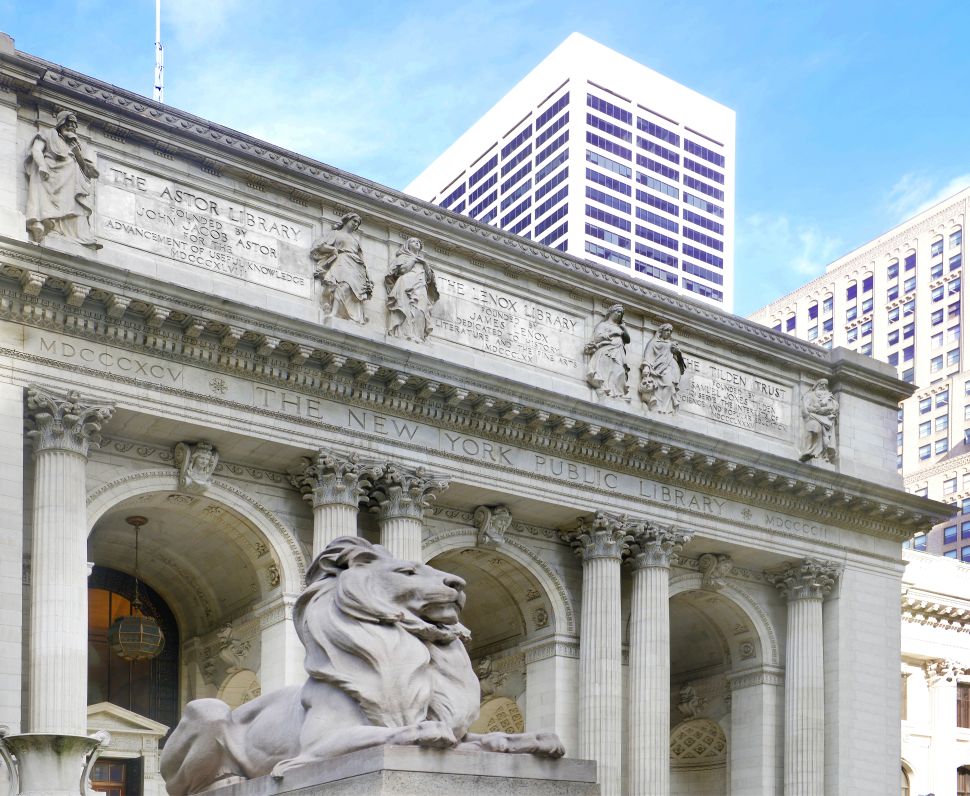