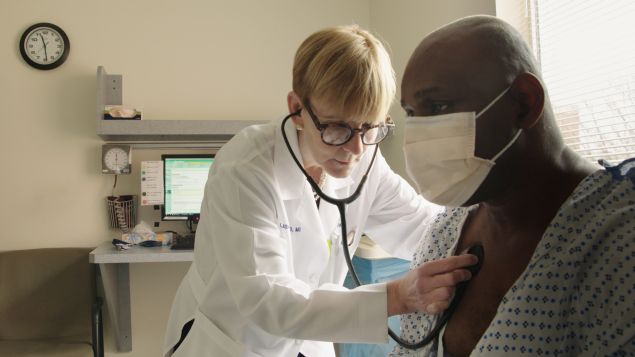 Why read a newspaper when you can get what you need from TV? It’s not how all of us think, but there certainly are some out there who do, and it seems the The New York Times is determined that won’t exclude those members from still being part of their audience. In other words, get ready to be hit by a barrage of New York Times content adapted for the small screen.

In June, the paper launched The Weekly, a narrative news documentary, similar to their hit podcast The Daily. The Weekly, which airs on FX and streams on Hulu the next day, takes the viewer on a ride along with a Times journalist as he or she tracks and reports a news story. Right from finding sources to conducting interviews to chasing leads, the viewer gets to take a closer look at the life of a journalist and the pursuit of the truth. So far, The Weekly has covered stories on a variety of topics, ranging from the declining taxi industry in New York to immigrant families being separated at the border. The most recent episode, which was aired last Sunday, was centered on the Facebook love scam, in which operatives from Nigeria have duped an increasing number of women in the States.

SEE ALSO: ‘Typewriter’ Is the New Netflix Sensation You Haven’t Heard About

“More than ever, we need to stand up for journalism. The best way to do that is to be transparent. On TV, you see the lengths we go to get the story and to get it right,” Sam Dolnick, assistant managing editor at the paper and a leader of The Weekly said in an announcement of the show’s launch.

On August 16, the paper will be releasing a seven-episode, non-fiction Netflix series, Diagnosis, based on the namesake hit medical column in The New York Times Magazine. In her column, Dr. Lisa Sanders, tells the story of people with mysterious, baffling illnesses and their journeys toward diagnosis. The televised adaptation, which has been co-produced by Scott Rudin Productions, Lightbox and NYT Magazine, will be centered on the cases of a series of patients with undiagnosed medical illnesses who Sanders has introduced in her column in the past year. Only this time, the readers were encouraged to help with the diagnosis.

Based off the medical data and patient history provided by Sanders, readers had the opportunity to research the symptoms and share their ideas and solutions with the patients and doctors in their efforts to find a diagnosis. Thousands of readers responded, and Sanders has vetted and narrowed the best responses fit for presentation to the patient and medical team. This combination of documentary-style storytelling coupled with global crowdsourcing will be new territory for Netflix too.

This foray into television by the Times doesn’t stop here. In October, Amazon will release Modern Love, based on a popular column from the Style section. The show will consist of eight stand alone, half-hour episodes that “explore love in all of its complicated and beautiful forms,” according to the paper. Created by filmmaker John Carney and produced by Storied Media Group and The New York Times, the show features a host of household names, Anne Hathaway, Dev Patel, Tina Fey and Andrew Scott to name a few. Modern Love column editor Daniel Jones, who serves as consulting producer, is already eager for the show to get a Season 2 order.

The variety in the content being produced by the Times is particularly striking, and the fact that each is being streamed on a different platform will help in their efforts to reach out to a wider audience.

We’re living in the golden age of television and small screen entertainment. Streaming platforms like Netflix, Hulu and Amazon have revolutionized the industry and transformed how we consume content. The New York Times is clearly ready to take its piece of the pie.