A few months before Nick Jonas proposed to his now-wife, Priyanka Chopra, the boybander purchased a sleek Beverly Hills bachelor pad. Jonas doled out $6.5 million for the glassy abode in April 2018, just as his relationship with Chopra was becoming very public. At the time, it seemed he’d scooped up a new home for the duo to share, but now it seems the pair will be upgrading in a big way.

Jonas has quietly sold the 4,129-square foot home for $6.91 million in an off-market deal, as first spotted by TMZ. We’re going to assume he didn’t make many changes to the five-bedroom, 4.5-bathroom abode, considering his short tenure there, but it’s not like it was a fixer-upper—the modern home is filled with floor-to-ceiling glass doors, wide plank oak floors and lots of custom milled wood paneling.

The living room features a fireplace encased in grey basaltina stone, and the kitchen is equipped with white cabinetry, stainless steel Miele appliances and a center breakfast island. There’s also a two-story floating guest suite with an spare bedroom, office and extra room, which is reached by way of a covered outside walkway, as well as an infinity pool surrounded by a large terrace.

Jonas and Chopra haven’t finalized any new home purchases just yet, but they’re now in the market for a much, much larger place—apparently, they’re checking out Beverly Hills and Bel Air mansions in the $20 million range. Sounds very low-key and understated, but then again, this is the couple who celebrated their wedding with approximately five separate receptions, including one at an actual palace in India.

Perhaps they’re just waiting until summer comes to an end before they officially close on a new house—they’ve been traveling around the world for the past few months, including stops in Paris and Provence for Joe Jonas and Sophie Turner’s chateau wedding (it was their second ceremony, preceding not one, but two luxe honeymoons), before jetting off on a romantic getaway to Tuscany.

Chopra and Jonas aren’t the only couple house hunting in Los Angeles—the actress’ pal Meghan Markle and Prince Harry are also reportedly considering a home on the West Coast. 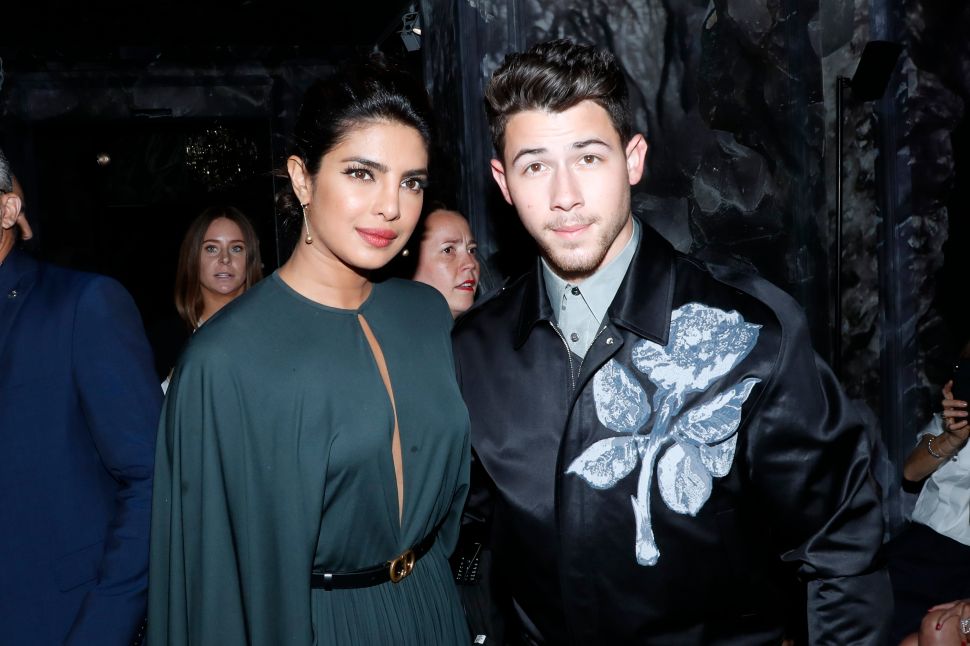