In July, it was confirmed that the restoration of the fire-ravaged Notre Dame Cathedral will be overseen directly by French president Emmanuel Macron and other high-ranking members of the French government, given the apparent seriousness of the effort. Architects Philippe Villeneuve, Rémi Fromont and Pascal Prunet will be in charge of what has now revealed itself to be the core task: rather than update the damaged cathedral with newfangled greenhouses or a magnificent crystal spire, they will endeavor to make Notre Dame look exactly the same as it did before the blaze. On Monday, in a dystopian twist, French environmentalists called for stronger cleanup measures at the cathedral to ensure citizens aren’t exposed to dangerous levels of lead.

When the beloved and historically revered landmark caught fire in April of this year, the incident inspired an outpouring of support and an influx of cash from prominent French figures, as well as sympathetic patrons from all over the world. François-Henri Pinault—CEO of French luxury company Kering (which supervises brands like Yves St Laurent and Gucci) and husband to actress Salma Hayek—pledged $113 million towards the landmark’s restoration. Bernard Arnault, the owner of the multinational luxury conglomerate LVMH, vowed that his family would put $226 million towards Notre Dame’s recovery.

SEE ALSO: Christie’s Worked With the FBI to Return Art Looted by Nazis

Perhaps predictably, as Observer has previously reported, these splashy declarations of financial generosity haven’t exactly been followed up with swift wire transfers: as of early July, many millions of dollars pledged to the cathedral had yet to reach the nonprofit organizations in charge of collecting money from donors. What we can glean from this fact is that publicly declaring how heartbroken you are about the Notre Dame fire and swearing to help fix it is way easier than actually following through on your promise.

High-rolling donors “want to know what exactly their money is being spent on and if they agree to it before they hand it over, and not just to pay employees’ salaries,” a Notre Dame press official explained in June, confirming that philanthropy indeed provides just a thin cover for the tight-fistedness of the rich. This was perhaps why Macron has gotten so involved in the restoration, rather than someone like the minister of culture: no one is better qualified to convince the wealthy to open their wallets than the well-to-do president of France.

The fact that Notre Dame will eventually look exactly the same as it did before the accident also acts as a weird metaphor for the status quo. Everyone can see that damage has occurred, and a lot of money is going to be thrown at this damage so it looks as if it never happened. 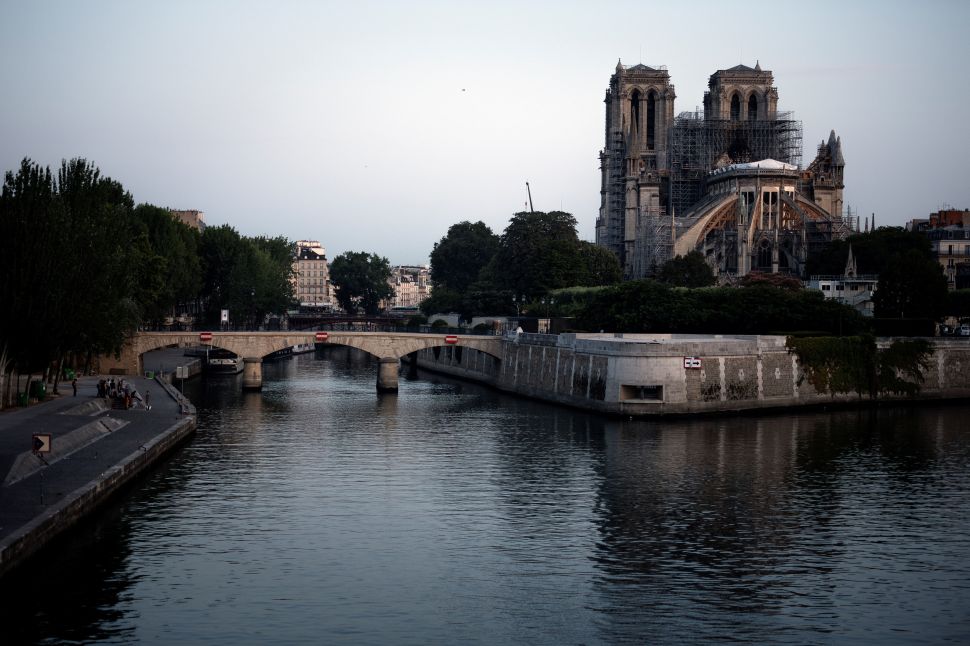