Timing is everything in Hollywood. Last week, Viacom reported its third-quarter earnings and noted that Paramount Pictures is on pace for full-year profitability for the first time in five years. Days later, as chatter about a merger with CBS heats up, the studio is locking in its CEO Jim Gianopulos with a new, multi-year deal, Variety reports. The company also extended production president Elizabeth Raposo’s contract.

Following the untimely passing of Brad Grey, Gianopulos took the reins at Paramount in 2017. Although the legendary studio has ranked last among Hollywood’s Big Six at the domestic box office in that time, there has been quantifiable improvement under his leadership. In 2017, Paramount accounted for just 4.8% of the domestic box office with just north of $543.3 million. Last year, those number rose to 6.4% and $757 million. As of this writing, Paramount is on track for another solid year of growth.

Under Gianopulos, Paramount has unearthed surprise hits such as John Krasinski’s A Quiet Place, which grossed $341 million worldwide against a $17 million budget. A sequel is set for 2020. Last year’s Mission: Impossible—Fallout also set franchise highs at the box office both domestically ($220 million) and worldwide ($791 million). The critical and commercial reception was so positive that Paramount locked writer-director Christopher McQuarrie into two more entries in the franchise, which will raise his total number of M:I films to four. Most recently, the Elton John biopic Rocketman was met with generally positive reviews and a solid box office performance ($186 million worldwide against a $40 million budget).

Looking ahead, Paramount is hoping that the Ang Lee-directed original Will Smith action vehicle Gemini Man can breakout and that Tim Miller’s Terminator: Dark Fate will revive the beleaguered franchise. Taking an even longer view, Gianopulos is trying to modernize Paramount’s release slate with blockbusters that hold repetitive cash flow potential (G.I. Joe and Transformers reboots), kid-friendly series (Dora and the Lost City of Gold, The SpongeBob Movie, etc.) and blasts from the past (Top Gun: Maverick, Coming 2 America).

Viacom and CBS vice-chairwoman Shari Redstone has reportedly been looking to merge the two companies since early 2018. The two entities initially split in 2006. Gianopulos’ deal was reportedly up for renewal soon, and it was decided to extend him ahead of any potential official merger announcements. 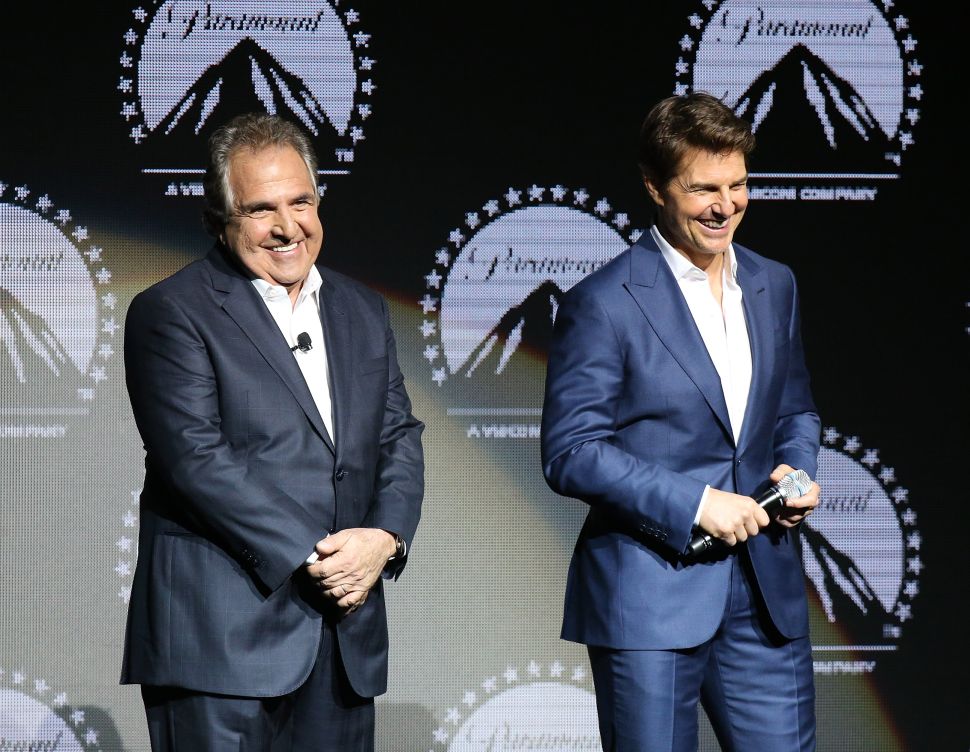