A few years ago, a friend told me he would use the liquify tool in Photoshop to make himself appear slimmer in his party pics when he posted on Facebook. And he was doing this non-ironically.

When he told me this, I thought, “that’s really so flippin’ weird.”

SEE ALSO: Why Taking Compliments Is So Hard, And How to Accept Them

My friend was trying to create a false visual narrative of himself—a reflection on how he foresaw wanting to be perceived by the world—largely based on personal insecurities. Sure, social media, like Disneyland, is supposed to be the happiest place on earth, but now teens (and adults) feel the need to distort their reality to feel better about themselves and create a physical fantasyland for the world to see.

Remember when we used to be outraged when we were told that a model’s body and/or features in a magazine had been airbrushed using Photoshop—and how that perpetuated body image issues in women? Well, we are now that model, and all of the tools for airbrushing are currently in our hands.

Now, there’s no need to use the liquify tool in Photoshop to create a false physical narrative about ourselves. There’s a whole world of apps that will physically shape your appearance, quicker than you can say, “body dysmorphia.”

I recently got an email from the app company AuraGlow. Spoiler Alert: The app is absolutely asinine. The only function is to make your teeth look whiter in selfies. Yuck. The “official story” is the app is supposed to show you what your teeth look like with whitening products. No. No. No. Stop creating apps with the only purpose of making people look better in their Instagram photos than they look in real life. It’s messing people up. AuraGlow is just yet another app trying to create a false narrative.

The larger issue? Apps, such as these, create an unrealistic physical appearance that’s dangerous to the minds of young adults. Did you know that this type of false physical narrative on social media is one of the leading causes of teen depression? FaceApp at least had a fun purpose of making you look old in your selfies (as well as making  you vulnerable for Russian to steal your data).

In studies, Instagram has been noted as the worst social media platform for mental health. How would a reclusive teens feel about themselves if they saw all of their classmates on Instagram with Aura Glow smiles along with a Skin Tanner bronzed body? 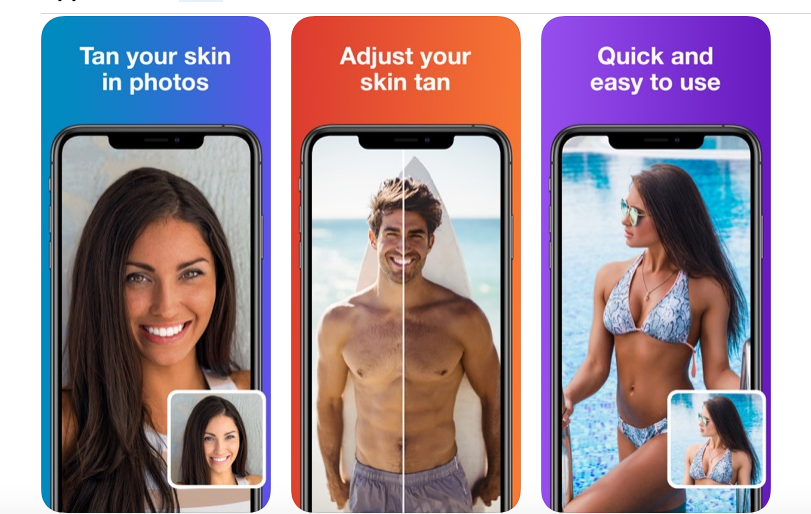 In the description for the Skin Tanner photo tanning app, it mentions that the photo filter is a “safe alternative to sunbathing and UV tanning” along with the disclaimer that “this app will not tan your skin in real life.” (Were users previously duped by this Portrait of Dorian Gray app?)

In the apps own words: “Get the Perfect Tan in Your Photos!”

“How would you look with a tan? With Skin Tanner, you can get the perfect skin tan in your photos easily! Simply select the areas of your face & body that you’d like to tan, and then adjust the strength of the tan,” the app explains. “Give yourself a light tan, or a dark glowing tan that looks like you spent the day at an exotic island!”

Let’s look at a few more body shaping/changing apps that could incite mental health issues and depression in young adults by making them feel inadequate and playing on their self-esteem.

An excellent eating disorder starter kit would be the Perfect Me body and face editor app.

According to the app, “Perfect Me – Body retouch and face editor is a fantastic photo editor. It can help you reshape body curves to get the slim body, perfect figure, thin waist, long legs, abs, and tattoo. and retouch your face to skinny face. This body and face enhancer perfect for self-entertainment or online showcasing.”

Again, this app goes back to the larger issue that Instagram can generate anxiety in teens, creating insecurity issues and loneliness in people who believe the false narratives that other people have created through their photos; it makes it appear as though everyone is better looking, or having more fun, or living much better lives.

But what about our friends with short, stumpy legs? How can they change their physical narrative?

Well, guess what the Spring Effects app does? It lengthens your legs in photos and slims your waist—in case you’re not happy with those regions of your body. Also, it slims the size of your head—in case you have issues with your current head size. 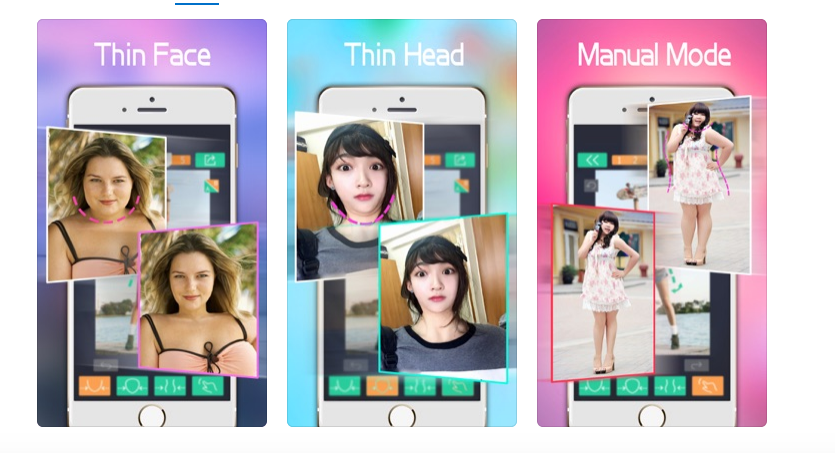 Aw, hell, why don’t we throw all subtlety to the wind, especially when there is an app that simply goes by the name: Make Me Thin.

In the apps own words: “Make Me Thin can give you an instant way of thin face and slimming body. It can automatically locate your face and body, you only need a few simple operations, a perfect physique instantly on the show in front of you!”

Yes, there’s nothing messed up about turning our photos into a fantasyland avatar of our desired selves.

And while we’re at it, why don’t we throw in the Facetune app that removes signs of acne, as well as the RetouchMe app for when teens get older and go on dating apps, so they can remove wrinkles—basically a photo version of injecting Botox.

The #StatusOfMind survey, published by the United Kingdom’s Royal Society for Public Health, would have you think precisely about the psychological effects this dystopian Westworld would have on teens. The study examined both the positive and negative effects of social media on young people’s health.

According to Time magazine, the study states that young folks who spend more than two hours a day on social media sites are likely to report psychological distress, which promotes an unhealthy “compare and despair” attitude.

So what does the addition of such apps as AuraGlow, Skin Tanner, Make Me Thin and Spring Effect perpetuate? Let’s throw into the low self-esteem soup feelings of inadequacy set off by unrealistic physical expectations. These app filters make people feel like their bodies aren’t good enough and their photos need to be edited before they’re presented to the world to look “perfect.”

The #StatusOfMind report recommends that social media sites find a way to highlight when a photo has been digitally manipulated to help reduce teen anxiety and mental health issues via social media.

Sure, that would make for a utopian world—but we are really heading towards a dystopian present, as we all smile our AuraGlow whiter-than-white smiles at each other.