In the white-hot space of social media and online advertising, it seems as though nobody other than iron-fisted antitrust regulators could challenge the dominance of Facebook and Google. But as some of their smaller rivals have proven, there’s still room to win a slice of the pie when the game is played right.

The latest challenger to the Facebook-Google duopoly is Pinterest. Once thought to be a niche site for home decor- and recipe-obsessed housewives, the online scrapbook surprised Wall Street on Thursday when it announced that its monthly user count had surpassed 300 million in the second quarter, a decent 30% jump from a year ago.

SEE ALSO: Here’s Why Big Tech Wants in on the Current Astrology Craze

Revenue soared even faster at a 62% annual rate to $261 million for the April-June quarter, which spurred Pinterest’s management to raise its full-year revenue guidance to $1.12 billion from last quarter’s top-end estimate of $1.08 billion.

Thursday’s release was Pinterest’s first quarterly report as a public company. Investors were so pumped by the growth numbers that they looked past a gaping a $1.16 billion net loss recorded for the quarter (partly due to its costly IPO in April) and pushed Pinterest stock up 14% in the after hours on Thursday—against the backdrop of a bleak market freshly hit by President Donald Trump’s new import tariffs against China.

Pinterest co-founder and CEO Ben Silbermann has called his business an “anti-social media platform” because Pinterest’s goal is to provide inspiration, rather than connecting people. Yet, its revenue model looks increasingly similar to that of Facebook and Google, AKA advertising.

For the second quarter, advertising sales drove most of Pinterest’s revenue growth. After Thursday’s earning calls, Silbermann told CNN that the company’s future strategy would focus on more “personalized” content curation and “getting better at showing things you love.” In other words, more precise targeting and better ROI for advertisers.

“I feel that online advertising often has a bad rap… because you are seeing ads when you don’t really need to see them,” Silbermann said. “You don’t need ads to talk to your friends. You don’t need ads to read the news. But if you are re-modeling your home, you do want to see where you can buy that furniture.”

Speaking of Pinterest’s high-flying stock price right now, Silbermann said he’s not too concerned about one-day or two-day fluctuations in share price. “Over the long term, market tends to reward companies that grow their value over time. That’s pretty much what we are focused on,” he said. 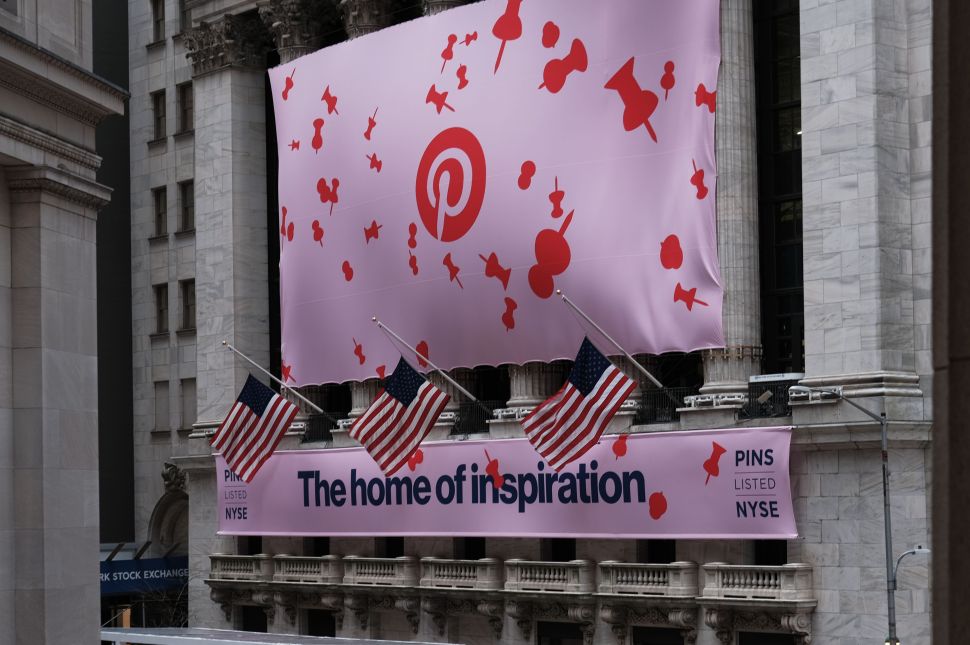