In the contemporary opera world, there are perhaps few figures more powerful than 78-year-old Placido Domingo. According to a new investigation from the Associated Press, Domingo has allegedly used his status in his industry to pressure women into sexual relationships with him, often under the pretense that he could assist them with their careers. Domingo has positioned himself as an authority figure in opera through his appointments as the director of the Los Angeles Opera and as the founder of Operalia, an annual international competition for aspiring professional opera singers. His alleged harassment has been taking place over the course of 30 years. According to the sources interviewed by the AP, it was both relentless and traumatic.

Reporter Jocelyn Gecker spoke to nine accusers (mostly opera singers and one dancer, almost all of whom didn’t want to be named out of fear of retribution) who told remarkably similar stories about Domingo’s methods. He would pay compliments to someone’s talent, invite her on extracurricular outings while floating the promise of career support and eventually make relentless phone calls and unwanted physical advances (wet kissing, groping) both onstage and off. In many instances, the opera singers whom Domingo targeted felt terrified about the prospect of insulting him with an outright rejection, especially since he had the power to determine the course of their working lives.

“Every time I would walk off stage, he would be in the wings waiting for me,” mezzo-soprano Patricia Wulf told AP. Wulf sang with Domingo at the Washington Opera. “He would come right up to me, as close as could be, put his face right in my face, lower his voice and say, ‘Patricia, do you have to go home tonight?’…It got to a point that I would come off stage and try to slither behind a pillar, and he would still find a way to get to me.”

Another mezzo-soprano who was singing in the L.A. Opera chorus in 1988 said that Domingo knew the key codes for the performer’s dressing rooms and would frequently enter uninvited, which she believed was an attempt to catch her in a state of undress. After years of dodging Domingo’s repeated attempts to convince her to be alone with him, the mezzo-soprano said that in 1991 she “finally gave in and slept with him. I ran out of excuses. It was like, ‘O.K., I guess this is what I have to do.'” The same source is convinced that her refusal to have sex with Domingo more than twice is what ruined her career at the L.A. Opera.

“The allegations from these unnamed individuals dating back as many as 30 years are deeply troubling, and as presented, inaccurate” Domingo said in a statement. “Still, it is painful to hear that I may have upset anyone or made them feel uncomfortable—no matter how long ago and despite my best intentions…However, I recognize that the rules and standards by which we are—and should be—measured against today are very different than they were in the past. I am blessed and privileged to have had a more than 50-year career in opera and will hold myself to the highest standards.”

Judging from the AP investigation, Domingo’s “50-year career” is saturated with instances where he doggedly and intentionally prevented ambitious female opera singers from ever obtaining exactly what he achieved.

A statement from the L.A. Opera reads as follows:

We believe all employees and artists should be treated respectfully and feel safe and secure within their work environment.

L.A. Opera has robust human resources policies and procedures in place. In accordance with those policies, L.A. Opera will engage outside counsel to investigate the concerning allegations about Plácido Domingo.

Plácido Domingo has been a dynamic creative force in the life of L.A. Opera and the artistic culture of Los Angeles for more than three decades. Nevertheless, we are committed to doing everything we can to foster a professional and collaborative environment where all our employees and artists feel equally comfortable, valued and respected. 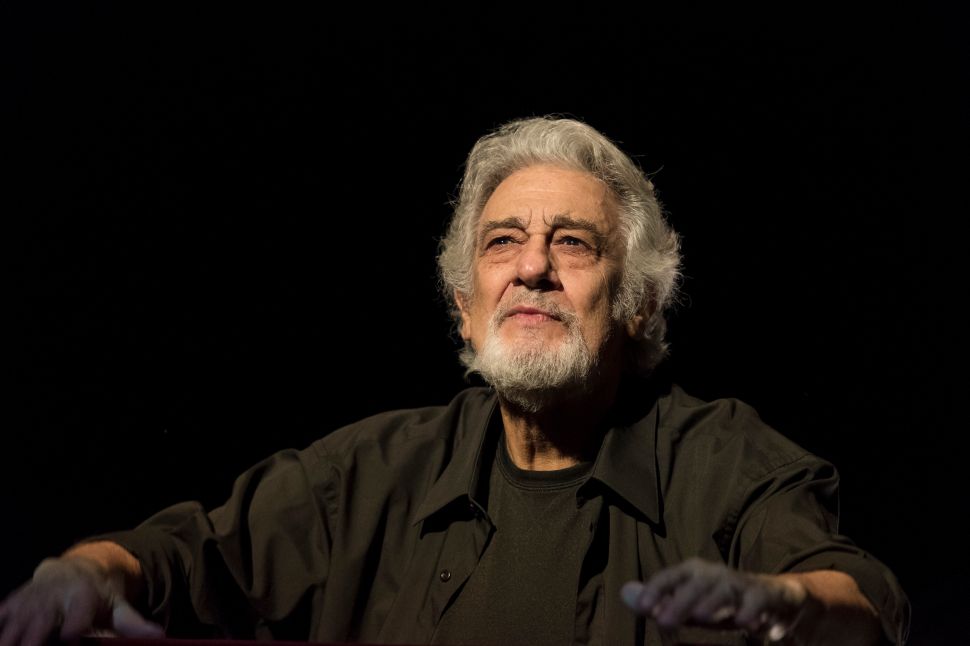