Postmates is set to start testing out robotic food delivery.

The on-demand service received approval to obtain a sidewalk permit—the first to do so—from its home city of San Francisco this week. As Tech Crunch reported, San Francisco Public Works confirmed Postmates’ ability to begin trials of “up to three” autonomous robots.

SEE ALSO: Ready to Have Your Dinner Delivered by Drones? Think Again.

“We’ve been eager to work directly with cities to seek a collaborative and inclusive approach to robotic deployment that respects our public rights of way, includes community input, and allows cities to develop thoughtful regulatory regimes,” the company said in a statement.

The authorization to operate for 180 days is a major step for Postmates’ semi-autonomous delivery goals, which it first revealed in December via its cooler-looking rover “Serve.”

As a “respectful member of the community,” the colorful robot, complete with expressive eyes, was created based on data and made to integrate into communities serviced by Postmates. According to the company, Serve “safely walks alongside pedestrians, navigates around fire hydrants, and respects sidewalks.”

“It’s designed to work alongside the existing Postmates fleet to move small objects over short distances efficiently,” the company said. “It runs on electricity and moves at walking speed, routing deliveries away from congested streets and onto sidewalks.”

However, while Serve can carry up to 50 pounds of food orders, its functions are meant to merely complement Postmates’ messengers.

As co-founder and CEO Bastian Lehmann recently explained, Serve is not expected to replace the thousands of couriers that the service currently relies on. Instead, “it will help, it will augment, it will make things possible that weren’t possible before,” he said during Fortune’s Brainstorm Tech conference in July.

“They are here to help us fulfill the dream of having an infrastructure that can deliver goods locally at close to zero cost,” Lehmann added.

Postmates’ bot delivery progress arrives as the company prepares for an IPO at some point this year, joining a long list of tech unicorns going public in 2019. 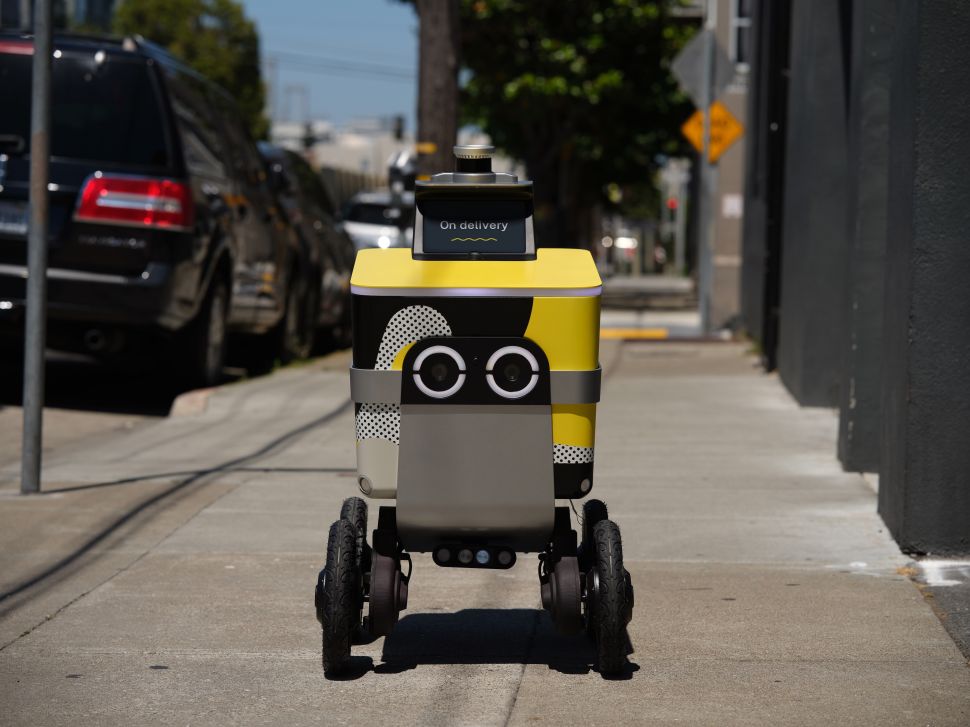