The Duke and Duchess of Sussex spent months (and millions of dollars) renovating Frogmore Cottage before they finally moved in earlier this year, but the couple is still busy decorating.

Prince Harry and Meghan Markle already created their dream nursery for Archie, installed a brand-new kitchen and added a few of Meghan’s favorite Soho Home pieces, and now they have some new art for their Windsor abode.

Prince Harry and Meghan reportedly bought a custom print of British race car driver Lewis Hamilton, according to Hello. The image, by photographer Richard Wilson, is of Hamilton getting into his Mercedes F1 AMG Formula 1 car, shortly before he won his record-breaking sixth British Grand Prix.

The 1 of 1 A1 aluminium print has just arrived. Ready to be shipped to a Royal household. I’m immensely proud of having one of my photographs displayed in a house owned by a member of a Royal family. Never had a image printed in this size or on this material, I’m blown away. Thank you all so so much for the support and many messages with kind words, I’m constantly blown away by people going out of their way to send such messages, it means more than I can ever express. Thank you. The print is still available here: Link in bio

Wilson shared an image of the aluminum print on Instagram, writing in the caption that it is “Ready to be shipped to a Royal household. I’m immensely proud of having one of my photographs displayed in a house owned by a member of a Royal family.” He also noted that this is the first time he’s printed an image in this size or material.

While Wilson wouldn’t confirm to Hello which specific royals were the buyers, he did say he was “thrilled with the fact that future generations of The Royal Family will get the chance to look back on the great sporting history we have in motorsport and we witnessed history in the making,” not to mention how shocked and amazed he was that the couple had even seen the image in the first place.

The Duke and Duchess of Sussex made a few requests for their print and asked for the larger-sized A1 print as opposed to Wilson’s usual A3 format. Perhaps they should invite their Windsor neighbors over to see it, to smooth things over following that pesky overeager aide incident. And surely unofficial Cambridge royal family photographer Kate Middleton will want to stop by to catch a glimpse of Prince Harry and Meghan’s new artwork.

Wilson’s print will be in good company on Frogmore’s walls, as Queen Elizabeth also gave the Sussexes artwork to adorn their new home with—the monarch let Prince Harry and Meghan choose a number of pieces from the priceless Royal Art Collection. We wonder which room the Duke and Duchess of Sussex plan on hanging their new photograph in—perhaps Archie’s nursery is about to get a little spruce up? 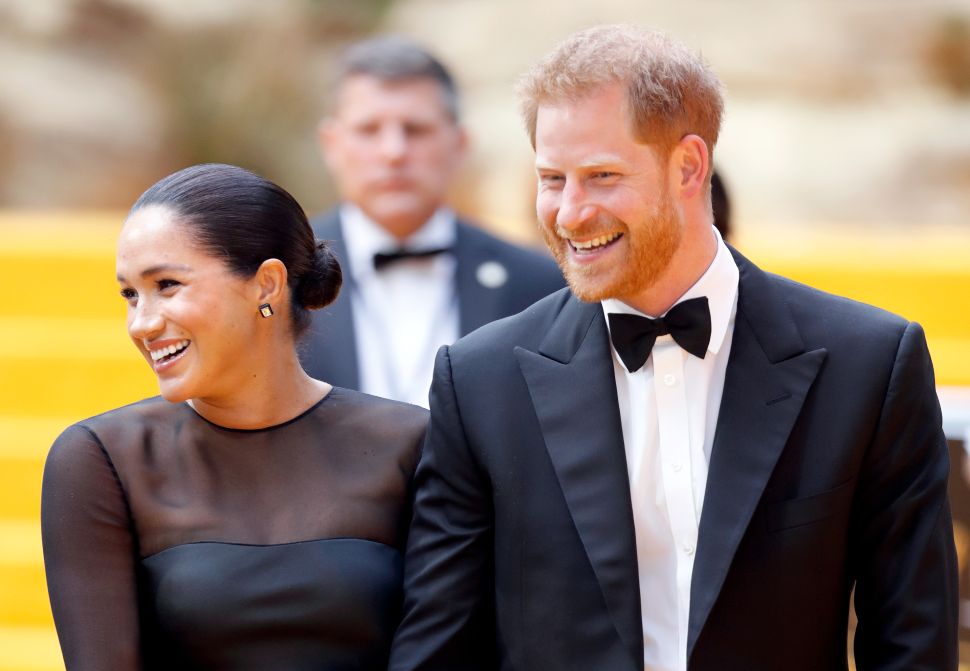