Shortly after Meghan Markle celebrated her 38th birthday on August 4 with a low-key celebration at Frogmore Cottage, she and Prince Harry headed off for the real festivities. The Duke and Duchess of Sussex boarded a private jet along with their baby son, Archie, for a luxe, secret getaway to Ibiza, spending six days in the Mediterranean locale.

And now, we know a bit more about how the Sussexes spent their first overseas holiday as a family of three. Prince Harry and Meghan reportedly stayed at Vista Alegre in Ibiza, according to The Sun, in a secluded, private villa overlooking the .

SEE ALSO: Prince Harry and Meghan Jetted Off to the South of France For Their Latest Summer Holiday

Vista Alegre is a collection of sea view homes located outside of Es Cubells, near Porroig. It’s super secure, as they’re mostly hidden behind gates. It’s apparently called a “billionaires’ playground,” per the Sun, and some of the more expensive villa options cost more than $24,400 for a one week stay, and that’s not even including the homes that are exclusively “price upon request.” And even if you’re going for the least costly option, it’s still a big splurge at over $3,880 a week for three-bedroom, two-bathroom retreat.

The pricier options include the newly built Villa Moon, which has four bedrooms, seven bathrooms and a large private pool, with picture-perfect sea views. The two-story home is an indoor-outdoor layout, with lots of room for al fresco dining and designer-decorated rooms.

Then there’s Sa Calma, which the Sun reports goes for $145,647 a week and has been rented by the likes of Paul McCartney. The three-story villa comes with a house manager, chef and use of a Range Rover.

Apparently, the already high levels of security were amped up even more during the Duke and Duchess of Sussex’s stay—they weren’t taking any chances, as Prince Harry and Meghan reportedly brought along their own personal security team in addition to local escorts for their time in Ibiza with Archie.

The Sussexes headed back to Frogmore after their weeklong getaway, but they weren’t at Windsor for long—the family jetted off to Nice, via a private plane paid for by Elton John, for another summer getaway at the famed musician’s villa in the South of France. 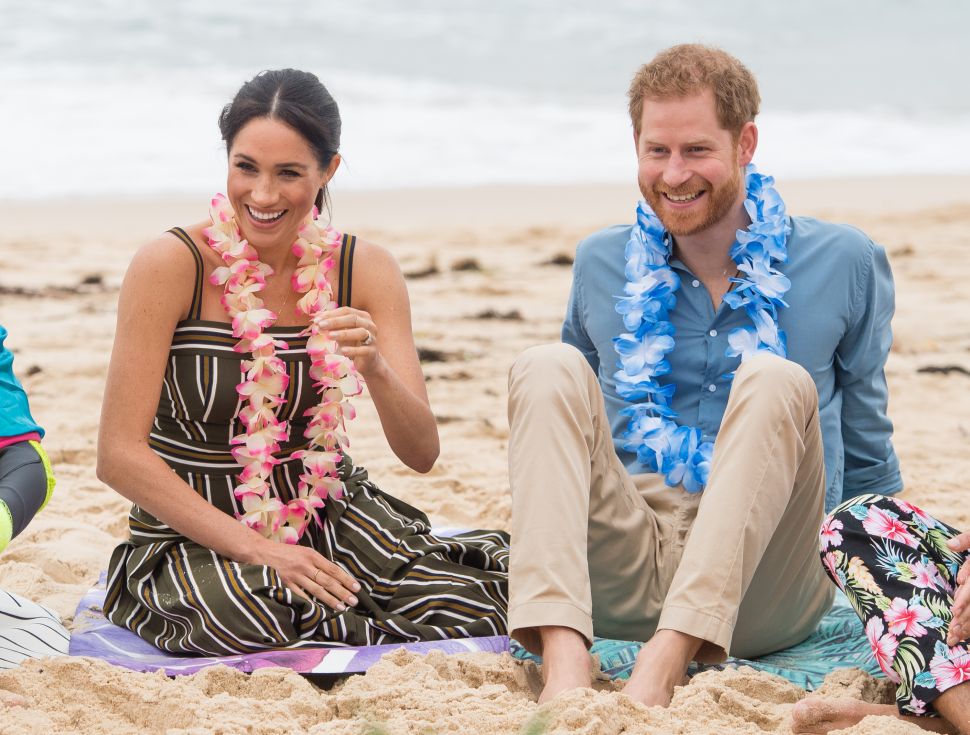