It really is endless summer for Prince Harry and Meghan Markle. The Duke and Duchess of Sussex have been living their best vacation lives this season, which has included a secret trip to Ibiza, Spain for six days to celebrate Meghan’s birthday. That getaway also marked Archie’s first overseas trip, and their first as a family of three.

Prince Harry and Meghan took a private plane from the United Kingdom to Spain for that jaunt, and now they’re back at it again, as the Sussexes jetted off to Nice, France, for another family vacation, once again by private jet.

SEE ALSO: Prince William and Kate Will Stay in Their Own Separate Cottage at Balmoral

They spent barely any time at Frogmore in between trips, as they left for the South of France just two days after landing back in London, according to pictures obtained by the Daily Mail of the Sussexes getting off their plane, with Meghan holding Archie while wearing her favorite Madewell Panama hat.

The Duke and Duchess of Sussex’s use of a private plane for all these journeys isn’t exactly going over well. Prince Harry spoke out against climate change the how to help with the environment just weeks ago at Google Camp in Siciliy, and his sue of a private plane to get there didn’t really help his cause. Prince Harry and Meghan’s further use of more private jets for their personal vacations this summer isn’t getting much support, especially with the massive carbon footprint from these planes.

To be fair, it might be a little tricky with privacy and security for the royals to board a commercial flight, so their use of a 12-seat Cessna airplane for their French retreat is somewhat understandable. They left via Farnborough Airport in Hampshire, which isn’t too far from their Windsor home, and after landing in Nice, got into a “blacked-out Mercedes people carrier” that sped the family to a private villa in a secluded area in the region. Perhaps Prince Harry got some tips from his pal Barack Obama, who also spent a luxe family holiday in the South of France, in Provence, earlier this summer.

It’s not clear if the Duke and Duchess of Sussex are still on their French vacances, or if they’ve returned to Frogmore Cottage, but they have a whole lot of travel on the agenda for the next few months. First, they have their trip to Balmoral, to see Queen Elizabeth in the Scottish Highlands along with Prince William and Kate Middleton, who are back in London after their Mustique getaway in July. And then, of course, there are all the royal tours for the fall—the Duke and Duchess of Cambridge are off to Pakistan, while Prince Harry and Meghan are set to go to Africa with Archie. Hopefully they don’t have any additional nanny issues to contend with amidst such a busy schedule. 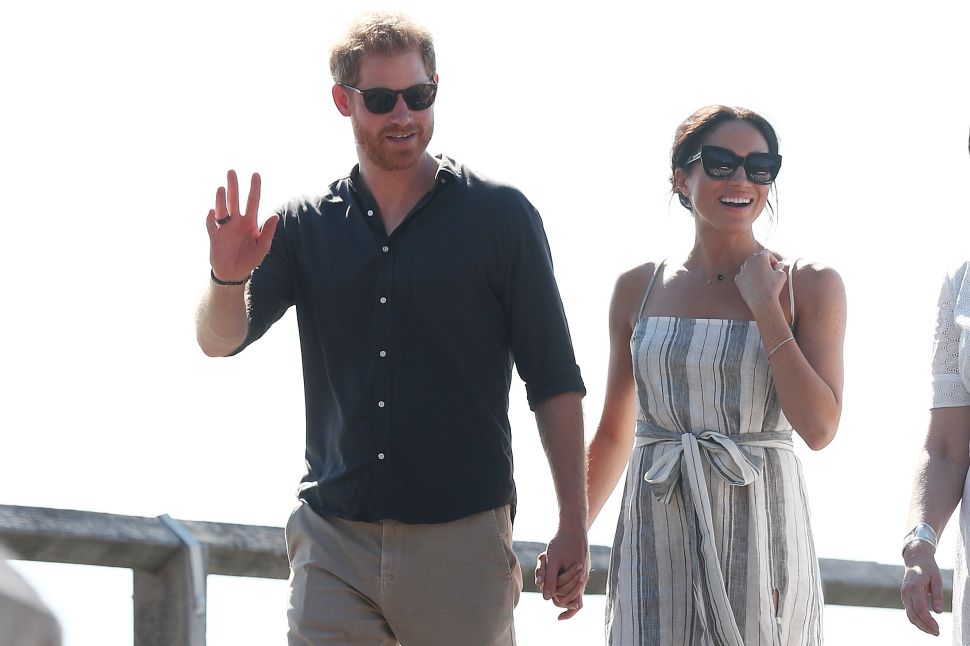