The royals are getting ready for a busy fall, but they’ve definitely made the most of their slower summer break. Prince Harry and Meghan Markle have gone to both Ibiza and the South of France, while Prince William and Kate Middleton took a luxe tropical vacation to Mustique and spent a week in the Scottish Highlands at Balmoral during their annual stay with Queen Elizabeth. But soon enough, the Cambridges will be back in London to prep for official engagements and their royal tour to Pakistan.

The Duke and Duchess of Cambridge are also getting ready for their two oldest children to begin school year Thomas’s Battersea next week; it’s Princess Charlotte’s first year there.

But they’re still making the most of the time they have left, with a little family staycation. According to the Sun, Prince William, Kate, Prince George, Princess Charlotte and Prince Louis flew back to England from Scotland today, via a commercial (and economy!) Loganair flight, and landed at Norfolk Airport. That means they’re likely heading to their Sandringham country home, Anmer Hall, because even royals love a good staycation.

Queen Elizabeth gave Prince William and Kate the 10-bedroom Georgian-style home on her private Sandringham estate as a wedding gift in 2011, and the couple actually chose to live there full-time until they made Kensington Palace their official residence in late 2017.

The Cambridges completed a major renovation before they moved into Anmer Hall, including a new tennis court, so perhaps Prince George and Princess Charlotte will play a few games during the getaway—sadly, Prince George’s private instructor Roger Federer won’t be able to hit balls with him, as the tennis champ is currently competing in the U.S. Open. Duchess Kate is a devoted tennis fan, so maybe the whole family will be watching the tournament this week.

The Cambridges keep it casual at Anmer Hall, and often do arts and crafts with their kids, cook dinner at home and play in the backyard—granted, it’s on a 20,000-acre regal estate, but still!

Anmer Hall is super private, as not only is it located within the Queen’s extremely secure royal estate, but it’s also a no-fly zone—unfortunately for Prince Harry and Meghan, Frogmore Cottage doesn’t have that same luxury. Plus, the Cambridges reportedly invested in some major landscaping à la their Kensington Palace hedges, so it’s hard for eager eyes to peek through.

While we can’t guarantee it’ll get you an invite to afternoon tea at the Cambridge home, there is a chance you could be Prince William and Kate Middleton’s neighbor for a bit—a two-bedroom cottage just down the street from the Cambridge retreat is currently listed as an $850 a month rental. 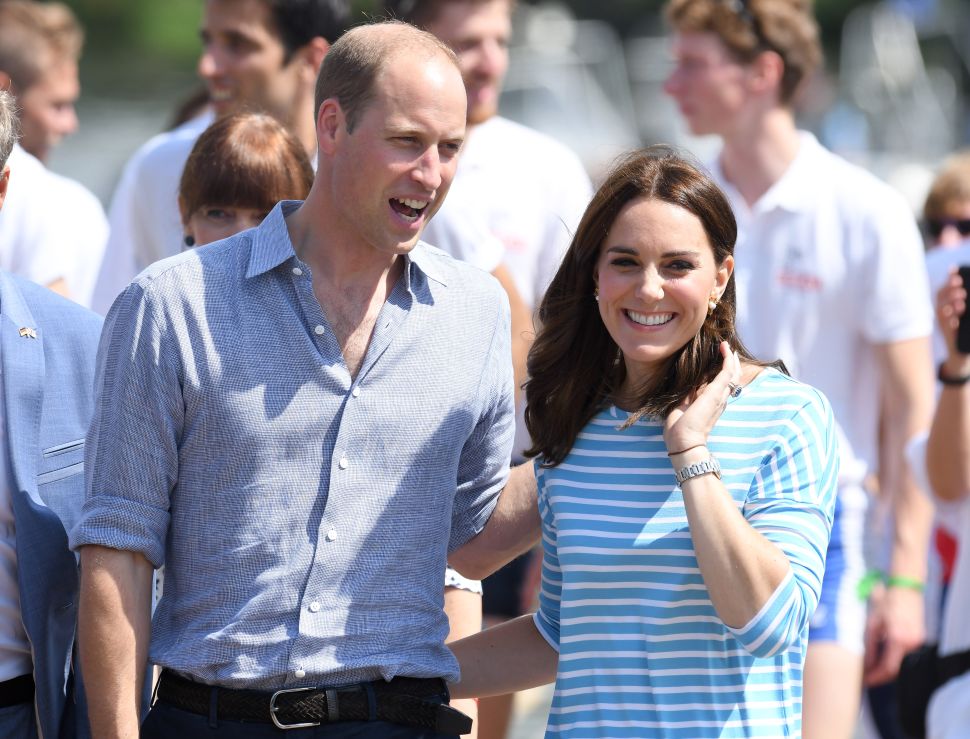