Summer is winding down, but Prince William and Kate Middleton are still making the most of the season before their children return to London for school. The two oldest Cambridge kids will begin at Thomas’s Battersea around the first week of September; it’s Princess Charlotte’s first year attending the school, which Prince George started three years ago.

But for now, they’re on a picture-perfect family vacation in the Scottish Highlands. Prince William and Kate took Prince George, Princess Charlotte and Prince Louis up to Queen Elizabeth’s beloved Balmoral Castle estate last Thursday; they arrived via a much-publicized commercial budget airline flight, which some took as a pointed response to Prince Harry and Meghan Markle’s use of a private plane for their recent summer jaunts.

Prince William and Kate reportedly had a casual lunch with Queen Elizabeth and Prince Philip on Friday, with the Queen appropriately outfitted in tartan. Naturally Range Rovers were the preferred mode of transport. Oh, and Kate was wearing a backpack! It was definitely a less tropical stay than Prince William and Kate’s Mustique summer getaway, but still very cozy and relaxing.

Lunches at Balmoral are usually quite informal, or at least as low-key as dining with the Queen of England in her 50,000-acre historic castle can really be. Meals are often served picnic style, and everyone helps set the table and cleans up after themselves. We wonder if Prince Philip was able to partake in his favorite activity, manning the barbecue.

There was no grouse shoot this year, so perhaps the little Cambridges engaged in more wholesome family activities, like playing with all the pups frolicking around the estate. There are still some formalities involved with staying at Balmoral, however. On Sunday, for example, the Duke and Duchess of Cambridge accompanied Queen Elizabeth to a church service at Crathie Kirk; Kate rode in the back with the monarch, while Prince William took the front seat.

Prince William, Kate and their children were reportedly planning on staying at Tam-na-Ghar, a three-bedroom cottage on the estate, instead of within Balmoral Castle—with all the royals visiting, it gives the Cambridges more space to spread out. After all, the Queen expects every senior member of the family to stop by and see her at Balmoral, so prepare for even more visitors before the monarch returns to London in October. 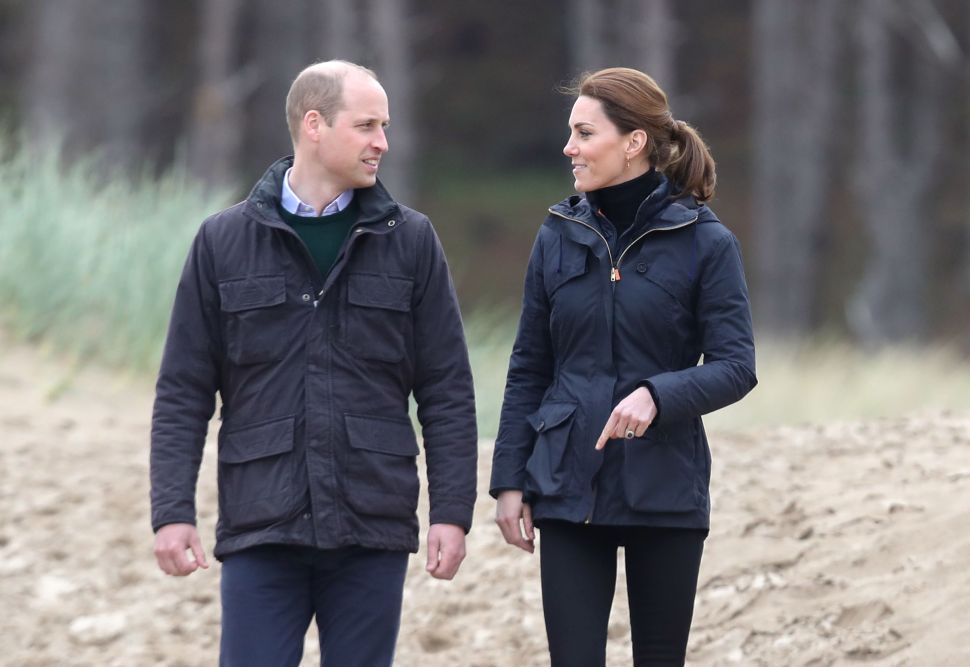