The Duke and Duchess of Cambridge have arrived back in London following their two-week family holiday in Mustique, and they truly went all out this year. Prince William and Kate Middleton typically take Prince George, Princess Charlotte and Prince Louis to the exclusive Caribbean destination around this time each year for a summer vacation, and this time around they opted for new accommodations.

The Cambridges jetted off to Villa Antilles, according to the Sun. It’s a new five-bedroom holiday home on the isle, and costs around $27,000 a week during the summer, though it can go for up to $46,500 in the high season. For Prince William and Kate’s two-week retreat, it would cost a hefty $54,000 total.

SEE ALSO: Queen Elizabeth Is Finally on Her Favorite Holiday at Balmoral

Kate’s parents, Carole and Michael Middleton, reportedly joined the getaway. The single-story, five-bedroom contemporary villa was built in 2016, and comes with a full staff including a butler, chef, housekeeper and gardener. Prince George celebrated his sixth birthday (well, his second party) in Mustique, and he reportedly loved the bedroom furnished with two bunk beds, which also has an en suite indoor-outdoor shower as well as a private garden.

There’s a great room with a full drinks bar, an open dining pavilion and a media room or study, though al fresco dining looks to be the move here. Outside, there’s an infinity pool with a jacuzzi, plus lots of lounging areas for peak tanning time.

The Duke and Duchess of Cambridge have been traveling to Mustique for years—it’s super secluded and private, and it’s a no-fly zone. They’re also pals of the owners of the island, so that must be a plus.

The family is back at Kensington Palace in London now, but surely they’ll be heading to their Sandringham country home, Anmer Hall, in the next few days for a little staycation. Prince William and Kate do, however, have one engagement soon, as they are set to partake in The King’s Cup sailing regatta on August 9, on the Isle of Wight. They’ll be on opposing teams—last year, Kate came out on top, so we’ll see who wins this time around.

And of course, they’ll be making a stop in the Scottish Highlands soon. Queen Elizabeth is officially in residence at her favorite home, Balmoral, so the Cambridges, along with Prince Harry and Meghan Markle, will go see the Queen before summer comes to an end. 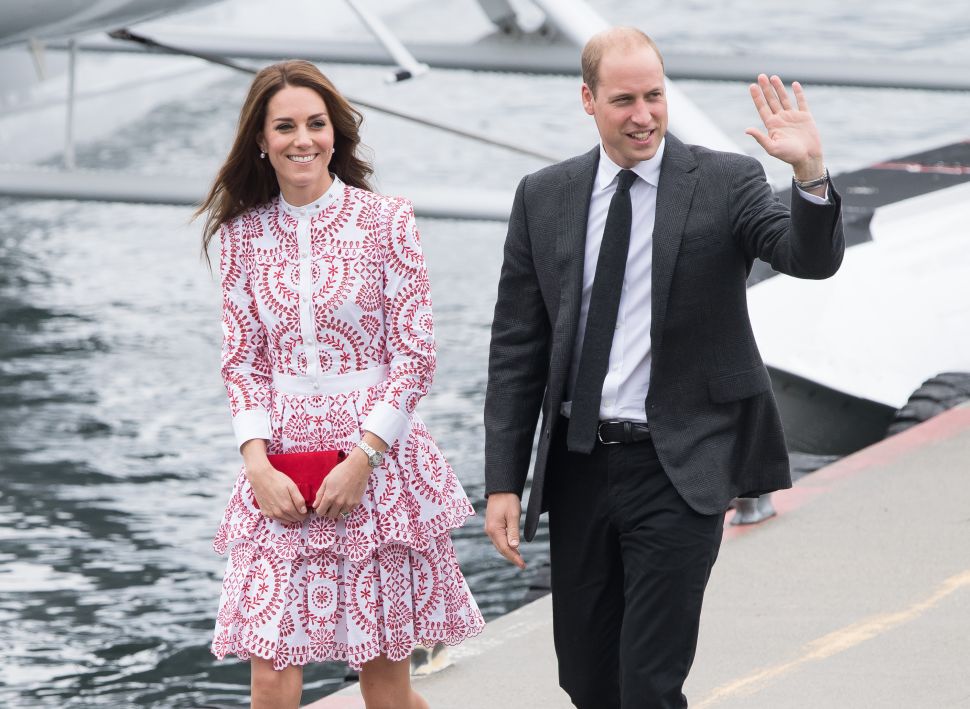