As the industry’s Third Wave peaks, artisanal coffee drinkers and brewers alike are grappling with tilting the scale of their java’s supply chain. Concerns such as sustainability, transparent sourcing, as well as fair compensation for coffee growers are at the forefront. Enter Propina: a new social platform founded by a former hedge fund manager-turned-coffee entrepreneur, which promises to compensate coffee farmers directly.

“Right now the system is completely warped in the favor of Nespresso and Illy and the large roasters,” Crawford Hawkins, founder of Propina’s parent company Grupo Crawford, told Reuters. “This is probably the perfect environment for them to be doing business and yet they’re doing the bare minimum to say they care about farmers.”

According to the Propina app, “the subsequent payment is allocated to the farmer that provided the service for the store, produced the coffee for the consumer and contributed to the production of photos and video from the coffee farm.”

The idea is to have Propina generate supplemental income for bean growers via two different mobile apps, inspired by Hawkins’ time working on a coffee farm in Colombia. The Tip Your Farmer app is for consumers to connect with their favorite coffee’s farmers, with features such as live video and photo updates, as well as the option set up recurring donations. Meanwhile, the Propina Business version allows coffee shops to offer the service as part of their customer-facing POS.

The platform’s launch is part of a major innovation effort occurring at the intersection of the coffee and tech industries, with investors looking to disrupt the category from every angle in the name of sustainability (down to the development of beanless coffee).

Propina’s rollout includes a launch this month at Madrid’s SupraCafé chain, with plans to expand into the U.S. market via partnerships with local coffee shops. According to Hawkins, he hopes to have Propina present at “500 to 1,000 locations” in the next year by bringing it to coffee counters at gyms and co-working spaces. 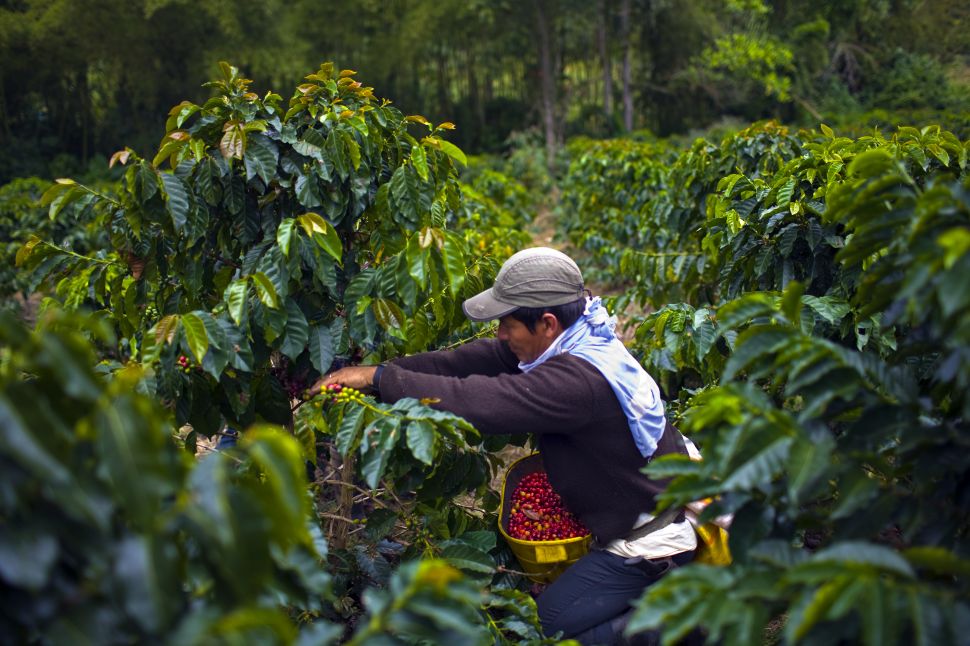