For years, Oscar-winning filmmaker Quentin Tarantino has said that he will retire from features after 10 films. Well, the critically acclaimed box office hit Once Upon a Time in Hollywood is his ninth movie, and Tarantino is still sticking to that self-imposed end date. While Tarantino may not know exactly what his final film will be, he does have a general idea of what he wants out of it.

“If you think about the idea of all the movies telling one story and each film is like a train boxcar connected to each other, this one would sort of be the big show-stopping climax of it all,” he said, per The Hollywood Reporter. “And I could imagine that the 10th one would be a little more epilogue-y.”

Tarantino has said that his filmography can be split into two distinct groups: the real universe and the movie universe. The former is an alternate reality that houses “actual events,” or real things that take place in this universe that exists as a heightened version of our own. Entries in this group include: Reservoir Dogs, True Romance, Pulp Fiction, Death Proof, Inglorious Basterds, Django Unchained, The Hateful Eight and Once Upon a Time in Hollywood. The latter is composed of the pop culture within the former, so when characters head to the movie theater, they can catch one of Tarantino’s films such as Natural Born Killers, From Dusk Till Dawn and Kill Bill.

Understanding the way he views his own filmography, it makes sense that Tarantino would want his presumed final chapter to serve as a connected epilogue for his career. What that may look like, however, is anyone’s guess.

In recent years, Tarantino has been developing an R-rated Star Trek film with J.J. Abrams for Paramount Pictures. The Revenant scribe Mark L. Smith recently completed a screenplay for the project. While fans hope Tarantino will direct this feature, the far more likely scenario is that he serves as a producer.

Though Tarantino may be walking away from film, he has maintained that he’ll still be active in entertainment. He has discussed his desire to write books, plays and even dabble in television. 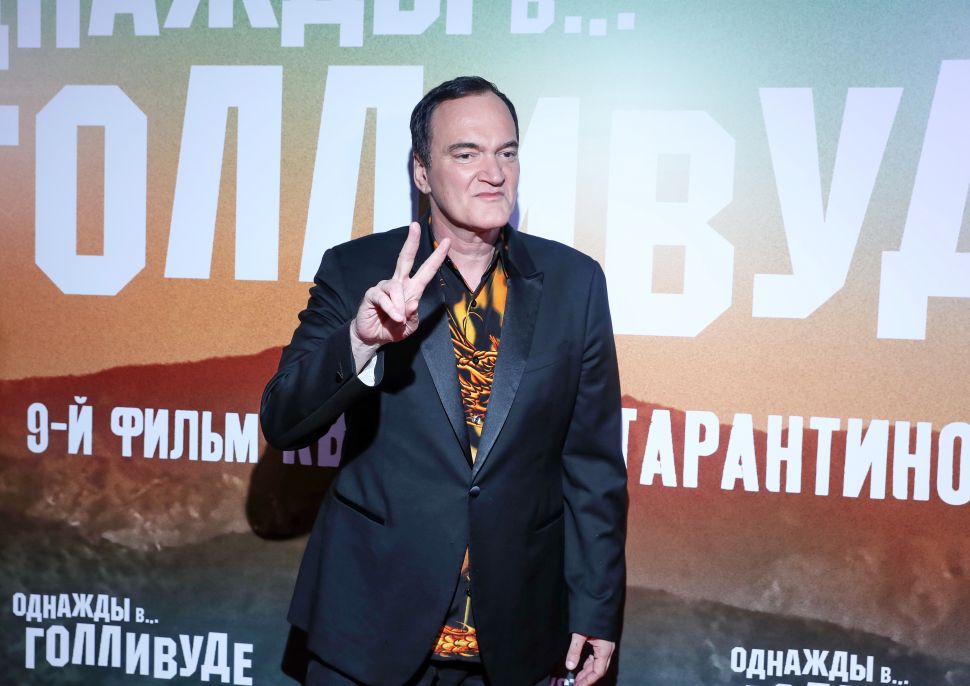