Rent the Runway is facing a new wave of competing services. Only this time, the startup is being forced to share the clothes lending spotlight with long-established companies.

In the past several months, major brick-and-mortar retailers, including Bloomingdale’s, Banana Republic and Urban Outfitters, announced their own respective versions of monthly rental subscriptions.

Just in time for back-to-school and holiday shopping season, 2019 is proving to be the year the retail industry is finally giving into the rental model after decades of focus on sales.

For younger shoppers, Urban Outfitters Inc. announced Nuuly in July. The $88 a month subscription also includes access to articles from the parent company’s other labels, Anthropologie and Free People, as well as third-party labels and vintage pieces. On the higher end of the fashion scale, department store Bloomingdale’s unveiled its $149-per-month “My List” service debuting in September, in which shoppers can choose up to four designer items to borrow. Meanwhile, Gap-owned Banana Republic announced Style Passport last week, hoping to attract customers looking to borrow the brand’s preppy styles for an $85 monthly fee.

Aside from the already-launched services, some retail chains like Macy’s and J.C. Penney are currently experimenting with used clothes rentals in hopes of swaying shoppers to their traditional department stores.

There is no doubt the popularity of Rent the Runway among fashion-conscious customers has inspired the overall industry to hop on the subscription wagon. It seems fashion executives have finally caught on to the “anti-ownership” reputation that millennials have become known for, favoring renting over investing, as evident by the success of streaming platforms like Spotify and Netflix.

The trend is what lead to Bloomingdale’s My List, the company’s executive VP and general merchandise manager of ready-to-wear Denise Magid told Women’s Wear Daily during the announcement.

“Urbanization has led to people living in smaller homes or apartments with limited space for clothes. Netflix has changed the way we consume movies, while Uber and Airbnb have made it second nature to share our car rides and our homes. Fashion is no exception and our customer is no exception—she wants variety, discovery and experience,” Magid said.

While Rent the Runway has a new army of fashion brands to fight off the catwalk, the tech unicorn has other challenges as it scales. Not only has the company introduced kidswear and a West Elm partnership to offer home decor, Rent the Runway is also reportedly struggling to supply high demand and improve customer service as it grows.

Earlier this year the New York City-based startup, which operates an e-commerce site as well as retail shops around the country, became the latest to achieve “unicorn” status in the direct-to-consumer category. Rent the Runway’s last funding round of $125 million, led by Bain Capital, helped it achieve a billion dollar valuation.

Co-founder and CEO Jennifer Hyman told The New York Times in March that the fresh batch of funding will be used to create “the Amazon Prime of rental.”

“You’ll continue to see that this new living closet that we’ve created is going to apply not only to how you get dressed, but it’ll apply to all of the products that you use,” Hyman said.

Rent the Runway was unable to provide Observer with a comment on the similar services launching by the time of publication. 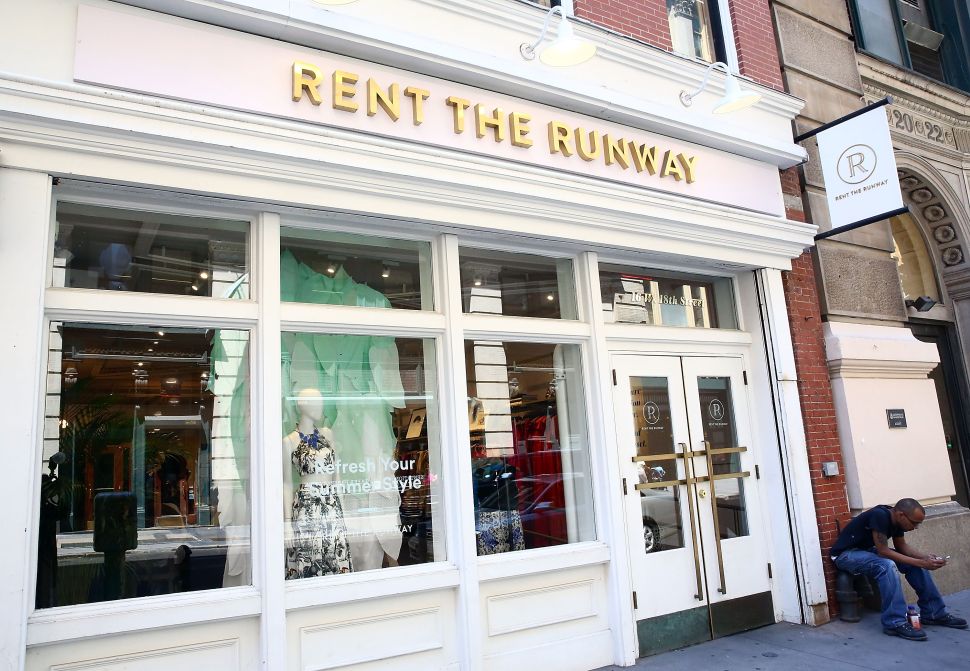