Robert Indiana’s famous LOVE sculptures are some of the most recognizable artistic creations on the planet, but a vicious dispute over both his quality of life in later years and the rightful owners of his work after his death has cast a dark cloud over his legacy. On Wednesday, James Brannan, the executor of the Indiana estate, filed court papers claiming that the artist’s former caretaker, Jamie Thomas, failed in his task. The documents allege that Thomas allowed Indiana, who was suffering from various physical ailments and losing his memory, to live in “squalor and filth” in a home that was “littered with animal feces and urine” and “infested” with rot.

Brannan’s attack is just the latest in a flurry of spilled ink surrounding the matter. One day before Indiana’s death in 2018, the first lawsuit was filed against Thomas, who was bluntly characterized as “a fisherman from Maine with no art expertise that Indiana had employed to run errands and do work around the house.” The Morgan Art Foundation, which in 1999 had purportedly been granted the right to exclusively produce, own and sell some of Indiana’s most famous and oft-copied sculpture designs, alleged that Thomas had conspired to market fraudulent copies of Indiana’s work. Since this initial accusation, the struggle over the artist’s approximately $77 million estate has escalated into an all-out war between the Morgan Foundation, Thomas, a founder of a major publishing house and inevitably, Indiana’s estate executor James Brannan.

SEE ALSO: The Gloves Are Off in the Legal Battle Over Robert Indiana’s ‘Love’ and ‘Hope’ Artworks

Still more finger-pointing complaints have been filed. The Morgan Foundation has been accused of not properly compensating Indiana while he was alive, which they predictably deny. “The estate has repeatedly and recklessly claimed that Morgan Art Foundation underpaid Indiana,” Luke Nikas, the foundation’s attorney, told Artnet in July. “This is precisely the outcome that should be expected when an estate that knows virtually nothing about the artist or his art tries to rewrite history.” In the same month, Thomas countersued the estate for $2 million towards covering his mounting legal fees.

The underlying tragedy in this back-and-forth is that decades before his death, Indiana fled to Maine to lead a reclusive life rather than continue to endure the New York City art scene. This litigious disaster feels like exactly the kind of drama he disliked, and that he created work to counter. 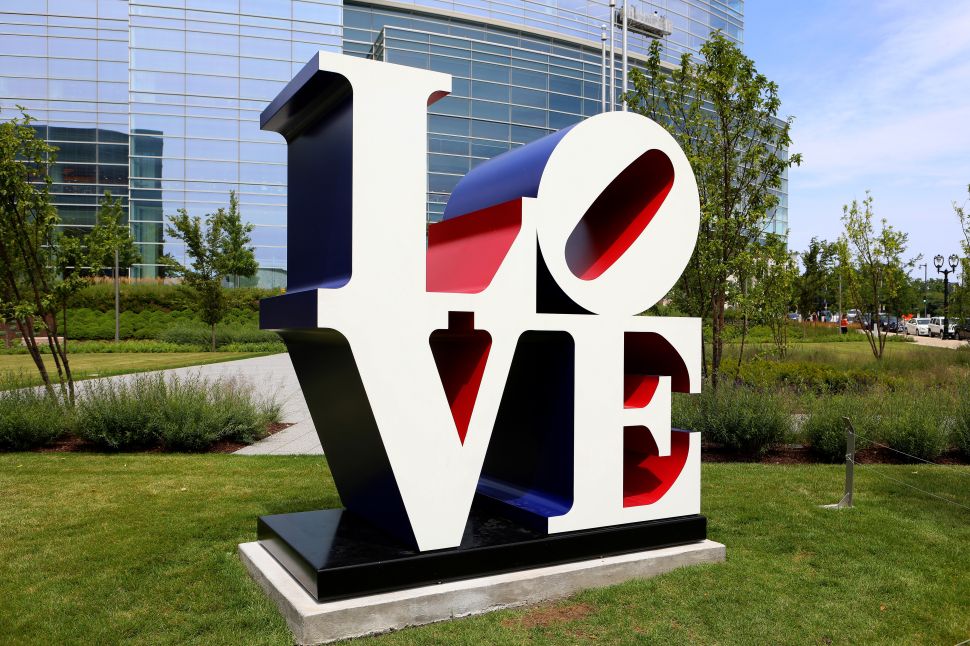