Scary Stories to Tell in the Dark ends in early November 1968, with a car bounding through the beautiful fall foliage of Western Pennsylvania. That’s a little less than four months before Once Upon a Time… in Hollywood begins, and about 2,500 miles away.

Both are pastiche films that make absolutely clear their love of movies and storytelling. They display an obvious affection toward and enthusiasm for the period in which they are set, even while the stories they tell from that time acknowledge a scary and rapidly changing world and are filled with terror and doom.

SEE ALSO: ‘Hobbs & Shaw’ Made a Major Miscalculation With Its Car Chases

But for Scary Stories—the new PG-13 horror movie devised by producer Guillermo del Toro to be a young person’s gateway into the arty spine-tinglers he adores—the nostalgia isn’t for the TV or the pop culture ephemera of the late ’60s. (Though  you should expect both films to fill you with drive-in movie envy.) Instead, the film serves up a paean to a romanticized version of an unfettered childhood from that era, when exploring a long rumored tale about haunted mansion in the center of town seemed like a perfectly appropriate Halloween night activity for a group of outcast friends.

The film is directed by André Øvredal—the Norwegian filmmaker behind the 2010 “found footage” horror movie Trollhunter—who has a strong sense of the rhythm of Gothic filmmaking. His opening sequence at dusk in the fading town of Mill Valley, set to Donovan’s “Season of the Witch,” shows just how lively the often dreadful task of story establishment and character introduction can be in the right hands.

Once the sun finally sets, Øvredal and his cinematographer, Roman Osin (Joe Wright’s 2005 adaptation of Pride & Prejudice), show they are not the least bit afraid of the dark and using darkness to tell their story. They also mix extreme low angle shots, close-ups and push-ins that collectively mirror the wonder and intensity with which a young person experiences the world.

Øvredal also coaxes mostly strong performances from his young cast. This is especially true of Zoe Colletti (Showtime’s City on a Hill) as protagonist Stella, an emotionally fragile horror fan and budding writer who finds a haunted book full of scary stories that share an unfortunate quality in that they all come true.

But does Øvredal meet Del Toro’s goal of indoctrinating multigenerational fans of Alvin Schwartz’s book series to the wonders of the horror genre, in the process kicking off a potential franchise that could rival the Conjuring slate of films? Only partially, mainly because it’s a goal of outsized ambition.

The film is never quite sure where to draw the line on too much or not enough. Is a pitchfork through the abdomen overdoing it? Probably, but who knows. What does become obvious is that stripped of the full gory toolbox normally gifted horror directors, Øvredal ends up relying too much on ear-piercing jump scares.

There is never that kind of palpable and encroaching sense of dread in Scary Stories that even the lesser Conjuring films just ooze. Without it, these plucky teens’ investigation into a century old mystery about whether the shut-in daughter of a rich industrial family was indeed the child murderer of town legend can be no more fear-inspiring than an early episode of Scooby Doo.

To its credit, the movie does have more on its mind than a typical horror flick. It tackles small town nativism (which, thanks to our President, has become one of our most pressing national issues) through a character played by Michael Garza, a Latino drifter who forms a deep bond with Stella. In the background, black and white televisions tell the story of Nixon’s reelection and the Vietnam War, which would continue to churn through bodies for another six years. It’s a reminder that even the scariest stories children tell each other cannot compare to the horror of real life.

Scary Stories to Tell in the Dark, which exactingly evokes a pre-corporatized Halloween of hand sewn costumes and stupid pranks, is an effective answer to the question of what to do with the kids who have aged out of trick-or-treating but still want to do something fun.

Try showing them this movie. If they end up scarred for life, then they probably should have been outside asking their neighbors for candy. 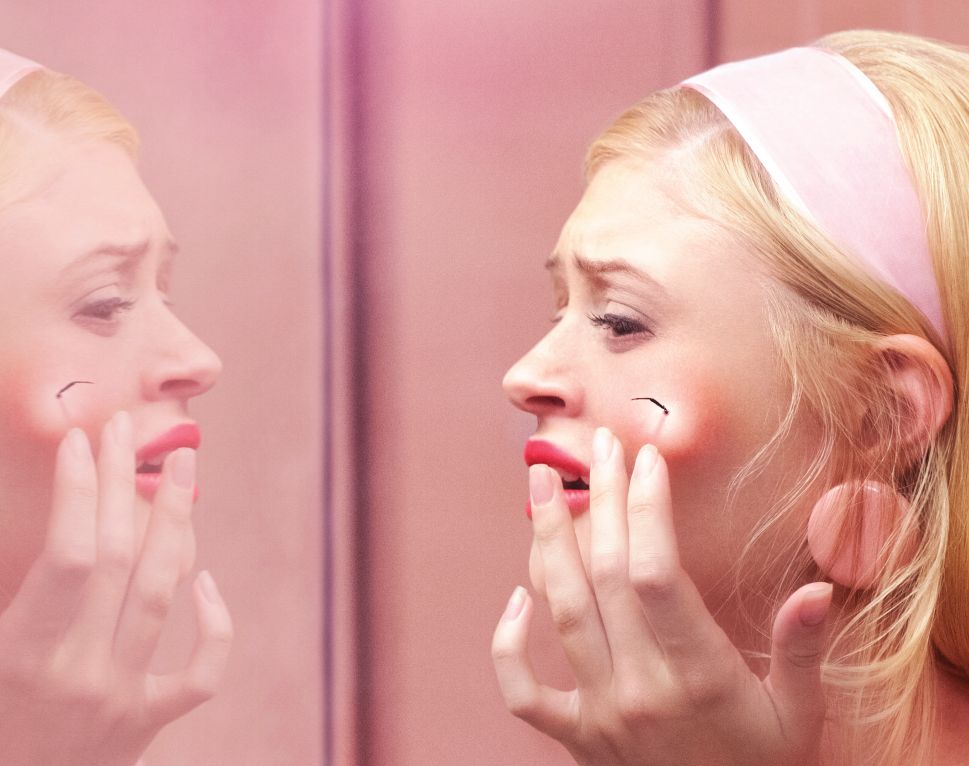