The direct-to-consumer company launched Confessions of a Rebel, “a bold, gender-fluid fragrance brand,” this summer. According to Scentbird, they leveraged the “millions of data points across the U.S. to concept and create new scents” from the site’s 300,000 subscribers.

Unlike traditional perfume houses, the startup’s direct sales strategy gives it an instant idea of its consumer’s scent choices, notes and even factors like the popularity of scents in certain states. Over the years, this info has helped the company determine which new brands to sign onto the platform, along with the building of marketing strategies and targeted recommendations.

Now the use of its artificial intelligence (AI) software is enabling Scentbird, which raised an $18.6 million Series A round in 2018, to create products for Confessions of a Rebel. To engineer the new fragrances, the team identified patterns within user reviews, analyzing all top-rated products with 4-stars and above, then compiling a list of notes found most popular with each gender.

“Perfumery is still an art, but using data enhances the process and enables the brief to be very tight and to-the-point versus including more storytelling, which is what a lot of briefs are,” Nurislamova explained.

According to the data collected, among the top 20 most popular fragrance notes between men and women, there were 13 exact matches, “making them the most unisex” scents. These 13 notes included five woody, three citrus, two herbal, two oriental, along with musk, a commonly used base note. Hence why the team behind Confessions of a Rebel has favored woody and citrus notes in the creation process.

The research resulted in four gender-fluid fragrances for the launch: “Get a Room,” “About Last Night,” “Love High” and “Almost Single,” available now and retailing for $110 each. Scentbird says the line has already become a bestseller since its July 15 launch. 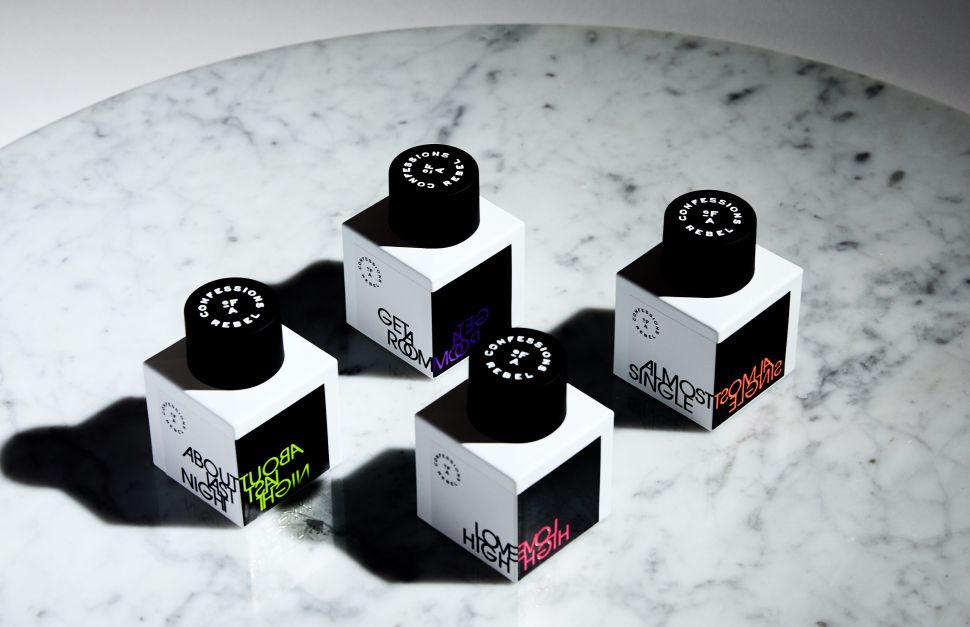