The day is finally here. Driverless cars have hit the roads in the busiest city in the world. They are not freely running on Sixth Avenue and Broadway just yet, but it’s still a big deal.

Rides are open to all and free of charge. The vehicles will operate from 7:00 a.m. to 10:30 p.m. on weekdays between the NYC Ferry stop at Dock 72 and the Yard’s Cumberland Gate at Flushing Avenue. On weekends, they will go between the dock and the newly renovated Building 77 during the same time periods.

The program is designed to transport 500 passengers per day, totaling 16,000 per month. The Brooklyn Navy Yard signed up Optimus Ride as a partner as the Navy Yard goes under a $1 billion expansion project, which aims to double its tenant base to 20,000 by 2021.

It could also be the beginning of Optimus Ride cars actually hitting public roads in Manhattan. Citi Bike, the now ubiquitous bike-sharing system in New York, was also first tested at the Brooklyn Navy Yard before rolling out to surrounding neighborhoods.

“Launching our self-driving vehicle system in New York at the Brooklyn Navy Yard is yet another validation that not only is Optimus Ride’s system a safe, efficient means of transportation,” said Optimus Ride CEO Ryan Chin, “but also that autonomous vehicles can solve real-world problems in structured environments—today.”

Those cars won’t be exactly driverless, though. A safety driver and a software operator will be on board in case human intervention is needed. Vehicles operating in the Yard are programmed to go no faster than 15 miles per hour. In past tests, Optimus Ride cars have reached the maximum speed of 25 miles an hour.

Optimus Ride was founded in 2015 by a group of young researchers from Massachusetts Institute of Technology. Its self-driving vehicles use a combination of “lidar” sensors and cameras to navigate routes around them.

The company has completed over 20,000 trips since its launch in several locations near Boston. 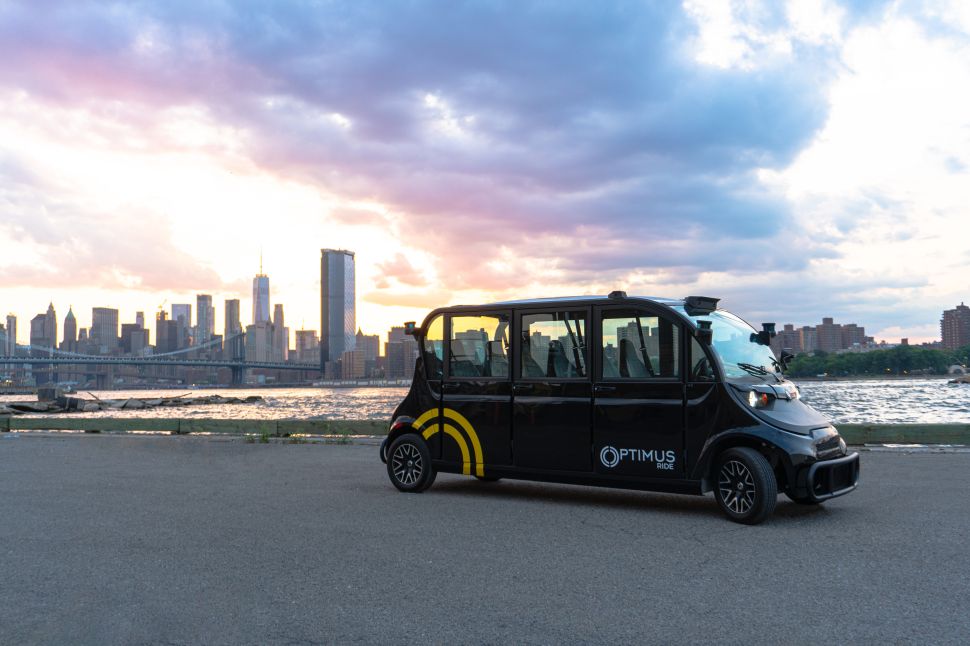