On our current plane of existence, virtually anything in the world you can look it is either already or about to be monetized. If you’re an artist, it can be difficult to figure out a way to push back against capitalism’s sublimation. For those who work within more finite mediums like painting or sculpture, it’s simple to to sign your name on something and assign it ownership and value. For street artists, however, the fact that their work is often superimposed on public infrastructure represents a whole host of new problems. Ideas can more easily be copied or grafted onto commercial work, and this is exactly the conundrum that’s now being actively addressed through stringent litigation, according to a new inquiry from the Hollywood Reporter.

We already know that copyright infringement and intellectual property law dictates that original artistic work may be used for another purpose only when permission is granted by the creator. When permission isn’t granted, things can get hairy. Apparently, a new precedent is being set: social media influencers with big followings are being sued for posting content where the influencer in question is posing in front of artwork, without having asked the artist first.

This might sound silly, but think about it. Kylie Jenner is a walking business whose sponsored Instagram posts pull in $1.2 million apiece for the star. Hypothetically, if Kylie posted a picture of herself wearing Gucci slides in front of a Mohamed L’Ghacham mural, wouldn’t the latter artist have every right to be upset that his naturalistic, 20th century-inspired work was being used as a backdrop for an ad?

Recently, Ai Weiwei successfully sued Volkswagen for using one of his artworks in the background of a print ad. Similarly, just last week street artist Julian Rivera sued Walmart and Ellen Degeneres because he believes that they stole one of his signature designs for a low-cost clothing line. The takeaway here is that creators are pushing back harder than ever against their work being mined for profit against their will, and cracking down on sponsor-laden Instagram influencers may become a much larger element of that struggle. 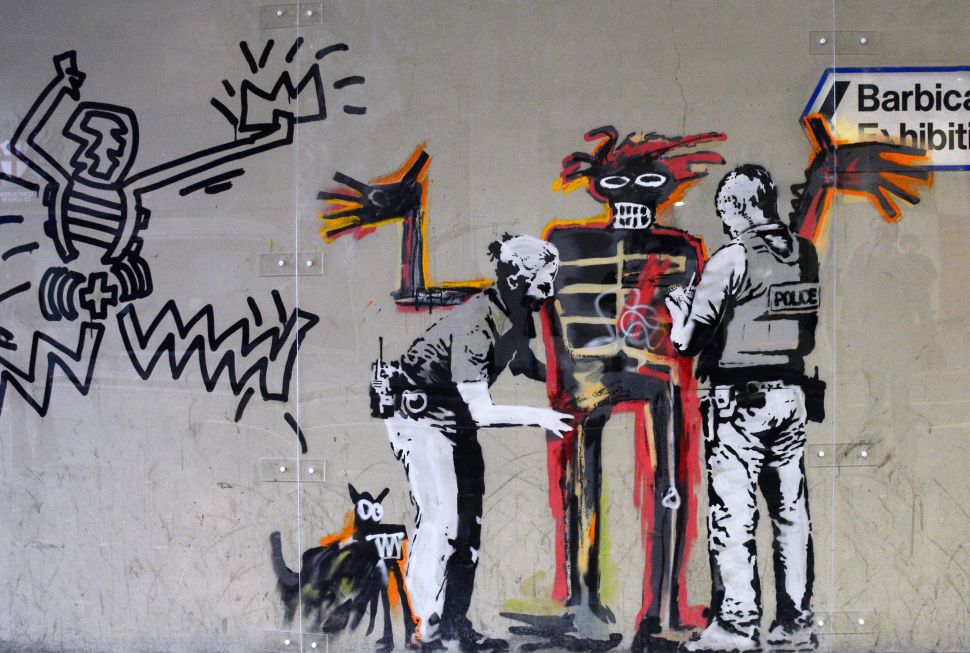