When one conceptualizes the sale of art at auction, it’s easy to assume that when a buyer snaps up a much-desired piece by a famous artist, she immediately either hangs it in her home or stores it away for safekeeping. But highly valuable works often end up back on the auction block, which is when some truly interesting data begins to be generated.

According to Sotheby’s Mei Moses, a division of the auction house which produces analyses of the art market, prices have increased rapidly over the past six years for works by female artists that have repeatedly returned to auction. Conversely, the data shows far more acceleration in prices paid for work by women than for pieces by male counterparts. Put another way, the study indicates that the purely monetary value of art made by women appears to be on an upward trajectory.

Essentially, writes Sotheby’s Michael Klein, “this means that a work by a female artist bought in 2012 would, on average, be worth 72.9% more if sold in 2018.” Directly in contrast to this leap, the value of work made by male artists has increased by only 8.3% within the same time period. These figures are encouraging, but there’s also still a massive gender imbalance in the data that’s being analyzed here.

Only 499 women artists have been assessed in the Sotheby’s indexes as opposed to 8,477 male artists; clearly, men still dominate and dictate the art market with a grim totality that’s impossible to ignore. Plus, it’s unclear how this study accounts for (or doesn’t account for) artists who don’t identify with strictly binary presumptions of gender identity. After all, many “valuable” artists are neither men nor women.

Klein postulates that the reason behind this broad-spectrum price increase for female artists has a lot to do with supply and demand. As works by “old masters” have been snapped up and stored away all over the world, more and more institutions are touting the work of “overlooked” artists as the new hot commodity. So now you get the connection: female artists have been passed over and ignored for millennia, and only recently has the world begun to care about all the brilliant work that’s gone unseen. 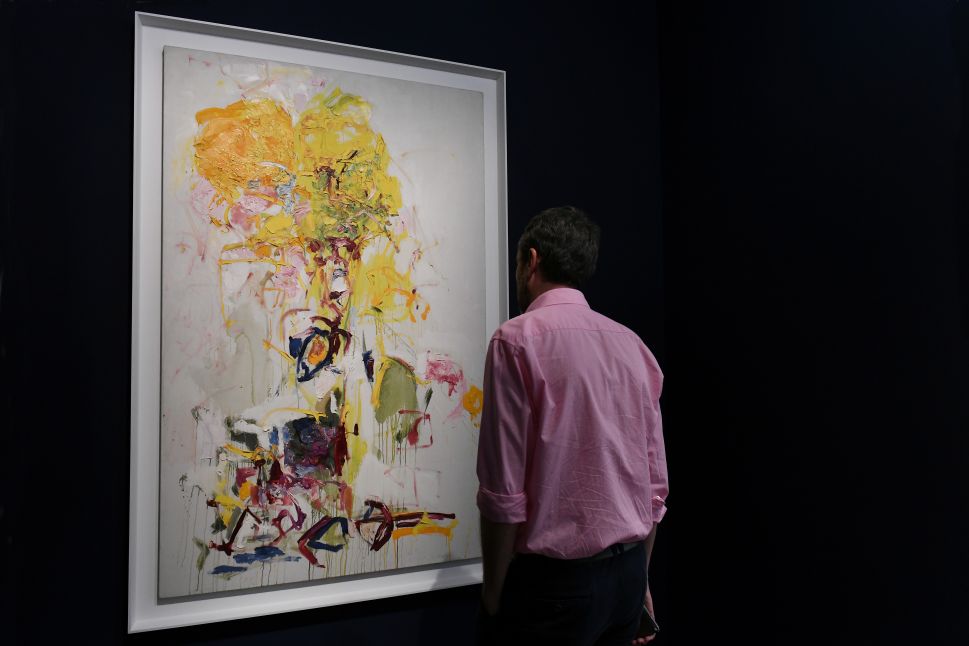