Elon Musk’s SpaceX and Jeff Bezos’ Amazon are engaged in an arms race to be the first commercial company to build a satellite-based internet infrastructure in space. Both companies have plans to launch thousands of satellites into low Earth orbit (LEO) in the coming year. But so far, talent seems to be tight and progress has been slow.

Meanwhile, a small rival of the two tech giants called OneWeb, a 12-year-old internet infrastructure company headquartered in the UK, has been making great strides in this field.

This month, OneWeb announced that its six satellites in orbit had acquired priority rights of Ku- and Ka-band spectrums from the International Telecommunication Union (ITU). The Ku- and Ka-band refer to specific ranges of radio frequencies at which satellites transmit signals from each other. Ku-band service uses the 12-18 GHz, and Ka-band uses the 26.5-40 GHz, segments of the electromagnetic spectrum. These are important metrics in broadband internet access, because the higher the frequency the more bandwidth a system can provide.

OneWeb was granted rights to these spectrums after its satellites functioned successfully at the designated frequencies for more than 90 days.

“Spectrum is a scarce resource, and the ITU plays a vital role in the global management for access. The harsh reality for anyone trying to make a real impact on global connectivity is that no matter how good your network is, success is not possible without the right spectrum,” Ruth Pritchard-Kelly, OneWeb’s head of regulatory affairs, said in a statement.

“With our spectrum now in use, OneWeb has proved it can bring together all the elements required—in space, on the ground, and in between—to change the face of connectivity everywhere,” she added.

Acquiring ITU rights represents another milestone after OneWeb successfully launched six satellites in February of this year and opening a manufacturing facility in Florida last month.

For the remainder of 2019, OneWeb plans to launch 30 satellites per month with an ultimate goal to build a constellation of 1,980 satellites in LEO and provide full global coverage by 2021.

SpaceX’s competing project, Starlink, plans to build a much larger constellation of over 10,000 satellites. But to date, the rocket company has launched fewer than 100 satellites. In May, SpaceX sent up 60 Starlink satellites in one heavy-load launch. But 10 of them have been decommissioned for unknown reasons, per Teslarati. The remaining 50 have reached their final orbits.

Amazon’s satellite project is at an even earlier stage. In April, Observer reported that Bezos had hired SpaceX’s former head of satellites, Rajeev Badyal, and several members of his team, to lead Project Kuiper.

Correction: A previous version of this story inaccurately stated that the ITU’s rights to band spectrums are first-come, first-served. 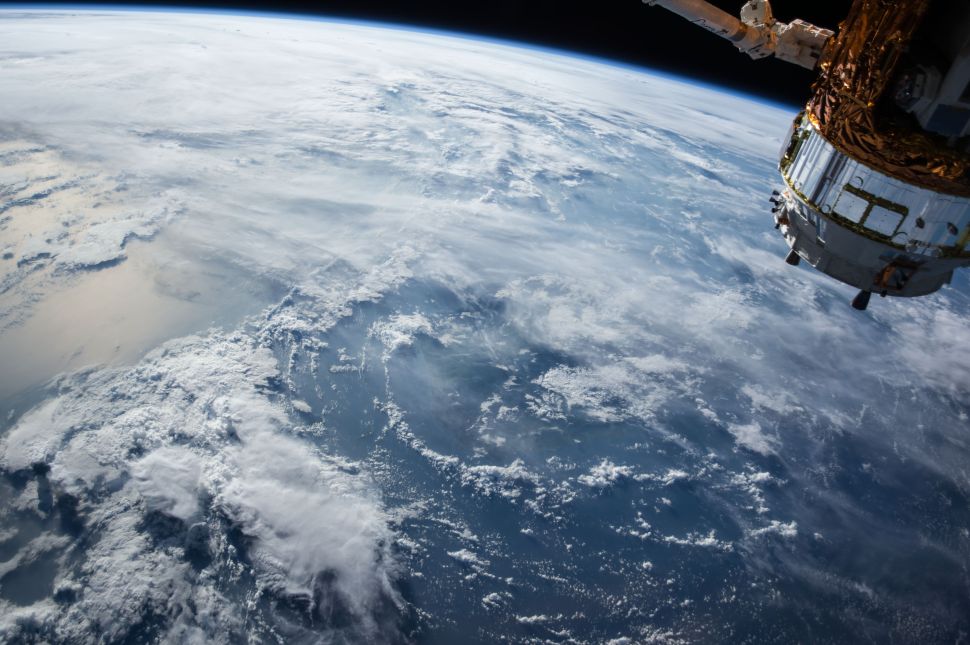