Modern military hardware need not be “new” in order to be extremely effective—and to be an ongoing source of anxiety among your rivals for world power.

The B-52 bomber—which is slated to be in use for almost a century with the United States Air Force, albeit with significant improvements in engines and avionics over the models you remember from Dr. Strangelove, by the time it is retired—is one example.

Another example is the Kilo-class submarine, which entered service with the Soviet Navy in 1980, and—following significant upgrades—is today under the Russian flag harassing British warships and tapping into internet cables on the ocean floor virtually undetected, according to very rattled sources within the UK military.

The Telegraph was the first to report the worries, which include the belief that new and improved diesel-powered Kilo-class boats—more accurately referred to as the Varshavyanka class—equipped with stealth technology are stalking British warships undetected, in British territorial waters.

And at least one Russian submarine has already successfully demonstrated its potential by cruising nearly undetected along a NATO member-state’s coastline, the newspaper reported. (We say almost, because if it were truly undetected, it couldn’t become a threat in the press.)

The new Kilos, first delivered to the Russian Navy in 2013, have been on Western military observers’ minds for several years (in no small part because the Russians have chosen to sink most of their Navy-related investments, post-USSR, into submarines).

They are relatively small—238 feet long and 32 feet wide—and have a small crew of 53 sailors. As The National Interest reported, they aren’t fast, they can’t cruise particularly long, and they aren’t very good in the deep ocean.

Despite this, with their advanced stealth technology and quiet-running diesel engines, they cost about $2 billion per boat, according to Global Security. A major source of hard currency for the flagging Russian economy, at least six improved Kilo boats have been sold to Vietnam to further that country’s hopes of counterbalancing Chinese influence in the South China Sea.

The Russian Baltic Fleet is said to have six Varshavyanka/improved Kilo-class subs. Construction on another six, to be delivered to the Pacific Fleet, began in 2016, with the first delivered this past March.

Their main function is to serve as “sub-hunters,” seeking out and destroying larger and louder ballistic-missile boats before they can hit land-based targets—such as the nuclear warhead-equipped submarines that are one-third of the nuclear deterrent in both the UK and the United States—and to interdict other shipping in “shallow waters,” which is why they might be on the minds of British war hawks seeking imperative (and funding) to upgrade their own complement of ships.

But what makes them so quiet? The design of the hull is said to look like a drop of , for one, and thus creates very little resistance. The propellers are also semi-separated from the hull—mounted on a rubber base—which further cuts down on the vibrations that would otherwise reveal the submarine’s position. And they can stay submerged, moving very slowly, for up to two weeks.

The success of the new “super-Kilos” represents a remarkable turnout for Russian President Vladimir Putin, whose first term was marred by the high-profile loss of the Kursk, an Antey-class nuclear-powered submarine, during a 2000 exercise. The Kursk was only six years old at the time of its loss, and both Putin and the Russian Navy were criticized for bungling and then covering up the attempted and ultimately failed recovery of the boat. All 118 sailors aboard perished, including the at least 23 who survived the initial explosion and sinking.

And not that the Russian submarine forces are somehow invincible. Over the summer, Russian state-run media admitted that a fire had broken out on a “deep-sea vessel,” believed to be a nuclear-powered submarine, according to The New York Times.

Whatever threat the improved Kilo subs pose isn’t new—but if they are operating close to British waters AND tapping into internet cables, that would represent a relatively new and newly aggressive use. But as the Russian news agency TASS reported, the Russians believe any recent noise over the Kilos is just a scare tactic meant to shake loose more defense funding.

And as luck would have it, British military sources are whispering in The Telegraph’s ear just as the British Navy is adjusting to a new commander. Admiral Tony Radakin is already on record saying that he wants more investment and a “less stifling process” in order to upgrade the British presence in the North Atlantic.

In other words, on the open ocean, much is the same as it’s always been among the great powers. The only thing changing is the gear. 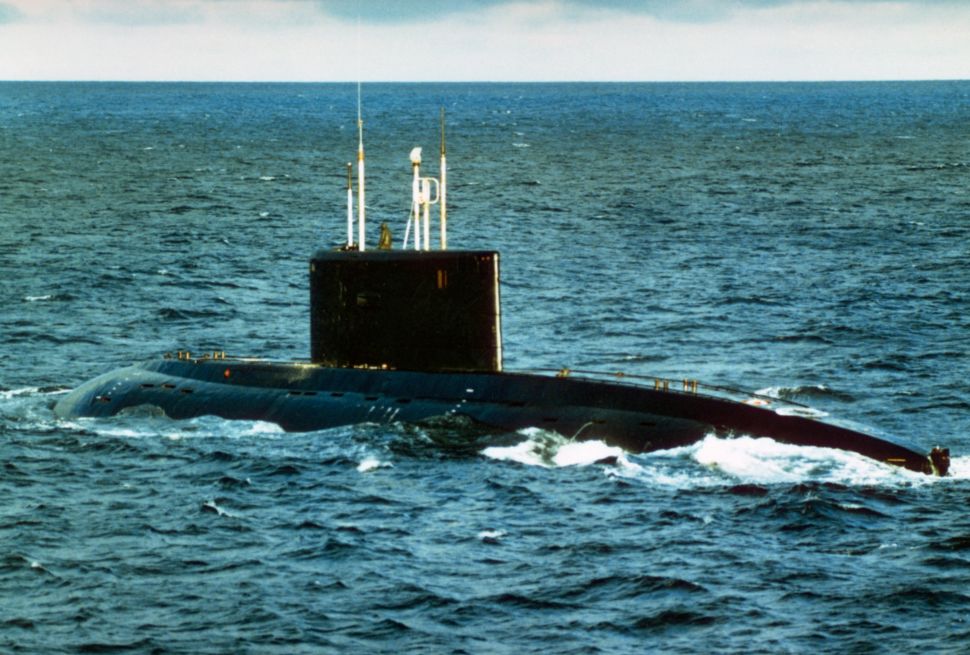