Tesla has claimed that its affordable Model 3 is the “safest car ever built.” In a company blog post dated October 7, 2018, Tesla said “not only has Model 3 achieved a perfect five-star safety rating in every category and sub-category” of the U.S. National Highway Traffic Safety Administration (NHTSA)’s rating scale, “but NHTSA’s tests also show that it has the lowest probability of injury of all cars the safety agency has ever tested.”

However, a new document unsealed on Tuesday shows that the NHTSA never quite approved of how Tesla has been referencing the agency in regard to its Model 3 safety claims.

The document, obtained through a Freedom of Information Act request by nonprofit legal transparency group Plainsite, revealed that the NHTSA sent Tesla a cease-and-desist letter last year ordering Tesla to stop advertising the Model 3 as the safest car tested by the agency.

The NHTSA said Tesla’s claims violated its advertising guidelines regarding the use of its test results. Specifically, the regulator warned that using language such as “safest” and “perfect” to describe a particular rating or an overall score is misleading, because there are multiple cars rated five stars but the agency doesn’t rank vehicles under the same ratings.

According to an email exchanges between the NHTSA’s chief counsel Jonathan Morrison and Tesla’s deputy general counsel Al Prescott unveiled in the document, Tesla disagreed with the NHTSA and refused to change the language in Model 3 advertisements.

“Tesla has provided consumers with fair and objective information to compare the relative safety of vehicles having 5-star overall ratings,” Prescott wrote in an email dated October 31, 2018.

“This is not the first time that Tesla has disregarded the guidelines in a manner that may lead to consumer confusion and give Tesla an unfair market advantage,” Morrison wrote in an email addressed to Tesla CEO Elon Musk two weeks earlier.

The NHTSA has taken issue with Tesla’s advertising for other cars in the past. In 2013, after Tesla claimed that its Model S sedan had achieved a vehicle safety score equated to 5.4 stars, the NHTSA issued a statement, without naming Tesla, saying that it doesn’t rate vehicles beyond five stars. In response, Tesla pointed out that the NHTSA did assign a safety score on each car by taking the weighted average of the Relative Risk Scores (RRS) in front, side and rollover crashes, although this number was not used in the agency’s New Car Assessment Program.

The unsealed document also included subpoena orders that the NHTSA sent to Tesla following several recent crash incidents, including a fatal crash in March of this year involving a Model 3 car operating on Autopilot.

“NHTSA is committed to rigorous and appropriate safety oversight of the industry and encourages any potential safety issue be reported to NHTSA,” the regulator said in a statement. 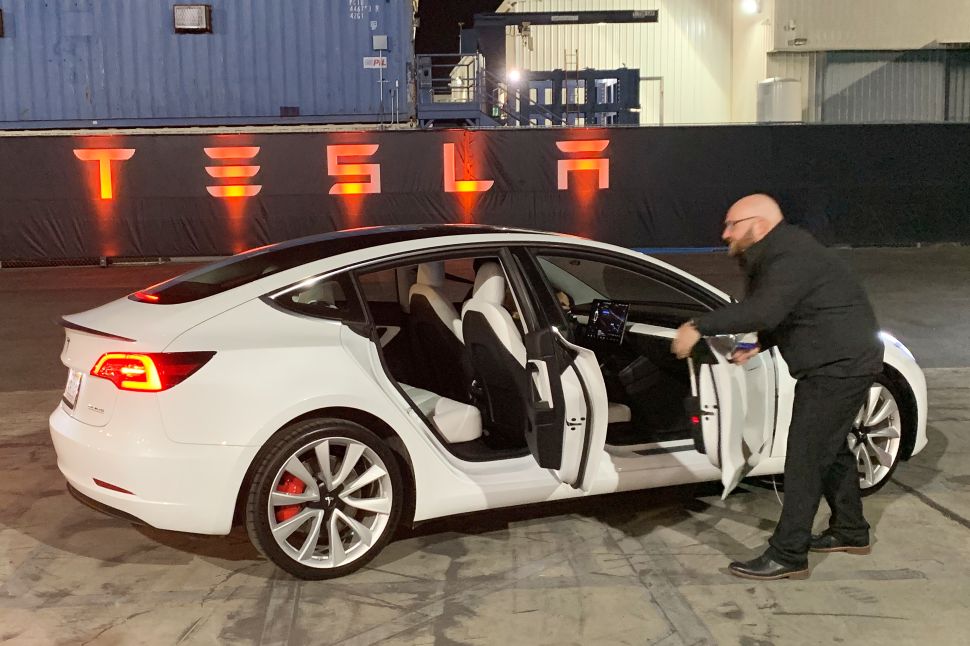