It’s a tough world out there for scammers who operate in the upper-echelon arenas of the fine arts. The wannabe heiress “Anna Delvey” became something of a folk hero for her staggeringly ambitious plan to become the scion of a Soho House-esque venue, but even though her story earned her legions of semi-ironic fans, she wound up sentenced to 4-12 years in prison. This week, in Manhattan superior court, another art world scammer was sentenced to the exact same amount of time in the clink.

British art dealer Timothy Sammons was found guilty of stealing at least $10 million from clients who tasked him with selling their artwork, with the understanding that he would fork over the proceeds. Instead, the indictment states, Sammons misled his targets about the status of the sale, oftentimes paying off his own debts with the profits or using the paintings which were entrusted to him as collateral for personal loans.

“When brokering the sales of high-priced, one-of-a-kind paintings, Timothy Sammons had lying, scamming, and stealing down to a fine art,” Manhattan District Attorney Cyrus Vance said in a statement regarding the case. “For years, the defendant peddled a deceitful, money-spinning scheme, garnering the trust of prospective buyers and sellers only to defraud them of millions and use the ill-gotten gains to fund his lavish lifestyle.” Ultimately, Sammons pled guilty to six counts of grand larceny in the first degree, eight counts of grand larceny in the second degree and one count of scheme to defraud in the first degree.


Sammons appears to have honed a classic grift technique. He used his now-shuttered Upper East Side business, Timothy Sammons Inc, to lure wealthy folks into a false sense of security before he ignored their calls and sold their treasured artwork for first-class airplane tickets.

While the hoodwinked Manhattanites who fell prey to this guy lick their wounds, it’s worth mentioning that Sammons at the very least had good taste: some of the paintings which became bargaining chips in his scheme include Picasso’s Buste de Femme, Reverie by Marc Chagall, and Calanque de Canoubiers (Pointe de Bamer) by dreamy, otherworldly Paul Signac. 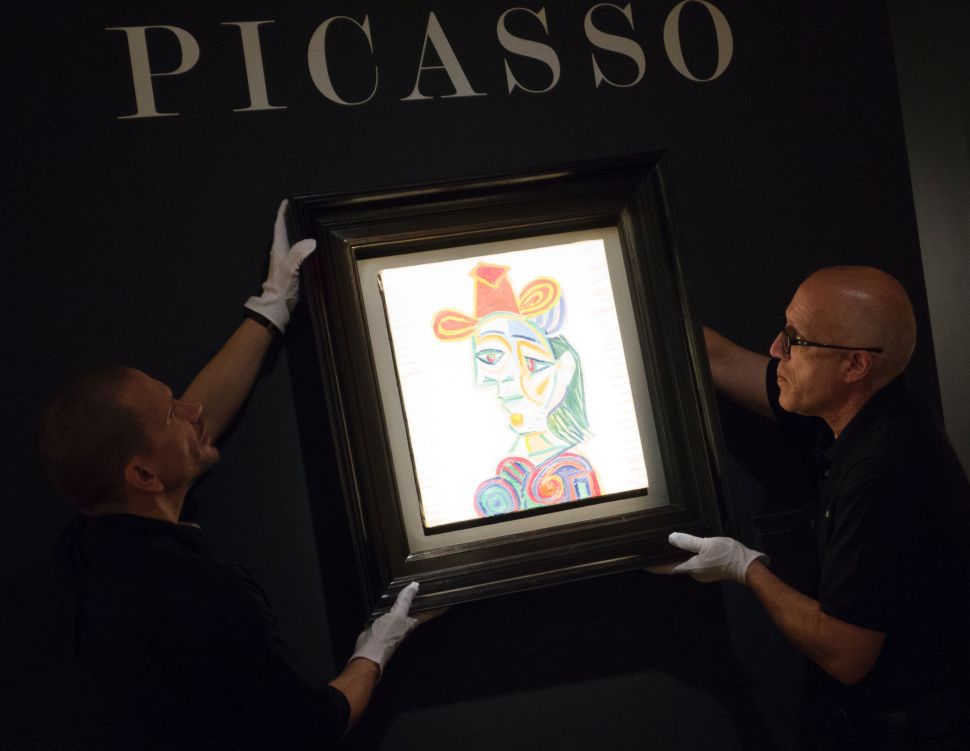