New England Patriots quarterback Tom Brady is now back from his summer vacation and at training camp, after spend some time in Costa Rica with Gisele Bündchen and their kids. The athlete and the supermodel are still keeping busy, and not just with work commitments. The duo, who already own a large portfolio of homes, might be looking to add to their array of properties.

Brady and Bündchen are apparently checking out homes in the suburbs, reports The New York Post.

SEE ALSO: Tom Brady on Comfort, Hair and Taking Gisele Out on the Town

While the duo already owns a sleek Tribeca spread at 70 Vestry, which they bought for around $25.5 million last year, they’ve also been perusing houses in the suburbs upstate, as well as in Greenwich, Connecticut and in Alpine, New Jersey.

Per the Post, they want another large home outside the city with a bit more room for their children and pups to run around, though their Tribeca abode—a five-bedroom, 4,657-square-foot aerie, complete with a balcony—doesn’t exactly scream “cramped.”

They aren’t planning on giving up their apartment, though, and apparently they’ve also been looking at schools for their kids in Manhattan—at the moment, their children are enrolled in Boston schools, where they spend most of their time during football season while Brady plays for the Patriots, so it seems they just want a spare home in the suburbs.

Their main residence is a palatial abode in Brookline, Massachusetts, which Bündchen has filled with crystals and zero carbs, and they also maintain homes in Costa Rica and Montana.

Perhaps they’ll find another house that works within Brady’s beloved number 12—he and Bündchen previously switched which apartment they were going to buy at 70 Vestry due to the football star deciding he wanted to be on the 12th floor, which happens to be his jersey number. 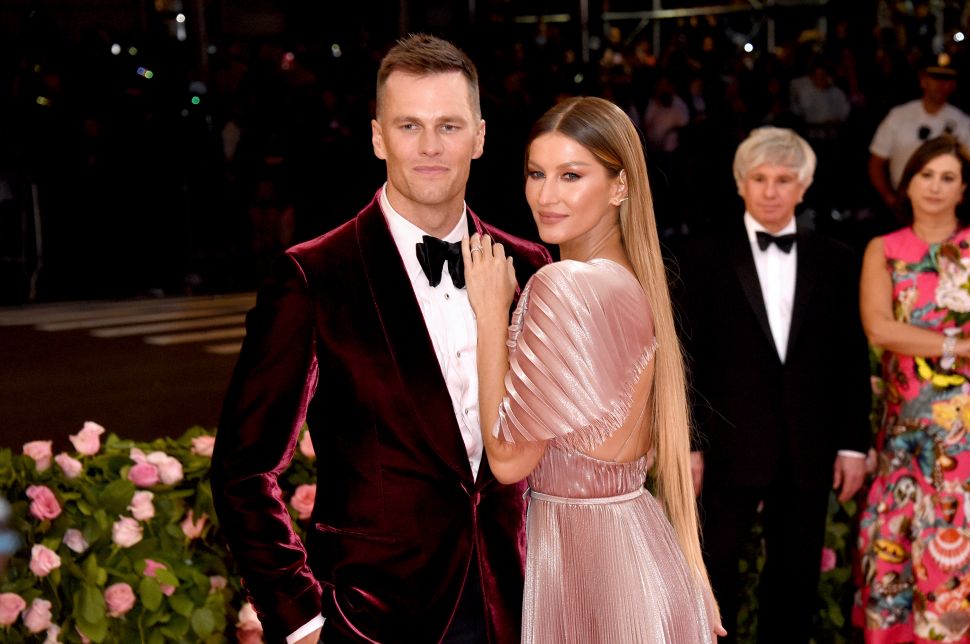