In Sea Wall/A Life, an evening comprised of two solo monologues that first appeared at The Public Theater the past winter, writing duties have been shared by Brit playwrights Simon Stephens and Nick Payne, respectively. But that’s not the only duo attached to this show, opening for a Broadway run at the Hudson Theater this Thursday night, original stars Jake Gyllenhaal and Tom Sturridge return for the double-header in which Gyllenhaal performs Payne’s work and Sturridge takes the stage for Stephens’ monologue—and perhaps that’s really how the lines should be split. Speaking to Observer, Sturridge and Stephens had much to say about the work they contribute to one half of this play, Sea Wall, which opens the show, and how Sturridge sets the scene before even uttering a word.

On the big screen Tom Sturridge been seen as Lord Byron in 2017’s Mary Shelley opposite Elle Fanning, and played a version of Allen Ginsberg in On The Road in 2012, directed by Walter Salles (Motorcycle Diaries). On stage, he earned a Tony award nomination for Orphans on Broadway with Alec Baldwin and an Olivier Award nom for a revival of David Mamet’s American Buffalo in the West End. Born into a show biz family, (his mom’s an actress, his father directed the original Brideshead Revisited), Sturridge, at 33, is an old hand and most definitely in ascendancy.

SEE ALSO: Regina Spektor on Her Circuitous Route to Loving (and Landing on) Broadway

He was most recently in Velvet Buzzsaw, the Netflix horror satire of the high art world featuring Sturridge as a natty, bratty art gallerist who gets his bloody comeuppance ditto many of the other Art Basel snobs played by Toni Collette, Rene Russo, and his Sea Wall/A Life compadre, He Who Shall Remain Jake Gyllenhaal.

We spoke with Sturridge in the second floor lounge of the Hudson, which was refurbished a couple years ago for its first new production, the revival of Stephen Sondheim’s Sunday In The Park With George starring Gyllenhaal (and like Sea Wall/A Life, presented by his Nine Stories production company).

Sturridge is relaxed, open and charged up about sharing these twin meditations on loss and loving with Broadway audiences. Speaking of the “talkbacks” with the audience (which will happen after every Wednesday matinee during this run), he notes that “We never talk about the plays. People talk about their own life experience. It’s astonishingly moving and kind the reason we wanted to bring it to Broadway. That’s the beautiful aspect of this.”

According to playwright Simon Stephens, (Tony winner for The Curious Incident of the Dog in the Nighttime), Sea Wall “is the story of a photographer called Alex and his very beautiful and tender relationship with his daughter, his wife, the mother of his daughter, and his father-in-law and it’s a play about the fragility of love, the fragility of life. I don’t want to do any spoilers but it’s a story about the most normal man I’ve ever written about who sees a truth about normal life that is unbearable to him.”

“This man is entirely aware that he’s standing in front of a thousand people telling story,” Sturridge says of his character. And it’s that latter, aspect, the relationship with the audience that this piece instigates, that Sturridge gets the most out of. “One of my favorite parts of doing this show is that before it starts, I spend some time on stage and whether it’s just exchanging a smile with someone, there’s something amazing in this piece of already before you’ve even started having begun forging a relationship with people in the audience.” 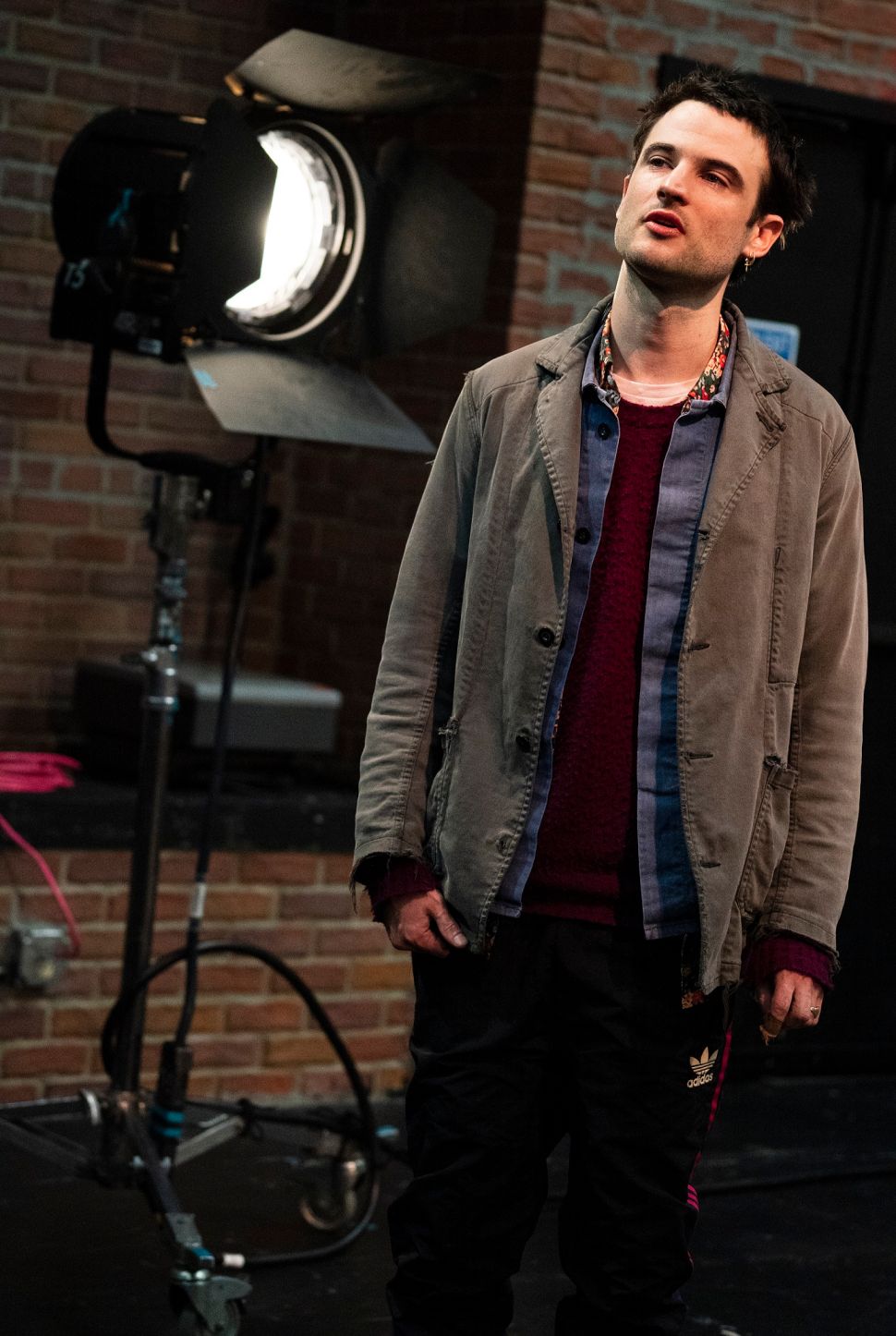