Ever since Elon Musk expressed his intention to take Tesla away from the scrutiny of public shareholders last year, speculation about the electric carmaker being absorbed by a larger company has not faded. At one point, it was Apple. And now comes a more likely contender: Volkswagen.

“Diess would go in right away if he could,” the magazine quoted an unidentified senior manager working closely with Diess, adding that Diess meets with Musk on a regular basis but that Tesla has, so far, shown no interest in striking a deal.

The German automaker quickly denied the report. “The speculation about buying a stake in Tesla made by Manager Magazin is without merit,” a Volkswagen spokesman said in a statement to Reuters on Thursday.

That said, a Volkswagen-Tesla alliance would make a lot of sense for both companies, and the possibility of Diess wanting to invest in Tesla isn’t completely unfounded.

The German auto giant, which owns Volkswagen, Audi, Porsche and a dozen luxury car brands, has been investing heavily in electric vehicles (EV) in recent years. The company has said it expects to sell “a few million” fully electric cars by 2025, which will account for 20 to 25% of its total annual sales. (Tesla sold 240,000 cars globally last year.)

Volkswagen also plans to introduce 70 EV models across all brands by 2028. One of its highly anticipated models, the Porsche Taycan, is set to debut next month.

Tesla could use some fresh capital, too, given its consistently tight cash flow and embattled stock price in 2019 so far. The electric carmaker’s market worth currently stands at $39 billion, a deep discount from the $72 billion price tag Musk proposed last summer.

And yet, even if Diess did want to acquire a stake in Tesla, the biggest obstacle would be to get the consent of Volkswagen’s controlling Piëch and Porsche families, who hold 53 percent of the voting power in Volkswagen Group.

“While it is true that Diess would love to have Tesla’s software developers, he believed it is almost impossible to justify paying $30 billion to buy the whole company,” a banker close to Volkswagen told Reuters on Thursday. 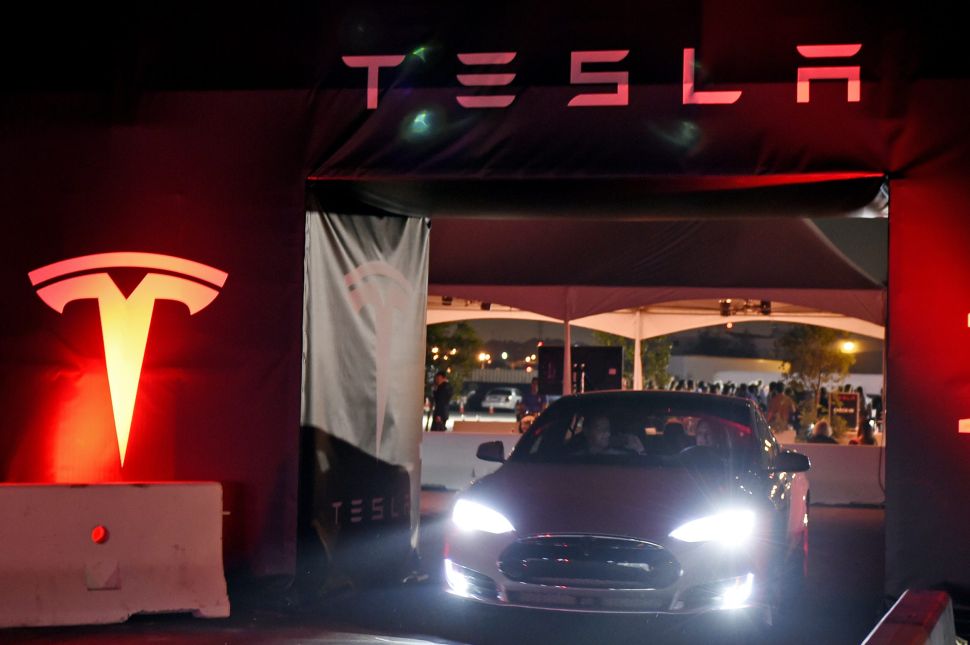