You don’t have to be a placid Californian cast into the merciless chaos machine that is the East Coast’s summer to bemoan humans’ inability to accurately predict when it will rain, and for how long. And the more you know about how weather forecasts work in the United States, the more annoyed and less patriotic you may become. This even applies to members of Congress, who appear to have scared the nation’s meteorologists into seeking weather-predicting innovations whenever (and wherever) they can be found.

The national inferiority complex dates to 2012. Late that fall, while tracking the progress of a storm across the Atlantic, the American Global Forecast System (GFS) predicted this weather pattern would break up and fizzle over the ocean. Instead, what became Hurricane Sandy turned straight toward the New York metropolitan area. The storm flooded streets and subways, many of which are still feeling the effects, killed 233 people and caused $75 billion in damage—just as the European weather computer model guessed it might.

The very bad miscalculation about Sandy has set off what’s become a years-long effort to improve U.S. weather predictions—and to leverage whatever advances in technology or technique there may be to do it, no matter the source.

As acting National Oceanic and Atmospheric Administration (NOAA) administrator Neil Jacobs admitted, even after a recent upgrade, NOAA’s GFS still lags behind both the European Centre for Medium Range Weather Forecasts (ECMWF) and the UK Met Office in forecast accuracy—and nobody is happy about it. Particularly not Congress, which, as the American Institute on Physics (AIP) recently observed, is running short on patience for NOAA to fix its forecasts.

Congress “is perturbed, frustrated, if not downright angry” at NOAA, said Antonio Busalacchi, president of the University Corporation for Atmospheric Research, according to AIP. (Lest you start believing that the private sector would be inherently better at predicting the weather, remember: the data that everyone uses to guess about rainfall comes from government-funded sources, and the Europeans seem to be doing just fine with a public model.)

One reason why the Europeans are better, as Jacobs said in a recent public address, is that Europe allocate five times as much “computing resources” to “weather research” as America does. The Europeans also benefit from a centralized approach. Whereas Americans have more money, the extra resources just create “parallel modeling programs” that aren’t any more accurate, Jacobs said.

To fix this, NOAA is trying to coordinate more closely with both existing federally funded weather modeling—bolstering what NOAA is calling the “Unified Forecast System” and what Jacobs envisions as a “single seamless system” for predicting weather—as well as comb academia for under-utilized advances.

Another more fundamental problem is NOAA’s reliance on older computer models, which Jacobs calls “legacy forecasting products” that persist in large part because whoever runs them has a direct line to a member of Congress, who then “calls and yells at me” for trying to abandon an obsolete product.

So there’s a lot going on! Maybe one way to fix it is to allow anyone with the expertise to jump in the pool and see if their toy will float.

Earlier this year, using money and clout secured thanks to the Weather Research and Forecasting Innovation Act approved by Congress in 2017, NOAA inked a deal with the nonprofit, federally funded National Center for Atmospheric Research (NCAR) to improve computer modeling.

At the same time, NOAA announced the creation of a $15 million “Earth Prediction Innovation Center,” or EPIC—essentially a cloud-based clearinghouse for researchers developing “new and emerging model technology” to “quickly transition” those computer models into making more accurate weather forecasts for NOAA. In other words, if any innovations are happening in weather modeling, NOAA wants to be able to use them—immediately.

This will allow NOAA to “crowdsource model development,” as Jacobs said. It will also allow EPIC “to live outside of NOAA,” essentially allowing weather forecasting in the United States to take both inspiration and direction from outside of the federal government.

Will it work? It could. If NOAA and GFS are ever to “regain global leadership in weather forecasting,” EPIC might be the way to do it, the American Institute of Physics observed this week.

If that doesn’t happen, if academia isn’t able to offer a model and NOAA isn’t able to harness it in time to prevent the next city-wrecking miscalculation, an even angrier—and wetter, or drier, as the case may be—Congress may come back with a vengeance. Or less money. In either event, Americans would be left guessing at what to wear that day, while gazing ruefully at Europeans’ confident choice of linen and umbrella. 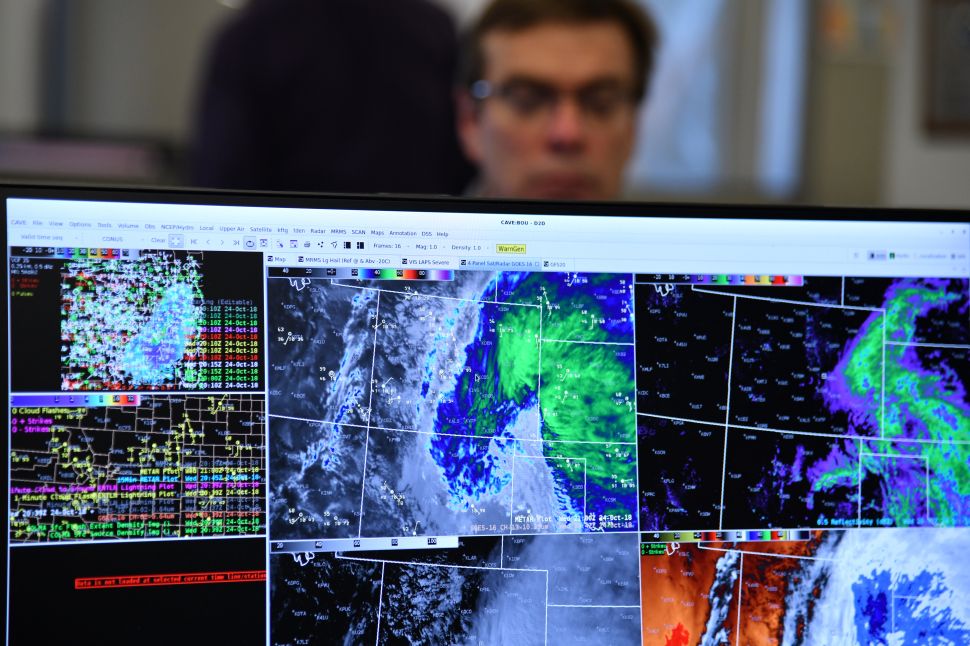