The approach of Labor Day means the approach of hurricanes in the southern and eastern United States. This year, 115 mile an hour winds from Hurricane Dorian will whip through the end-of-summer holiday in Florida, Georgia and South Carolina, according to the latest forecasts early Thursday.

Forecasts aren’t as accurate or as reliable as anyone—not the National Oceanic and Atmospheric Administration (NOAA), and not Congress, which has had NOAA on notice to improve forecast reliability ever since American prognosticators misjudged the path of Hurricane Sandy in 2012—would like, and so until the storm passes, everyone with interest in its path will be “tracking closely” Dorian’s progress over the next few crucial days, as President Donald Trump tweeted on Wednesday.

Forecasts are a literal life-or-death gamble for people trying to decide if their homes will soon be in a disaster zone or not. As a San Francisco-based Twitter user reminded in a viral tweet on Wednesday, scientists at NOAA have been warning for years that high-speed 5G wireless networks will severely interfere with their ability to predict the weather—making things particularly dangerous during hurricane season. Though both the telecommunications industry and its government regulators in America disagree, all the available science “appear[s] to validate” claims that 5G will hamper hurricane predictions, a congressional staffer told Science magazine.

I've got a literally life and death one.

5G cell networks are going to set back weather forecasting ~30 yrs bc they operate at frequencies too near that of water vapor in the atmosphere, harming measurements.

As Telecom TV summarized, in order to track storms, NOAA monitors vapor. vapor emits an electromagnetic signal at 23.8 GHz. There is a limited amount of bandwidth in the world, and the frequency telecom companies want to use for 5G is 24 Ghz—so close it could set weather predictions back 30 years, several experts said publicly last spring, and make things particularly dicey during hurricane season.

Still years away from widespread consumer use, 5G has the capacity and speed to handle the huge reams of data required to run complicated systems like autonomous cars and the completely wired “internet of things.”

As Neil Jacobs, NOAA’s acting administrator, told Congress, running 5G networks in the United States on 24 GHz could “cause a 77 percent data loss” on the microwave sensors forecasters use to monitor vapor, Telecom TV reported. Both the companies eager to sell space on ultra-high speed networks and Federal Communications Commission (FCC) chairman Ajit Pai disagree and insist 5G and accurate hurricane predictions can peacefully co-exist—but just to make sure, lobbying groups are out.

This summer, the GSM Association (GSMA), a global lobby for mobile network operators warned that unless governments cede these key sections of bandwidth, enormous economic benefits are at risk, with “huge consequences for society” above and beyond a hurricane, as Brett Tarnutzer, the GSMA’s head of spectrum, warned. “This could put the economic and innovation bonanza accompanying ultra-fast networks on hold for a generation,” said Tarnutzer, whose organization pegged 5G as worth “$565 billion,” according to TelecomTV.

China will likely be the first country to deploy widespread 5G, a feat officials there say can be done by next year. But 5G is a global project, and in October, regulators and diplomats from the U.S. Department of State will negotiate with representatives of other countries about 5G’s place in the spectrum. As Science magazine reported, American regulators are likely to accept far more incursion from 5G networks weaker than those proposed by European countries—where weather predictions are already more accurate than those in America. And the hurricane-sensitive frequency isn’t the last one that 5G networks say they’ll need. 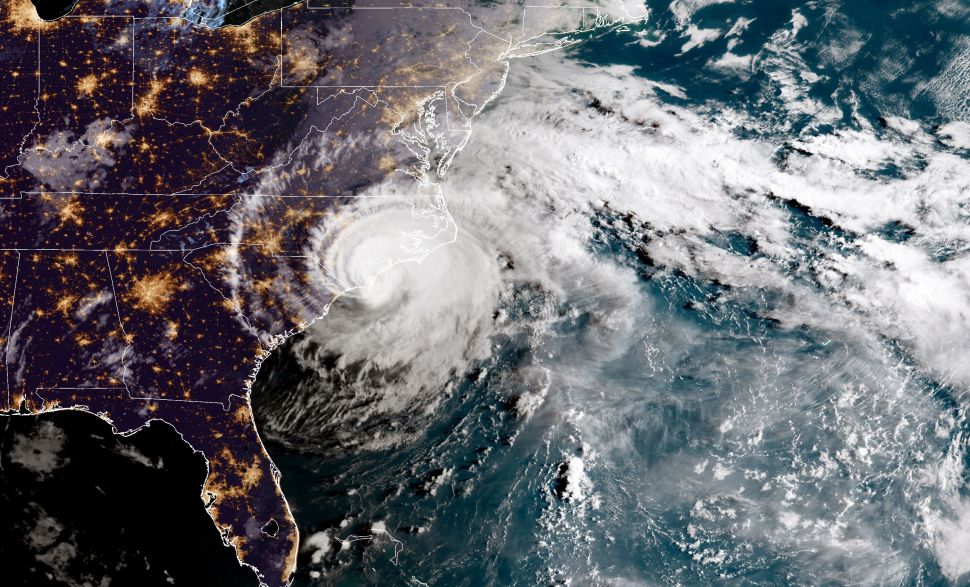