A new weed-detecting device is being developed by the tech industry.

The latest startup to have a go at building a cannabis breathalyzer is SannTek Labs, which just announced an investment from Y Combinator. The Canadian company’s SannTek 315 breathalyzer is designed to test for alcohol, along with measuring the level of marijuana breath molecules based on consumption in the prior few hours.

The use of SannTek 315 by law enforcement is aimed to specifically “correctly determine” THC levels, and potential impairment, before arresting a driver. As SannTek CEO Noah Debrincat told Tech Crunch, the team’s focus on THC is based on their understanding of “what it does to you and the impairing side effects.” This is because TCH, or tetrahydrocannabinol, is what makes up the main active ingredient in cannabis, and is thought to be the most important compound to test for during marijuana screening. The measurement would not affect cannabidiol (CBD) consumption, which was recently decriminalized, as it’s a non-psychoactive compound derived from hemp.

SannTek Labs claims that because a “driver’s blood plasma THC level would have fallen 80% to 90% in the first hour after ingestion,” an instant estimation is needed to accurately arrest a traffic violator.

However, because cannabis-detecting technologies don’t measure the exact amount of cannabis consumed (or the mode of consumption,) their use could result in inaccuracies, says attorney Cristina Buccola, whose law firm focuses on the cannabis industry. After all, “THC presence does not automatically imply impairment,” Buccola explained.

“Even if they could measure blood levels, there still would be problems determining where impairment sets in,” she said. Instead, what police officers using weed breathalyzers attempt to do is measure intoxication, as in concluding impairment by “guesstimating” the presence of THC.

The goal of instant accuracy could cause major issues as weed legalization expands throughout the country. With more privately-developed technology being adopted by police departments down the line, potential backlash caused by court challenges could ensue. Typically, alcohol breath tests can accurately asses intoxication levels, and thus are difficult to rebuke, by measuring blood alcohol concentration (BAC) since alcohol is usually absorbed by the body via mouth and throat consumption. However in the case of marijuana, THC consumption methods vary widely, and therefore can cause reasonable doubt of inaccuracies.

SannTek is just the latest company to attempt to assist law enforcement in marijuana-related arrests. Since state legalization began in the past decide, a slew of other tech companies have been busy building THC-detecting devices. For example, a similar breathalyzer is currently being developed by California-based Hound Labs, which also has plans to partner with police officers. Not to mention, Canadian company Cannabix Technologies has been working on a THC molecules-detecting device similar to the SannTek 315 for the past several years.

“I understand the need for measuring impairment in an accurate, quick, easy fashion. This isn’t it—from what I can tell,” Buccola said. SannTek is currently in talks with the National Highway Transportation Safety Association for approval of the sale of SannTek 315. 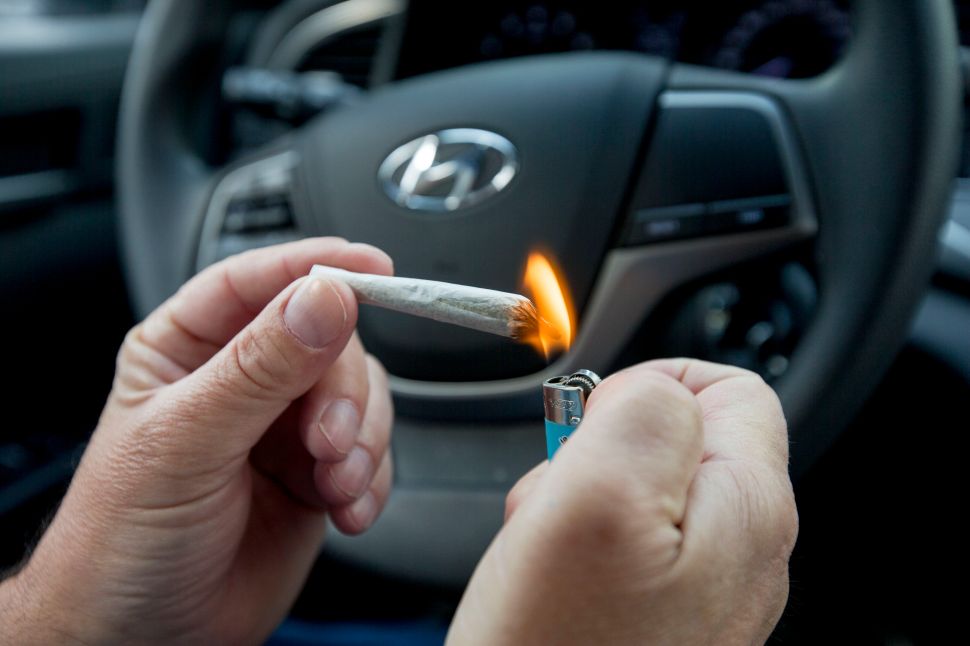