All eyes were on WeWork, or The We Company as it’s now known, this week, with the company’s IPO filing on Wednesday bringing even more attention to its infamous business model.

The real estate leasing startup’s S-1 document filed with the Securities and Exchange Commission(SEC) revealed long-awaited details of the unicorn’s internal financials. But it wasn’t just its unsurprising massive cash burn, a net loss of $1.8 billion in 2018 in the name of rapid worldwide scaling, that caught analysts’ attention. Nor was scrutiny solely on its lofty $47 billion valuation as the company prepares for its public listing in the coming weeks.

It’s been WeWork co-founder and CEO Adam Neumann’s tight grip over the company’s future that has drawn red flags. As Bloomberg noted shortly after the filing became public, the CEO, along with his wife and co-founder Rebekah Neumann, essentially hold WeWork’s fate in their hands. This includes a future successor of the soon-to-be public corporation, in which a clause dictates that a new leader would be handpicked by Rebekah Neumann along with “two or three” others, in case of Adam Neumann’s death or incapacitation. CEO Adam Neumann will also hold 50% of shareholders’ voting rights after the IPO, along with upwards of 110 million shares in the company that could make him billions of dollars.

Other tidbits include a document showing that the CEO has taken out millions of dollars in loans backed by his WeWork shares. The information comes at the heels of recent reports that he owns some of the buildings that WeWork leases and operates, essentially making him a landlord for his own company.

All in all, WeWork’s confidence in Neumann is evident in its filing, with the company stating: “Adam is a unique leader who has proven he can simultaneously wear the hats of visionary, operator and innovator, while thriving as a community and culture creator.”

However, the reaction to Neumann’s questionable power finances is clearly marred with concern for WeWork’s future, as well as his other investments. For example the IPO filing occurred as a British startup he helped fund this year (Scotland-based energy company Faraday Grid) announced its sudden bankruptcy.

As WeWork’s closely-watched public debut unfolds in the next month, Neumann’s involvement in his company’s forthcoming plans will undoubtedly continue to draw attention. 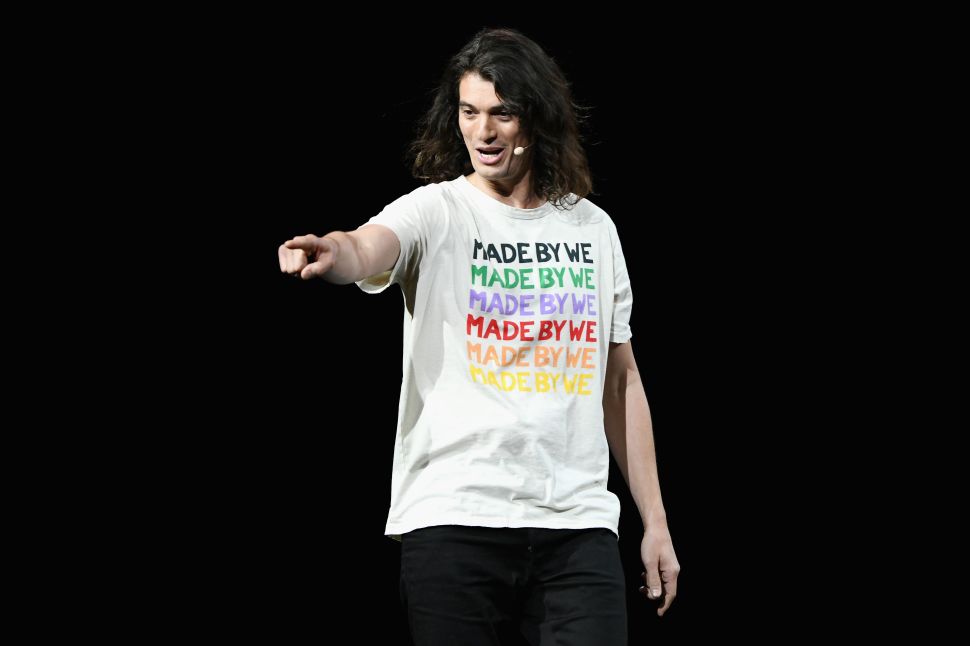