About halfway through Richard Linklater’s adaptation of Maria Semple’s best-selling novel Where’d You Go, Bernadette, an artificial intelligence engineer named Elgin (Billy Crudup) describes his wife’s behavior to a psychiatrist. After hearing what he has to say, the doctor, played by longtime movie everywoman Judy Greer, diagnoses the woman sight unseen as agoraphobic, depressive and manic, and also struggling with grandiosity and anxiety while quite likely suicidal.

Of course by then, we in the audience have already spent a bit of time with said woman, Cate Blanchett’s Bernadette Fox. A constantly detonating quirk bomb, Blanchett plays Bernadette as if she has every one of those issues plus a few more piled on for good measure. It is a supremely mannered performance, one in which Blanchett takes great pain to stretch out the vowels of each of the words she says as if she is playing with salt taffy. It is the Oscar winner’s most affected performance to date, which is truly saying something when you consider that she has already played both Katherine Hepburn and Bob Dylan.

SEE ALSO: ‘Blinded by the Light’ Captures the Profound Effect Pop Culture Can Have at Its Best

In telling the story of a wealthy and misanthropic former MacArthur ‘Genius’ Grant recipient who now spends her days warring with her neighbor Audrey (a brittle Kristen Wiig) and engaging in retail therapy through a virtual personal assistant, Linklater creates almost none of the quiet moments of humanity for which his films are known and beloved. Instead, all of the breath is pushed out of the story in an avalanche of pointlessly chaotic actions and words that overwhelm the characters in the same manner that Bernadette’s muddy hillside collapses into Audrey’s living room during a fancy fundraiser for a neighborhood school.

The title refers to two disappearances. The first happened more than a decade before this tale begins, when Bernadette, a self described “bitch queen of architecture,” retreated from her all but certain destiny of being the next Frank Ghery after suffering a devastating early career setback, much to the consternation of her mentor (Laurence Fishburne). The second occurs when her self-destructive behavior catches the attention not just of a psychiatrist but also a federal officer (American Splendor‘s James Urbaniak) and she hops out of a window in the rambling former reform school she lives in with her family and jets off to Antarctica, both to escape the reality of her situation and perhaps recover her creative urgency.

Bernadette’s 15-year-old daughter Bee (newcomer Emma Nelson), who describes her self-obsessed mother as her best friend, tracks her down. Unfortunately none of the relationships in the film—not theirs, not the fraught and fading one between Bernadette and her husband, not even those between Bernadette and the clucking hens in her neighborhood who serve as her antagonists—generate much electricity or momentum. Instead the job of piloting this lumbering jalopy falls entirely to Blanchett, and watching her try to carry that mammoth load is exhausting.

I found myself desperately wishing we had met Bernadette at another point in her life, when she had a better sense of herself and was something more than the DSM–5 made manifest. Instead, the more compelling parts of her story are crammed into a clumsy narrative device: an in-film fake documentary that details the highlights of her once promising career and features talking heads played by Megan Mullally, David Paymer and Steve Zahn.

There are moments, especially toward the end (including an intriguing post-credits sequence), when we finally catch a glimpse of the creative spark that lies beneath Bernadette’s fruit basket turnover of surface ticks. It is only then that we get a sense, not only of what Blanchett is trying to achieve in her baroque approach to the character, but also what this busy mess of a movie possibly could have been. 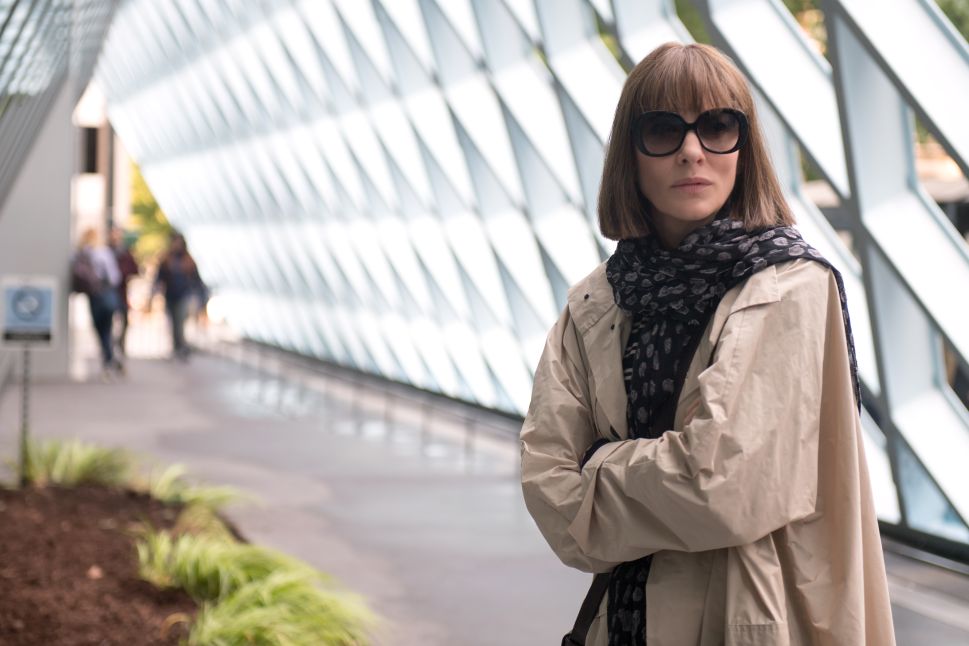